Hey, got your attention, didn’t I? 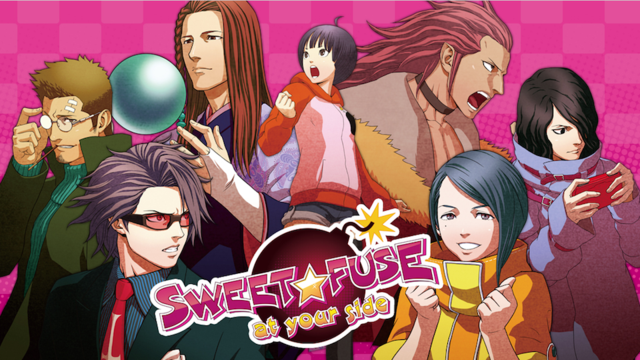 This summer, those lovable hugbugs at Aksys Games (publishers of, among other things, 999 and Zero Escape: Virtue’s Last Reward) are readying for release an English localization of Sweet Fuse: At Your Side, which is a PSP (??) visual novel (??) starring the niece of the actual real-ass creator of Mega Man, Keiji Inafune (?!?!). You’re trapped in an amusement park at the whims of a deranged killer, forced to defuse a series of bombs if you ever make it out alive, but more importantly—handsome men! Handsome men, everywhere! It’s an otome game, which means that at all times you’ll be surrounded by a gaggle of conveniently single and ruggedly handsome anime dudes, all of whom want to date you, so long as you select the right dialogue choices.

The sad thing is, they're actually better actors than the voice actors in the original.