Welcome to the 24th installment of “What the Crap?”, where we take a hard look at just what the crap is going on in the world of gaming. This time around, we’re talking breaks. Even the most hardened enthusiastic can’t go more than three hours in a game without taking a bio break. Whether it’s unloading your waste or fueling up with some unhealthy snacks, we all need to pause the action every once in a while. Every major game controller from the past 20 years has a dedicated pause button. Generally, pressing it will cleanly pause the action, possibly opening up a configuration or inventory screen, and then stand by until the player is able to return. But sometimes this isn’t the case. For some crappy reason, some developers have decided to eschew this time-honored tradition. No matter how hard you try, you cannot pause that which is unpausable!

Despite being heavily laden with racism, Mike Tyson’s Punch Out!! has brought us many hours of gut-wrenching, heart-racing action on the NES, even without the Power Glove. But sometimes, your heart can’t take it and you need a break. Well, sorry buddy, you’re going to have to wait until the round is over and you’re in the corner. Or, you can just give up and retire, like in the middle of Rocky III. Some may argue that they’re going for realism here, but is it realistic to have to box someone three times your height and weight? What about the referee’s 10-count being faster for you than for your opponent? Why would referee Mario betray a fellow New Yorker, anyway? Or how about the fact that you can stay in your corner as long as you want until you’re ready? This is an exciting game to play, but you may find your bladder in a troubling situation when attempting to dodge Mike Tyson’s one-hit-KO hooks. 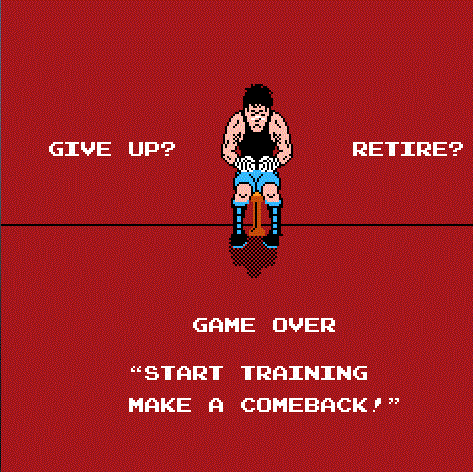 I went for a bathroom break and this happened.

Dark Souls is highly regarded in the hardcore gaming circuit, but I think most people just really hate the series for its high level of frustration. GameCola staff member Nikola Suprak wrote in great detail about Demon’s Souls, the game’s predecessor, and I strongly suggest you give it a read. The game thrives on being “hard,” which it is, but it’s really more just infuriating than challenging. It has a detailed stats system that makes it difficult for the novice to pick a valid build (highly contrasting compared to, say, Skyrim). Also, if you want to take a break from the game, feel free to hit the pause button. But be warned, while you see a familiar stats screen as in many games, the action isn’t really paused. You can be tinkering with the stats screen and get ambushed by some skeleton warriors. Combine this with other annoying features such as being invaded by other online players (but not having voice chat), a complete lack of a story, and the inability to manually save a game and keep backups, and the unpleasantness is more overbearing than the difficulty setting. Any game can be made difficult. If you want a challenge, try beating Skyrim with nothing but your fists, or getting a gold trophy in Mario Kart by driving in reverse. The options are there for you, and you can be as creative as you wish, but you’ll still have the ability to pause the damn game. 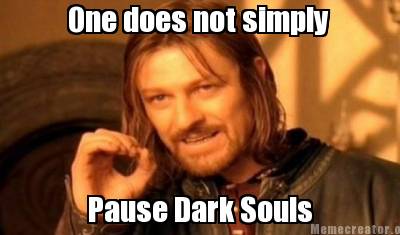 Battletoads is…as you may have guessed, a bunch of Ninja Turtles knockoffs going around punching crows and pigs for some reason. It’s a really hard side-scroller that I am pretty sure is impossible to beat. On many cooperative run-through attempts with my brother (which were fraught with failure), my mom would often come down to tell us that dinner was ready, or that the house was on fire or somesuch. I’m not really sure, because when she asked us to pause the game, we couldn’t hear a damn thing she was saying. So, yes, while you CAN pause the game, the developers decided to overlay a heavy baseline tune that’s about twice as loud as the actual game itself. 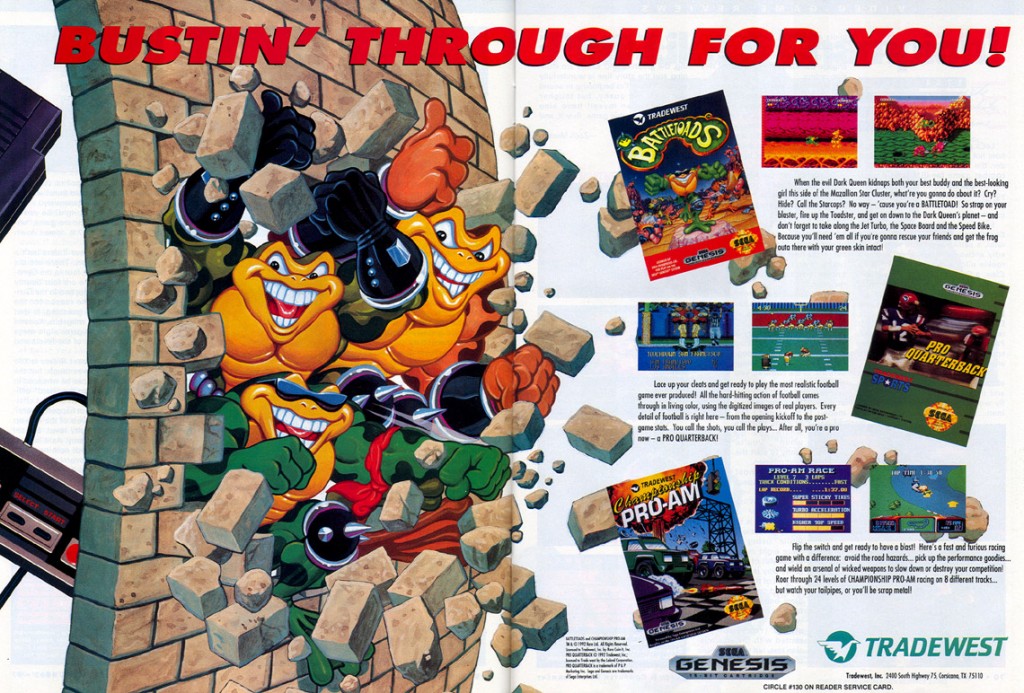 A Genesis advertisement with Nintendo controllers. What the crap?

If you’ve played any online game, you’ll find that pausing generally just isn’t possible, and doesn’t really make sense. You’re all playing simultaneously, so it’s not really fair for someone to be able to pause the game. A real-time strategy bout can go on for a long time, so I guess that’s why the folks at Blizzard decided to put a pause feature in Starcraft. A player can pause up to three times in a single match. But if you’re pounding your enemy, are you really going to grant him the honor to pause? Did General Washington grant Cornwallis a ceasefire at Yorktown so he could take a swig of warm ale? No, sir! It seems almost pointless to have this feature, but at least it tells you which cretin pushed for the unpause, so you can all gang up on him, if that’s your thing.

From the lowliest peasant to the mightiest king, who doesn’t enjoy a good pause every now and then? With such hectic lifestyles as we all have in the modern age, why deny us this right? I would not be surprised to see some Pause DLC coming to an online store near you.

It's the distant future of 2007! Cars run on trash, and mohawked-marauders roam the streets after curfew. Also, in the future George Hamilton and Vanna White are news anchors, and Andy Dick is a meteo ...