One of the highlights of PAX East 2013 was the news that RPGs are trying to innovate with battles. RPG Battle Gimmicks were popular during the SNES era. Final Fantasy VI had Sabin, whose control scheme was replaced with a Mortal Kombat-style combo breaker. Tales of Phantasia tried to replace traditional battles with side-scrolling action scenes, and EarthBound gave gamers an “auto battle” feature that let you bypass battles completely. 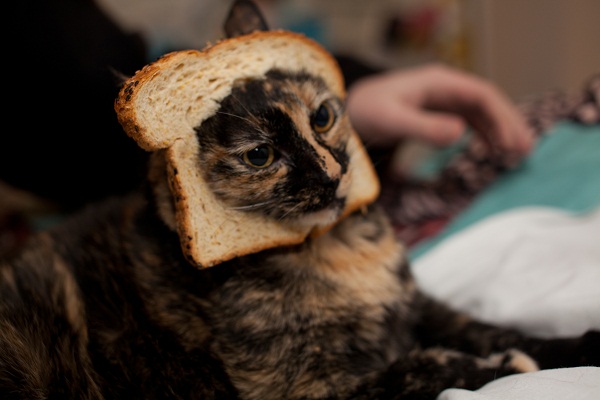 The warrior cat prepares for battle with his special helmet.

This is the best game idea I have heard of in a long, long time. Everyone loves pictures of cute cats, and everyone hates RPG battles. Replacing RPG battles with cute cats is a brilliant idea. It’s like the game is actively trying to reward me for doing what I normally do.

The longer you look at a picture, the more damage your characters do in the battle. When your characters level up, they get more cat pictures they can look at. One of the characters in this game is a cat. The more I play RPG Cats, the more I’m convinced that it will be a best-selling game.