One of my favorite bands is transmogrified into the world of video games. I thought they could do no wrong, but I was gravely mistaken.

A cartoon series was produced by Cartoon Network to pander to the Japan-obsessed youth culture that was born around the beginning of the 2000s. It features the likenesses (and includes appearances from) Ami Onuki and Yumi Yoshimura, the two members of the Japanese pop band Puffy AmiYumi. Cartoon Network took the show’s expected (and meticulously calculated) success as a opportunity to release two tie-in video games.

This is the first of two tie-in games released to coincide with the television show. Hi Hi Puffy AmiYumi: Kaznapped! is a cookie-cutter and grossly repetitive platformer with all the soul of a dried trout. That’s not to say the game doesn’t have merit, but rather that it totally gets super boring quite quickly, which kills whatever it does right. There is a lot more to this game than what I’ve played. Harder difficulties and secrets abound, but I just haven’t got the patience. There’s only so much of this game I can take; like hell I’m flooding any more of my precious time into this.

Having beaten the game, I’ve wasted enough of my life as it is. Just because I’ve been following this band for years doesn’t mean I have to subject myself to all of the side projects and tie-ins. Somehow I managed to avoid watching the series until now, but the show is everything I expected it to be. It’s good fun, has interesting stories and doesn’t take itself too seriously. I cannot say the same about the game. 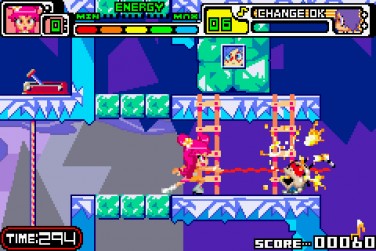 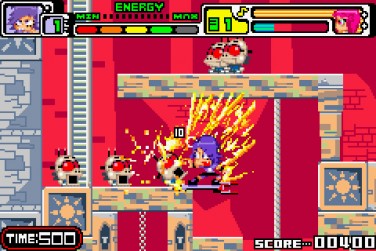 Based loosely on the television series, Hi Hi Puffy AmiYumi: Kaznapped! sees the two stars of the band forced to travel the world to save their manager, who has been kidnapped by their number one fan. The manager’s name is Kaz, he has been kidnapped, ta-dah—Kaznapped. The name sucks, people!

In this game, you switch between the characters on demand, at least, most of the time you can. Each character has skills that the other doesn’t, forcing you to switch between them constantly in order to complete each level. Ami can use her microphone cord as a whip lasso on specifically placed hooks, to cross over large gaps in the stages. She can double-jump and triple-jump, but she’s useless when it comes to defending herself. For maneuverability, there’s no one better, though.

So you’re getting your posterior kicked? This is when you need to change to Yumi, who focuses more on the offense. She can’t even double-jump. Although she can ride through the air on her guitar, she still can’t cover as much distance as Ami can. Yumi can instead attack enemies, push boxes and crack open giant blocks. Because each level is filled with hooks and boxes and blocks, you’ll constantly be switching between the two characters. And I mean, constantly.

So we really need this many box pushing puzzles? Do the levels really need to be this maze-like? It’s good, but it’s kind of mundane.

I’m not against a little bit of challenge or some brain-taxing puzzles—but pushing boxes around isn’t “a puzzle”. It’s a chore. Having to switch characters every few seconds to navigate a particular obstacle is a chore. If I wanted to do chores, I’d bloody well do chores. 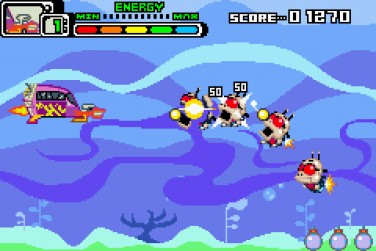 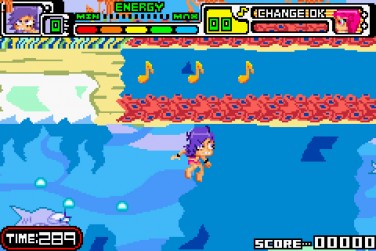 Apart from the flying stages between each world, which are irritating, there’s very little to change things around. Oh, and there is one stage that takes place entirely underwater. That stage is particularly infuriating. I enjoyed that stage, though, quite ironically, because it has the Super Mario 64 problem where you can heal life-threatening wounds simply by coming up for air.

Despite these little genre juggles and small changes, the game is a slog all the way through. Would it have hurt to make the game a little less monotonous? Who am I kidding; so long as the game works, Cartoon Network really couldn’t be bothered. Cartoon viewers are game buyers.

With unlockable costumes, hidden collectibles and incentive for multiple play-throughs, it’s not like this game doesn’t have enough content stashed away. That content is there for the players who are happy to spend their time getting to it; it’s just that grinding through the game to collect everything isn’t fun.

For a single run, fans of the show or the band should check this game out. It’s got synthesized music that sounds like it could vaguely be like Puffy’s usual output, and the graphics are really appealing and very close to the style of the show. If you’re just a gamer with a penchant for platformers, I’m not really sure I can recommend Kaznapped. It’s dull and repetitive near the end, and I realized that I was no longer playing for fun, but just to be able to say “Right. I’ve beaten it. I don’t have to play it anymore.”

That kind of defeats the point of playing games. It’s for fun, right?

By all means, check this game out. In the first few minutes, you’ll be really digging it. But if you’ve got an attention span like mine, by the point you go back in time to the prehistoric era and run from dinosaurs, you’ll probably have had enough of it all. It is a charming game just short of brilliant, but held back by complicated level-design and repeated puzzles. 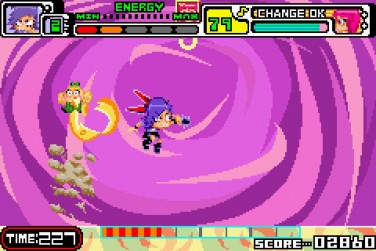 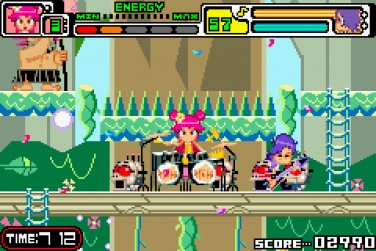 Videogame journalism proves how awesome the United States is.