In January 2012, Capcom released the iOS port of their DS game, Ghost Trick: Phantom Detective. It was really nice to see the game’s unique graphics in HD, but something was missing.

You see, the Japanese iOS release had two bonus games. The first one is “Missile Omikuji”, a game in which Missile reads your fortune. Don’t tell anyone, but Capcom copy/pasted this game from their website. 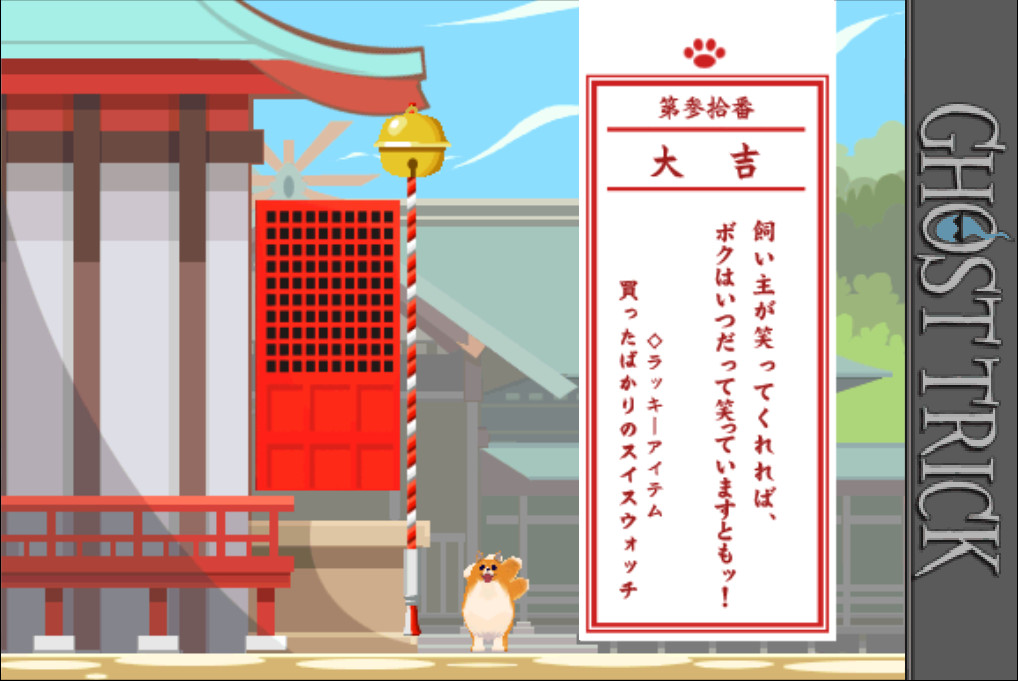 I’m a little disappointed that this game wasn’t included in the US version, but I understand that it’d probably be more work than it’s worth to translate it. The second bonus game is called “Ghost Shuffle”. It was added to the US version in December 2012. I have no idea why it took them almost a year to translate this minigame.

You can’t play “Ghost Shuffle” unless you beat the main game first. I got the short end of the stick here, as I was forced to replay the entire 14-hour game, in order to unlock “Ghost Shuffle”. Was it worth the effort? 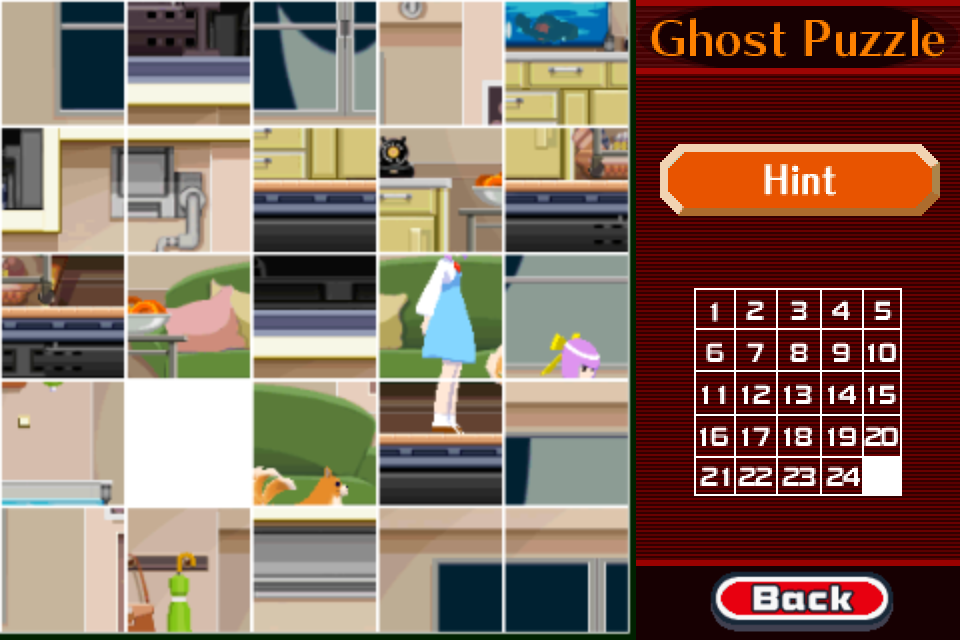 Ghost Shuffle is a slider puzzle. Your goal is to recreate scenes from the game, on a 3-by-3, 4-by-4 or 5-by-5 grid. There are three scenes in all: Kamila looking for the music box, Bailey dancing, and character running animations. The scenes play out on the tiles as you move them around, which is a nice little effect.

There are nine slider puzzles in total. Every time you solve one, you get a free wallpaper. All nine wallpapers can be found here. I suspect that these were taken directly from the game’s website, just like “Missile Omikuji”.

Slider puzzles tend to be kind of boring in general, and this one takes 14 hours to unlock. Unless you really like slider puzzles, I’d say forget it.

Let’s end this blog post with some cosplay. The actor playing Missile is really good in this picture: 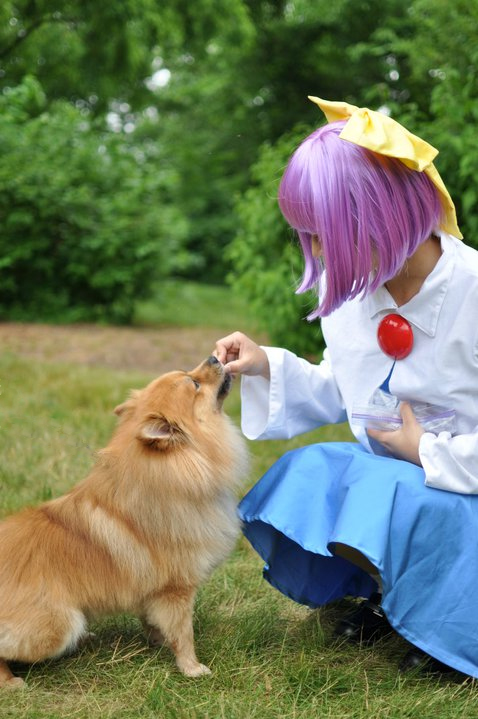