One of our writers, Dan Conlin, likes to come up with his own little backstories for his characters in the games he plays. He recently completed another playthrough of Mass Effect: Andromeda and decided to write down this extragalactic tale as he envisioned it. Now, here’s part three of the story that you’re getting whether you like it or not.

What follows are more of the personal journals of Skip Ryder, Human Pathfinder of the Andromeda Initiative, graciously donated by his friends, with the stipulation that having his secrets published for all to see is really his own fault for writing them in such an easily hackable datapad. 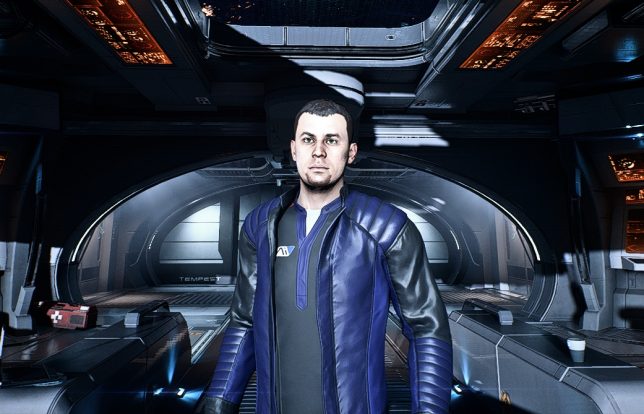 We have a new crew member. His name is Drack and he’s got legit chef skills. Made this roast faux-varren that just melts in your mouth. His granddaughter is one of the higher-ups on the Nexus and they’re pretty close. Oh, and also he’s an ancient krogan who wears the bones of his kills as armor. Nice guy.

We found him carving a path of sweet, sweet carnage across Eos and he eventually joined up with us because I impressed him by not dying yet. I find that refreshing. I wish that was enough for other people to like me. Less pressure.

Anyway, we found a new alien race. Well, technically they found us while we were running from the other new alien race we found. Needless to say, we didn’t feel great about this arrangement.

They were pretty cool, though. And I’m not just saying that because one of them is currently standing behind me watching me type. (Hi Jaal. Enjoying your tour of the ship?) (Jaal’s note: [translated] I have no idea what this text says.)

They call themselves the angara. They didn’t immediately shoot us and the racism was mostly kept to slightly hushed whispers, which I call a positive. They even immediately asked me to do some manual labor for them, which made me feel right at home. That was a nice touch. 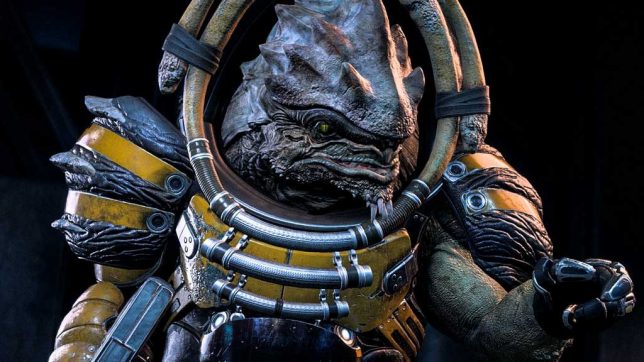 Now we’re on an ice planet, which just so happens to be a super important, culturally significant location for the angara. It’s extremely cold. Liam and Peebee bolted a beer holder on the outside of the Nomad. If I wasn’t the designated driver, I’d have given them raises. (Peebee’s note: Give us that raise or I’m telling Cora you drink and drive.) (Liam’s note: We get paid?)

Same story, different day at this point. Find a new planet, make it less terrible, establish a colony. I feel kinda weird about putting down roots on all these inhabited planets, but the angara seem cool with it. Jaal tells me it’s an acceptable compromise for our help against the kett.

Honestly, this place is just…boring. I mean, as boring as a planet infested with countless hostile aliens completely focused on wiping us out can be. (You’d be surprised.) Lots of opportunities, though. We made ice sculptures as a team building exercise. Vetra made some basic shapes. Cora made a scale model of her favorite gun. (I still say using biotics is cheating) And I made a hole. Vetra knocked her sculptures into it, Liam shouted “two points!” It was an OK time. (Vetra’s note: For what it’s worth, the hole was surprisingly symmetrical. Good job, Ryder.)

Addendum: This is a test. How many of you on the crew are reading my journal?

(Vetra’s note: Should we raise our hands, or…)

(Lexi’s note: I’ve read some books on psychiatry, in case you’d like to talk.)

(Gil’s note: Why haven’t you mentioned me in here?) 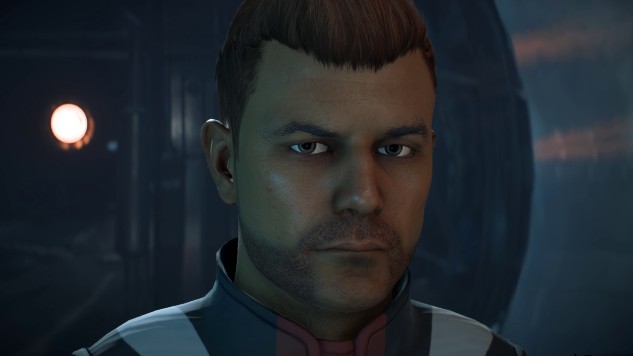 Looks like I’ll have to get over these breach of privacy concerns in a timely manner. Apparently we have more pressing issues, such as oh, I don’t know—the fact that the kett are actually genetically modified angara? Yeah. Fun thing to find out about your new friends within days of meeting them. There are people on my own crew whose names I have to keep written down.

It was as much of a surprise to the angara as it was to us, to be fair. But let’s be real here. Who among us hasn’t had an existential crisis in the past month? It’s practically a rite of passage into our little clubhouse. As is losing at poker to our chief engineer, Gil. (Gil’s note: Aw, you shouldn’t have.)

So much just got dumped on my plate at once. There’s a planet full of angaran scientists we need to check out. There’s also another planet full of outlaws that, naturally, requires a visit. The director of the Initiative keeps hounding me to essentially do his PR work for him. Several lab geeks on the Nexus asked me to take on side projects for them. Let me take a breath before I continue.

We can’t find any of the other arks, meaning the bulk of the asari, turians, and salarians who came to Andromeda are lost somewhere out there. Some of our own people have started attacking me on random worlds. There are rumors of treason and sabotage floating around the Nexus. My sister is still in a coma.

And on top of that, I think I accidentally flirted with Vetra. (Vetra’s note: Oh, please. Don’t pretend it was unintentional just because you suck at it.)

If "persuasive speeches" came up with an old Be Careful What You Search For, what did the original searcher find?