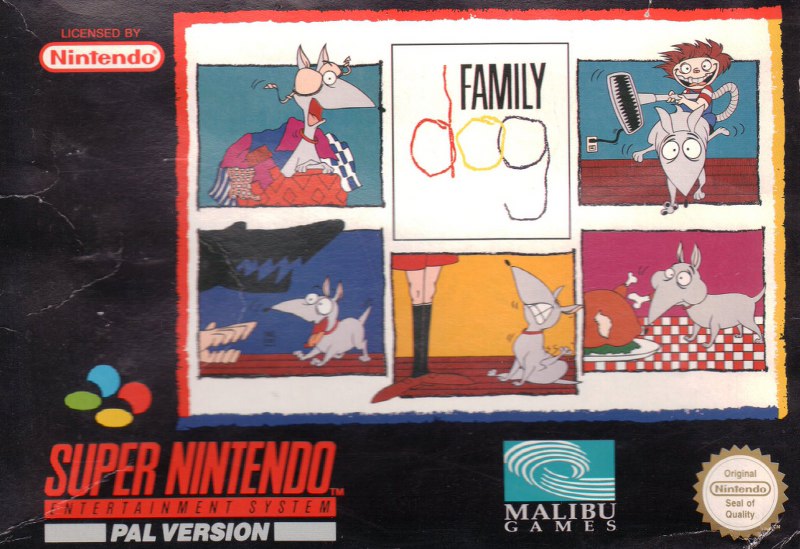 I was browsing through my “F” Super Nintendo games the other day, and came across a game I’d never heard of: Family Dog. A very curious title; was it a Tamagotchi-like game, a world-adventure game like Milo and Otis, or something else? Well, as it turns out, it’s an awful sidescroller by LJN, and it’s probably one of the most wretched, nauseating games I’ve ever played. 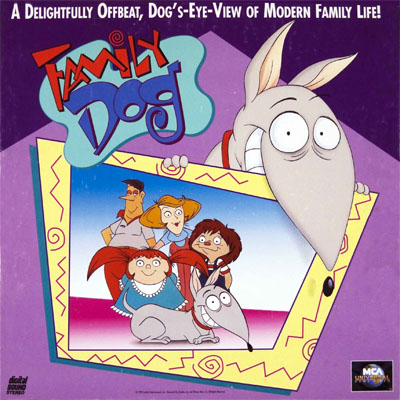 It turns out that Family Dog was an unpopular TV show in 1993. The game came out in 1992, according to the title screen…how is that even possible? The game came out after the show according to Wikipedia, so…I don’t understand how that’s possible. Despite the mother being voiced by Annie Potts, this show only lasted ten episodes. How could CBS remedy this blunder? Why, license the game to a horrible game outfit, of course! And that’s how Family Dog the game was made.

The game starts off with the dog outside his house digging for something on the sidewalk. That’s right, the animation looks like he’s digging in the dirt, but is, in fact, digging on the concrete. A boy calls the dog in, and then the game begins. 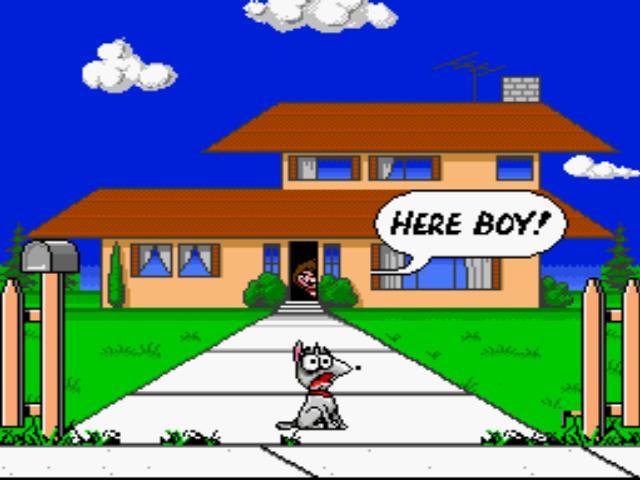 The first level is inside the house. A typical American house with a mile-long first floor with duplicate window curtains and cats, flying books, dog treats, dreidels, and other silly crap all over the floor. Behind pillars and bookshelves is a little boy trying to shoot stuff at the dog. It’s really quite cruel. Are the game developers trying to teach people how not to treat animals? Is this a PETA game? Flying books made sense in the New York Public Library, but is the dog’s house haunted? After a few stages, you’re invited by the boy to play fetch. Seems sane and friendly enough. You have to run after the ball with the ‘X’ button (incredibly awkward controls). If you don’t run your little doggie heart out fast enough, the ball hits a little baby girl down the hallway and she starts to cry, which means you lose a life. So, does a family member beat the dog and you lose a life? Again, no explanation here. Kinda terrifying. 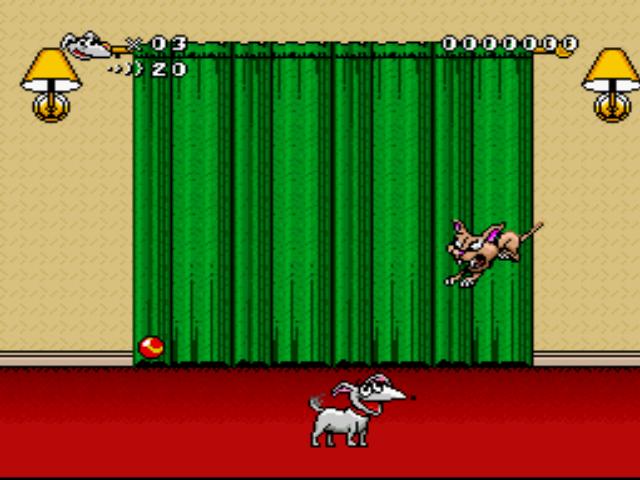 I hate this fucking cat!

Other than running and jumping over obstacles, you don’t have any defenses. The dog does have bark power that he can use, which shoots out a sound wave in front of him. However, it doesn’t have any effect on anything that attacks you unless you use it multiple times. Why make it so weak? This reminds of those horrible Home Alone games, but at least those had a semblance of a plot.

This game is incredibly cruel, difficult, and just makes no sense. I would score this a zero if possible. There’s a reason you’ve probably never heard of it, and hopefully this will be the last.

OK, so, this month, the depths of my procrastination and lack of inspiration have driven me to do something I really don't have the money to do. I'm going to order you a Japanese pizza. And what's mor