Pure Love is a Japanese dating sim where you date a member of a popular idol group, all of whom look the same. 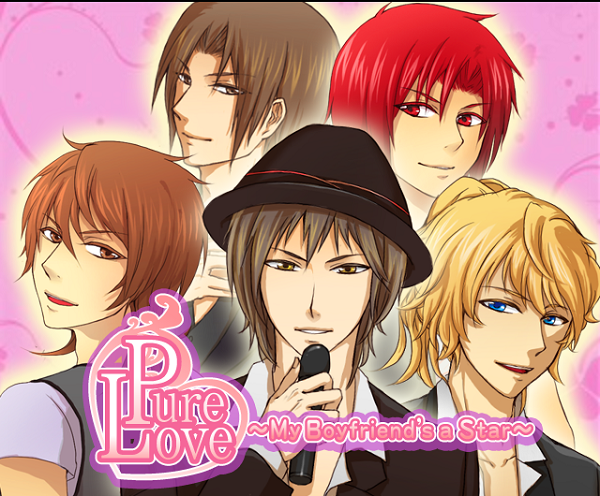 The story is that you are Lucy, a foreign exchange student who is trying to learn Japanese. You are working at a fast food restaurant, when the manager of a talent agency appears. The first thing he says is, “I will have a take out. I will take you out.” After this eloquent turn of phrase, you find yourself in his car, on the way to a modeling audition.

Before all that happens, though, the manager gives you a tutorial on how to play the game. 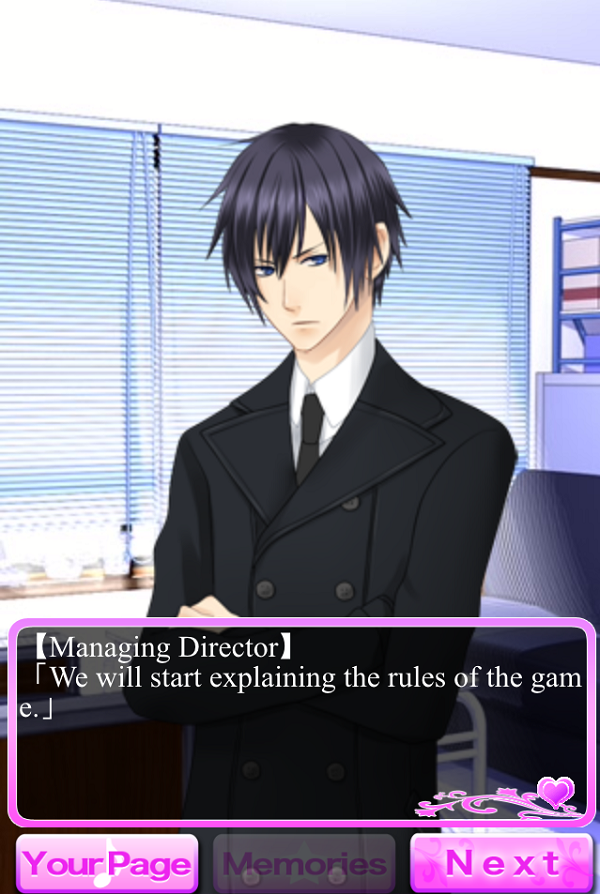 Wait, what? Instead of putting “game” on one line, the text box split it up into “gam” and “e”? That’s weird. I hope they don’t do that ever again. 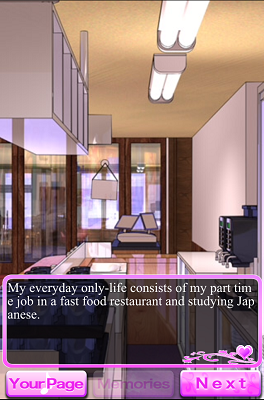 Nope! It turns out the text box in this game is broken.

My final score for this game is a 1 out of 10, since it’s a text-based game with text that is extremely difficult to read. I couldn’t get past the prologue before deleting the game in disgust. 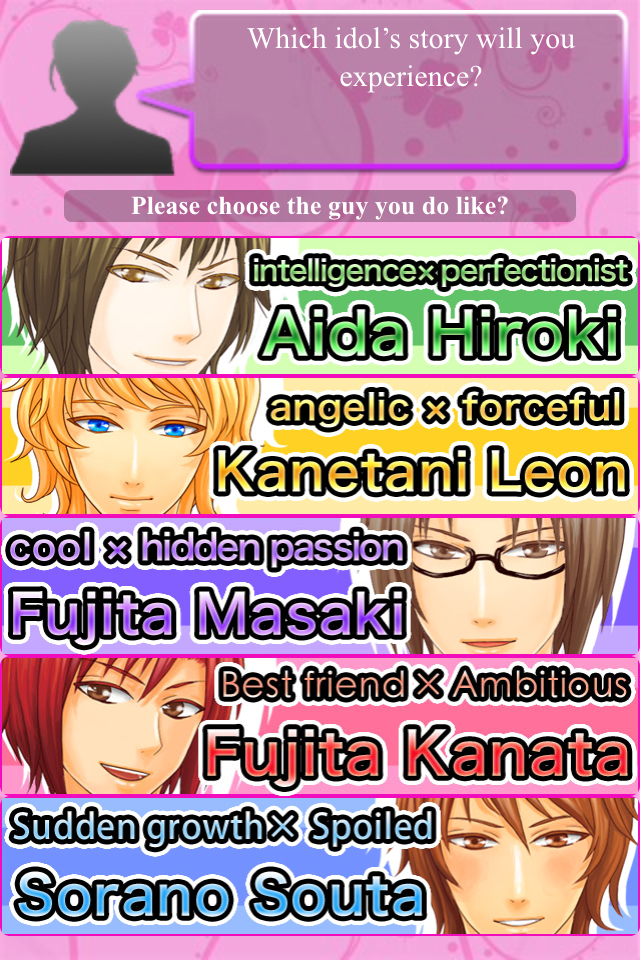 I don’t want this review to be devoid of content, so I will guess what the game’s storylines are.

Aida is a jerk who is mean to you all the time, until your love transforms him and makes him into a nicer person. At least, that’s what the game says. In reality, you just become a battered woman who is so used to his constant abuse that you don’t notice it any more.

Kanetani is “angelic and forceful”, which means he is good-looking, but he constantly puts you in awkward situations in an attempt to seduce you. If this were real life, you would sue him for sexual harassment.

Fujita is the “cool” guy, which means he doesn’t talk a lot. Dating sims believe that a lack of communication is a desirable trait in a romantic partner.

Other Fujita is the “best friend”, which means that he is desperately trying to claw his way out of the friend zone, even though you’ve told him a million times you’re not interested. The “bad ending” to his storyline is tragic.

Sorano is “sudden growth”, which means that he becomes taller over the course of the game. He’s also described as “spoiled”, which means 90% of his storyline is the same as Aida’s, but the publishers hope players don’t notice.