2015. The Future is here. But, is it all flying cars, hoverboards, and self-lacing shoes, as Marty McFly saw? While we do have an early stage of a hoverboard, there isn’t much of the “future” today. Life didn’t seem that different when I walked out the door on January 1st. So, it makes you wonder what the future will really be like. But not just any future…the videogame future? This month, Mark Freedman asks the staff: Where do you sees the future of gaming going?

As mainstream as it sounds, I’m going to vote that the future of gaming will be in virtual reality. When I mention virtual reality, I don’t mean the Oculus Rift (sorry), but I mean REAL virtual reality. This is a good time for me to drop the title of a beloved anime of mine that perfectly explains what I mean: Sword Art Online. The first season of Sword Art Online involves a virtual reality MMO in which players are trapped by the game’s designer. They must defeat 100 levels of the game to break free. Oh, and if they die in the game, or if someone in the real world takes their virtual reality helmet off, they will die in real li—God dang it, I got off topic again.

Anyway, latching onto a topic change, this obviously has some flaws. While a player is logged in, their body remains helpless, and considering how peaceful our world is, this can lead to a lot of safety issues. Also, what if they did remove the headgear? Would their brain splatter? Well, I’m going to let the future “everyone reading this” figure that one out. Good luck! 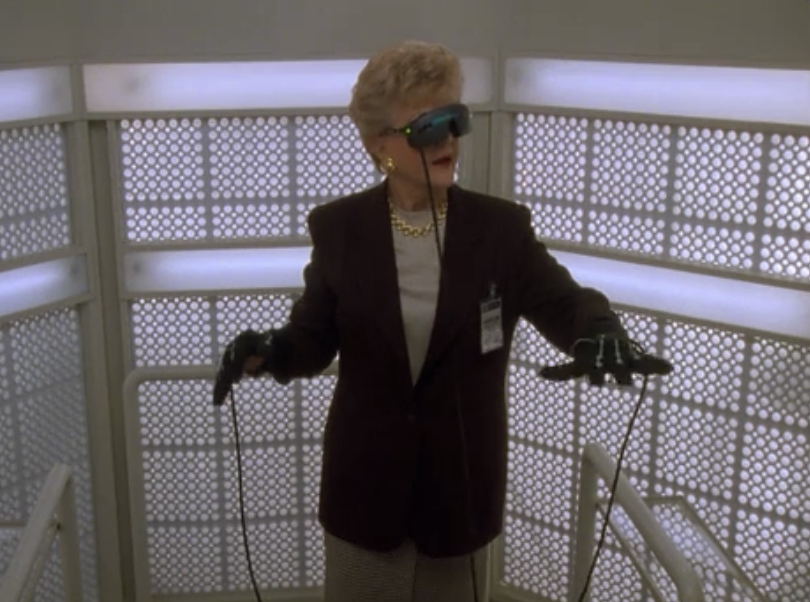 In my mind, I went back to the ’80s and remembered how baffling it was just to think how videogames would be played in the future, since Back to the Future Part II predicted, they will no longer be played using your hands. Now thanks to motion controls, Kinect, and other similar peripherals, I want it all just to go away! 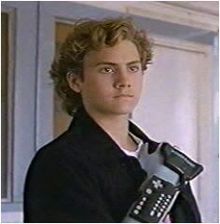 Of course, not everything’s awful, but every new console keeps trying to introduce an exciting new gimmick to their core gameplay, then developers try to shoehorn that stuff into their new games, and gameplay abominations are born! I just hope the future’s future is when developers reverse-engineer whatever the hell we’re playing and say something like, “You know what would be awesome? Some kind of input device players can interact with, maybe some kind of peripheral could use to command their in-game avatars to do stuff with the press of an ergonomically placed button.” 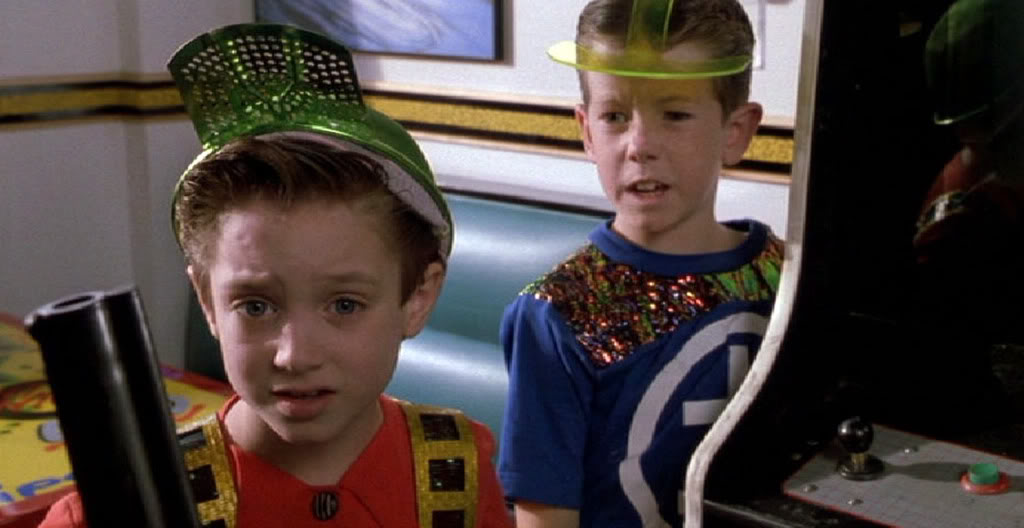 Remember when advertisers used to say, “with the press of a button” to remark how easy a product was? When did that become, “flap your arms around until something happens”?

The current poisonous thought in the gaming industry is that games don’t have to be games anymore. An HTML-based web browser game about depression scores perfect 10s and is hailed as a true piece of gaming excellence.

Recently, a games journalist wrote that “fun is arbitrary” and “the most important part of a game isn’t whether it is fun”. The problem with this pseudo-professional gum-flapping is that developers listen to it—if they don’t please outlets, they don’t get their 8s or 9s and their game is left dead in the water.

So, next year, you can look forward to I’m An Oppressed Female Retail Worker, a game where you “hold W to story”. Oh, and if you give it a thumbs-down on Steam, you’re a misogynist and you worship Hitler.

I’m pessimistic when it comes to the future of gaming. There’s been a growing trend of remakes nobody asked for, regrettable sequels irrevocably damaging the integrity of once-great franchises, and shovelware spinoffs bringing down the standards of quality for the entire industry. There are too many games across too many platforms to casually keep track of them all anymore. The audio in videogames is about as good as it will ever get; traditional controllers have been refined to near-perfection; graphical advances over the last decade’s graphics are more underwhelming with each passing decade. Game companies are staying competitive by trying to outdo each other with gimmicks, which—as Daniel said—shift the focus away from making good games and toward making games that insist on taking advantage of those gimmicks. Social elements are slowly eradicating the purely single-player experience. A stable Internet connection is mandatory for even non-network games. Between Kickstarter, in-game purchases with real-world money, and DLC, players are potentially paying the most they’ve ever paid for a complete game. This is not a state of affairs I embrace, and I see no signs of anything getting better anytime soon. 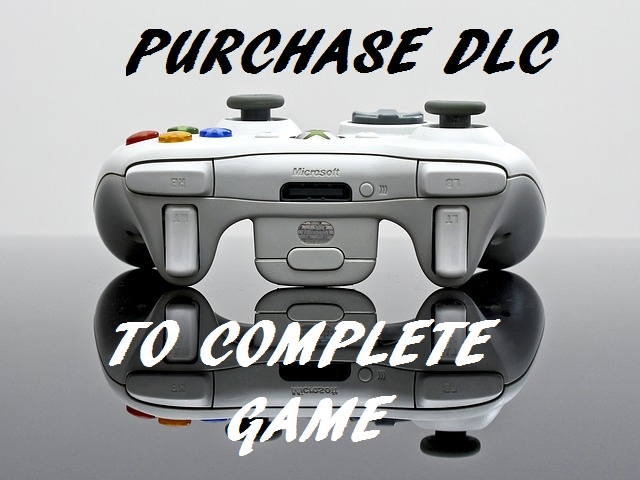 I think it’s inevitable that some of my favorite game franchises are going to get rebooted, throwing out decades of continuity altogether and revamping everything that worked well for a new audience that doesn’t know any better. I foresee a decline in dedicated gaming consoles, with the likes of the OUYA and the Steam Machine struggling to hold onto tradition while Microsoft, Sony, and/or Nintendo duke it out with multi-purpose entertainment systems that might also happen to have games. I’m waiting for the day when casual games are as widely enjoyed as television, and I’m an outcast in the gaming community for wanting a game where I can sit down with a regular controller and play on my own.

And then, when I’m very old and bitter about the way my once-beloved hobby laughed in my face and left me behind, people will get nostalgic for the Golden Age of gaming. Technology will regress by half a century, the industry as I remember it will be reborn, and I will proudly hobble away from my nursing home to pick up a physical cartridge of the brand-new Mega Man 11, complete with instruction manual. I’ll be too old to have the lung capacity to blow on the cartridge to make it work, but at least I’ll be happy.

After the release of Angry Birds: Potato, but before the release of Super Mario Moonwalker, Microsoft will announce the Xbox 3.14159. Sony will respond with the PlayStation StationPlay, and Nintendo’s stock will plummet once people realize that the eighth Nintendo DS is two Game Boy Advances taped together.

The videogame market will crash. The news media will attempt to cover the story, but they will get sidetracked, because they don’t know if it’s spelled “videogame” or “video game”. Reporters will argue fiercely over the topic, despite the fact that they have not played any games since the ’90s. The market will have a minor recovery, then crash a second time. Half of the world’s third-party developers will go out of business, and companies will stop making games that are not part of an established series. 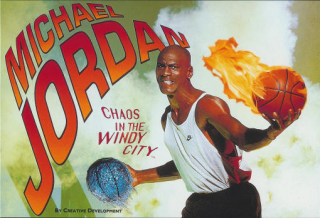 Also, the videogames that come with Google Glass are going to be extremely fun, but videogame purists won’t consider them to be “real” games.

Games have changed quite a bit over the years. If you look at the progress of the Elder Scrolls series from Morrowind, we see a steady change of removing gameplay features and intricacies of gameplay for more action, voiceovers, and better graphics. Sure, we all like better graphics, but not at the expense of story and gameplay. Unfortunately, that’s what sells games, although I do suppose it creates a lot of jobs for graphic artists. Still, I don’t see any major changes in games over the next ten years or so, except maybe improved graphics. I think my dreams of playing an open-world sandbox game like Morrowind, but without load times, is impossible since the graphical requirements of the games will simply keep pace with the technology, without coming up with more effective means of loading things into memory. I also think that DRM will continue to spoil games, requiring you to always be online and not be able to create local saves. I don’t think the industry will learn from the mistakes of the most recent Sim City release.

Have any thoughts on the future, or have a question for a future article? Let us know in the comments.

Really, what DO you do with a baby?