The world is dark, your eyes open and begin to focus revealing the floor directly below you. There are voices, muffled at first, and you see something shining on the floor. The voice is talking about torture—immediately it is clear there’s something wrong. The setting looks medical, yet it looks unsanitary for a medical setting. The voice mentions needles, and then you hear a new sound. The sound of the drill right before your vision blacks out. You wake up again in a derelict building, and nowhere to go but forward. With a lighter in hand, you keep moving. 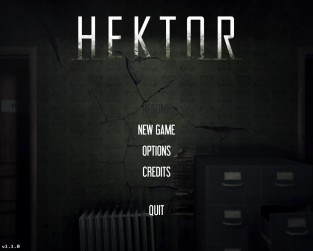 Turn away while you still can.

Hektor is a 3D first-person adventure game set in a research facility designed like a mental hospital. You play a person trapped in the ruins of an institution known as Hektor. It plays similarly to Gone Home, telling its story through voice recordings on scattered documents in the environment. However, the game also focuses more on scaring you and on puzzle solving. Puzzles are simple, but time consuming, and all of that adds to the atmosphere of horror the game cultivates. The sounds are unnerving, and while the visual style is a cliche abandoned concrete building, it works really well. 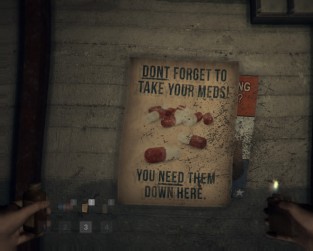 Remember to take your medication!

The story of Hektor is rather unsettling and frightful, hitting a tad close to home for me. You explore the titular institution of Hektor, seemingly part barracks and part mental hospital, where even the workers live onsite. From the opening scene to the letters found around you, though, something obviously isn’t right. Which is a point in the favor of Hektor. Everything you see points toward the villains being the doctors in charge of Hektor. And much like many horror stories, it is a dark story to experience. Each note and letter found made the game more and more terrifying for me, and to evoke such a strong feeling is rare in the genre. 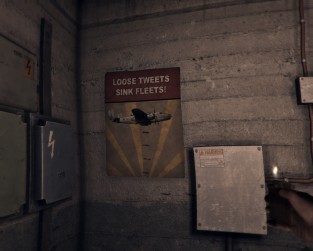 The game is not without adversity to it! Unlike similar games, Hektor has you facing active attempts at your sanity and life. The world shifts around you to fill you with doubt and confusion. Corridors that look the same flash before you, as you hear the world around you making all sorts of unnerving noises. It gets worse, however, as you advance the story. The world isn’t your only threat as you meet monsters which exist to kill you. With little warning (and less context), these frightful creatures come at you attempting to end your progress. However, it’s worse than that. The game builds up an atmosphere of paranoid tension, and these monsters do not provide a satisfying end to it. Your obstacles are threefold: Fighting the atmosphere, avoiding monsters, and—outside of the game—the tension that forms. Hektor provides obstacles, not all of them able to actually be fought through the game. 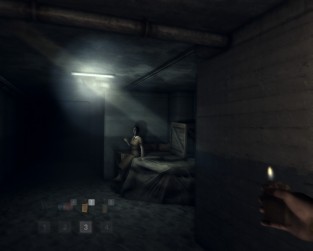 However, Hektor is a flawed game. It’s often obtuse, not really giving you a good hint on where to go. You have to hope you’ll recognize what you’re missing after the fourth or fifth walk through the same area. It’s frustrating when all the doors lead to the same area and you have no idea what you’re missing. The game often feels passive, with no cues on what you’re meant to do even after clearing areas important to the story. The tense atmosphere, which I feel is the games greatest strength, is also its biggest downfall. The monsters do little to relieve the tension, and especially if you’re sensitive to horror you’ll find yourself shivering even after quitting a game. As well, the ongoing theme of abuse at the hands of mental health professionals, while a refreshing and accurate change of pace, may hit close to home for many mentally ill people that play the game. The most striking are the notes where a character outright states she’s being sexually assaulted by one of her doctors, which makes for a powerful and accurate plot point, but also may turn away victims of sexual assault (especially if they experienced it in a mental hospital). Some of Hektor’s greatest strengths are also its biggest downfalls. 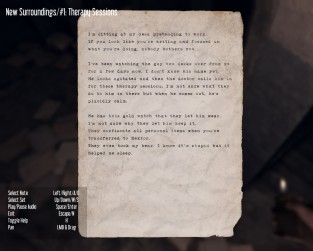 The notes which tell Hektor’s story just make the atmosphere even thicker.

Is Hektor worth playing? I think so! This horror game needs more recognition! I find it legitimately frightening, moreso than other horror games! The game has flaws, but what game does not? It’s an atmospheric adventure game with a heavy horror slant, that’s about abuse featured in a mental hospital, where the mental health professionals are the villains. That alone deserves recognition, if only because so many times are the patients of such places depicted as the villains. So for a refreshing take on a tired theme—or just for a legitimately frightening experience—I would recommend Hektor for play and purchase!