Talk to any gamer and they will, at one point, have received excessive hype about a certain game. Whether it be a game that’s been released recently, or something on the horizon, there’s just something about games that makes them fun and enjoyable. Any game can be fun to anyone, but some people find a game quite boring. In fact, some people might lack the understanding of how a game can even be considered fun. So without further ado, let’s open up Curtain #1 and reveal the staff question this month, from Nathaniel Hoover: What’s one game that has no right to be as fun as it is?

One talks about “right” as if we are the ones to decide—who made us the ones with all the decision making power? It just seems a little absurd to me that we can have any say in that. I suppose in the conventional sense of the question, I’d have to answer Postal 2. Check out my review for more opinions on that particular game, but here’s a short waffle.

It has no right to be as fun as it is, you might say, but it is absolute mindless fun, guaranteed. 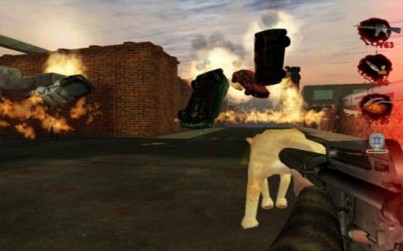 A difficult question—as a member of the free world, I can say that every game has the right to be fun, right? So, I will answer with Tetris, the highly-acclaimed Soviet puzzle game. In Tetris, you put a bunch of damn blocks neatly in to a cavity at the bottom. It’s basically like when your mom told you to clean up your damn room but instead of getting rid of things, you just shoved them in to every nook and cranny you could find and made amazing Jenga-like stacks of items. Why is Tetris so fun? Is it a good release for people with obsessive compulsive disorder?

I guess they made Tetris more fun in later iterations, brining in a lot of graphics and sound assets from other Nintendo titles. But even the barren, original versions are incredibly fine? Why? WHY?!?!?! 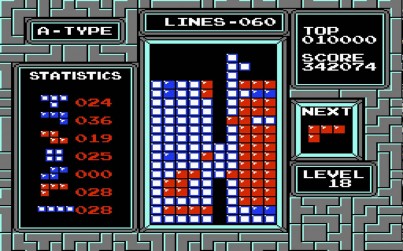 You missed a spot.

Mountain. I went into the game expecting a landscape simulator, and instead experienced emotions that can only be defined as “quasi-religious”.

The gameplay itself is almost non-existent—it may as well be a glorified screensaver—but somehow, the less you interfere, the more impactful it becomes. Sure, you can spin the Mountain faster to speed up time and change the seasons, or you can shake the Mountain to destroy clouds (thereby stopping rainfall and killing trees), or even pester the Mountain every few seconds to tell you what it’s thinking; however, I actually prefer letting my Mountain be in control, letting it come to me with its epiphanies and worries.

As time passes, your Mountain will start to collect artefacts and space debris. These items correlate somewhat to the images you input at the start of the game, at least in terms of shape and intent, so I ended up getting a lot of round objects after drawing donuts and coins, and a lot of skulls after drawing a cat face. You can let the items accrue naturally, or you can pick them up and rearrange them to your liking. Be careful, though, as objects dropped at the wrong angle will relaunch themselves into space (I lost three pies this way).

The other major component to the gameplay is the keyboard piano, which Mountain utterly fails to tell you about, and which I only discovered after scouring the internet to find out why my game wasn’t really living up to being a “game”. The second and third rows of your keyboard allow you to compose your own in-game music in the key of Db, and playing certain songs will unlock additional features such as more music keys, a heads-up display menu, additional artefacts, various odd forms of precipitation like fish and hearts, and apocalypse-level catastrophes.

There are also a few Easter eggs in the game: For instance, clicking on the record player handle will cause it to play “Night and Day”, and if you zoom out into space while the music is still playing, it sounds reverberant and haunting.

There is honestly no reason, though, for this game to be as fun as it is. It is barely even a game, but for some reason I find myself growing more and more attached to my Mountain, more protective. I feel like its parent or caretaker, carefully curating it and guiding towards fruition. At the same time I feel like my Mountain is somehow wiser than us all. 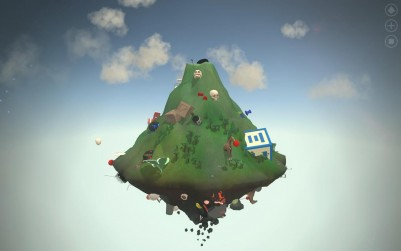 She’ll be dumping on the mountain when she comes…

I’m so glad that the Internet didn’t exist back when I was a teenager, or the world would have have a track record of me saying something negative about this game.

It’s not that I don’t like this game or anything, it’s just that back in the ’90s the Game Boy was my console of choice, and it kind of made me mad meeting someone with a Game Boy, and no other game in his/her collection but Tetris when there were far many other games out there.

And I mean, the game is fun and everything, but it’s just a bunch of falling blocks! And there’s just no end to this thing until the game finally beats you.

But in the end, Tetris‘ simplicity takes us back to the core concept of videogames when they were all about fun. The game became wildly popular because everyone could get it, and it wasn’t just the only game anyone would need in their Game Boy at the time, but also it was the title that pretty much sold the portable console—and Nintendo wouldn’t be anymore without its successful handheld consoles. My former young self can suck on that! 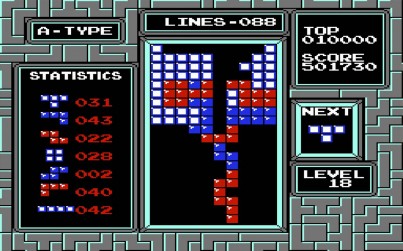 Simple and repetitive, but with just enough creativity to make this more addictive than it has any right to be. Like SimCopter, one of my favorite games, this little time-waster involves throwing people out of a helicopter. In this case, you’re supposed to. Toss the stuntmen at the right time at the right height to drop them toward a moving horse-driven cart. If you miss, the stuntmen splat on the ground. Otherwise, you very satisfyingly take out the horse or the driver with your stuntmen. I’m sure you’re meant to aim them at the back of the cart, though. (“Please be full of hay! Please be full of hay!”)

He does his own stunts…against his will.

It’s no secret to anyone that a lot of my gaming time these past several moons has consisted of nothing but Elsword. Now, I’m not one to complain about a game, but if I were to pick a game that doesn’t deserve to be fun, it’d be this very game. The game is an MMORPG developed by KOG Games. The game mechanics follow a similar style to MapleStory: a 2.5D platformer where you repeatedly mash several buttons in hopes of killing a horde of enemies. Sounds fun, right? It would if there was more to the game, but that’s pretty much the whole concept. Grind your way through 20+ hapless levels of baddies until your fingers bleed. Luckily, you can pay real currency to change your character’s appearance. Now you can see your digital waifu in a different pair of panti…wait, things are getting awkward. All jokes aside, there comes a time when senseless button mashing is unnecessary. Sometimes, I wonder if my guild is the only thing that’s keeping me coming back for more. Look at all the pretty senpais.

What game do you think doesn’t deserve to be as fun as it is? We’re curious to see what you have to say on the matter.

Got a question you want the staff to answer? Think we’re asking ourselves some stupid questions? Comment your suggestions down below and if we like your question, we’ll give it some answers.

It turns out that 0.15% of gamers pay for freemium game content. Yes, you read that right.