The scene starts: An elevator riding down an industrial platform. The mission briefing is being handed out. You’re accompanied by a hardass black man who is not impressed with the blonde badboy’s toughguy act. The setting is a city run by a monolithic entity. This isn’t a flashback to 1997, and you’re not playing Final Fantasy VII. With luck, the year will be 2016, and you’ll be playing indie RPG OMNIS – The Erias Line. 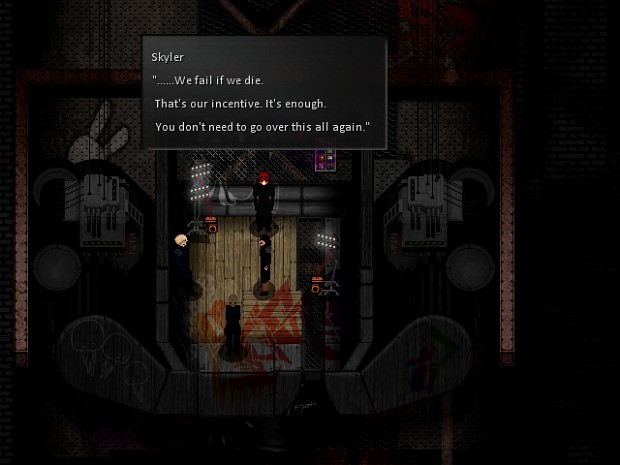 Feels a little familiar in more ways than one…

When I checked into GameCola HQ, my latest assignment was a game that had yet to even be finished, let alone released. The stated goal: To combine JRPG gameplay with science fiction elements and Western RPG drama. While I find some of the concept to be based off of misconceptions (Western and Eastern RPG mediums have been influencing and interacting with each other for decades), I do find the project and concept intriguing all the same. We’re promissed a bizarre world that’s dying, impossible choices, and unforgivable sacrifices. The demo provided exists only as a proof of concept, and the product it advertises is one of overall superior quality. While rife with flaws, I sincerely hope that OMNIS lives up to its campaign promises, and potential. 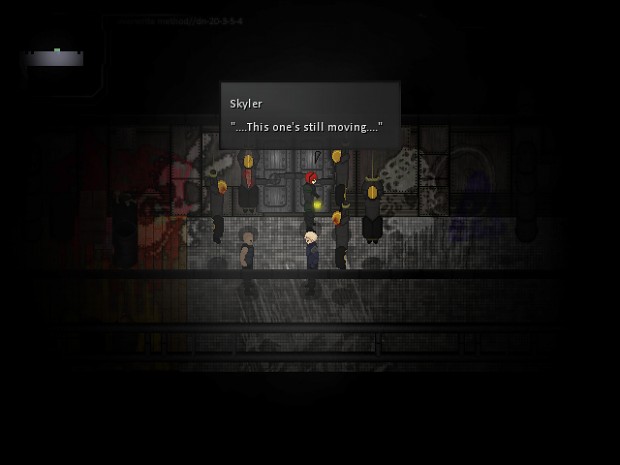 The first quest: Rats keep murdering cops and hanging their bodies along the underground.

Right from the start, however, it forgoes standard RPG cliche. There are no random battles; instead, enemies are visible on the level and it is theoretically possible to avoid them. You do not begin the game doing fetch quests and killing rats; your goal is to break a dangerous criminal out of prison, going through an abandoned network of underground tunnels and fighting ghosts and cannibals to get there. You don’t seem to need to grind for levels, either; your characters start out incredibly competent, and it feels like there’s the assumption that you’re trying to progress the story instead of squeezing every point of experience out of each fight. The world itself is complex, and nothing is as it seems, and when you think you’ve figured it out? You’re thrown a curveball and left on a cliff hanger! 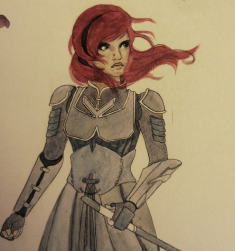 Skyler is a tough and heavily armored warrior. She both looks and acts the part.

The characters, as well, are quite fantastic. Orphan and Skyler are siblings dedicated to protecting each other, with Skyler being pragmatic and stoic and Orphan being sardonic yet a bleeding heart. Even the Nameless Mook that accompanies you for a good portion of the demo has a personality and character to him. Perhaps what blew me away the most about characters was something simple yet goes so strongly against the grain: Skyler is a heavily armored woman. Who wears armor that looks the way functional armor would look! The other playable character in the demo is interesting and complex, and definitely not the person you’re expecting them to be. Characters slated for the full release are rebels with (and without) causes, people redeeming themselves through dangerous missions, and hopefully more! 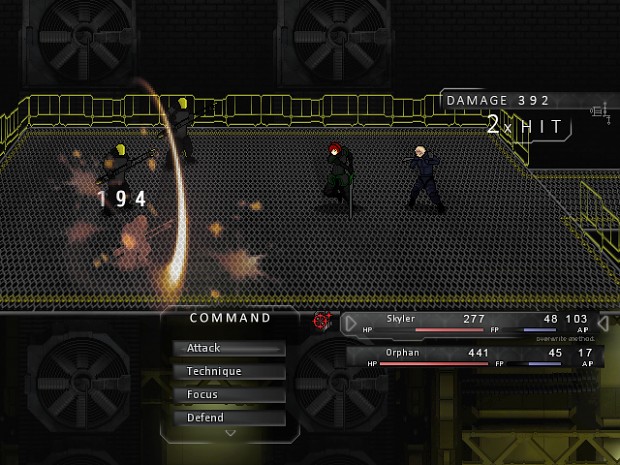 Right now it plays like an RPG Maker game, but if it gets funded it will have its own unique mechanics.

OMNIS has its flaws, many of which are already apparent in the demo. Unless the script has already gone through significant revision, certain universe terms seem rather generic. Operators for a group of agents that operate outside of the law for the upper class of the country. Crazies for a group of bloodthirsty vagrants living in the maintenance tunnels underneath the capital city. Some dialogue feels stunted and stale, or it just flows poorly. Graphical and gameplay problems don’t exactly factor in, as what we saw in the demo and screenshots are said to be placeholders—if the Kickstarter is successful, they’re going to be overhauled with all-new designs and a new engine coded in Unity. Perhaps as OMNIS sees further development and fine tuning, these flaws will no longer exist? 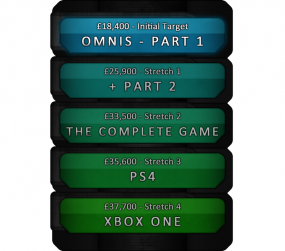 Honestly, I’m looking forward to OMNIS!I hope it reaches the backer goal, and I hope it surpasses it to give us everything the development team wants to include in the finished product! There’s a lot of promise and potential present in this little five-hour demo, and I hope this game shall someday see release!

Terrence Atkins has begun a NEW comic series, detailing her many journeys through videogames!