Whether it’s the latest addition to a running series or an entirely new game altogether, a game only functions as well as its mechanics. Some may argue that graphics also contribute, but without decent mechanics, graphics are just pretty pictures you have to fight to see. Can you imagine playing Pong without being able to move your paddle? Didn’t think so. Throughout the history of the gaming market, we have seen a variety of different game mechanics, including anti gravity, manipulation of the environment, and even time travel. But lo and behold, there’s always one guy whose idea for a game mechanic gets thrown into the mix and turns it more sour than a crate of Warhead candies. With Halloween coming up, we realize that some of these mechanics are so bad, it’s scary, so let’s jump in and see what our staff thinks about the following question, contributed by Nathaniel Hoover: What’s one game that is utterly ruined by one particular game mechanic?

The Wii MotionPlus features of Skyward Sword really ruin the game. The controls are still not as as responsive as they should be, such as swordplay. What’s worse is the parts of the game where you would otherwise use infrared controls, but instead must constantly recenter your cursor and use the motion controls for aiming the bow and other items. Having to constantly recalibrate whenever you enter in those modes really reminds you that you are actually playing a videogame, and not experiencing the world of Hyrule as it should be.

Twilight Princess is certainly lacking in the swordplay department, but at least the IR aiming is straightforward. 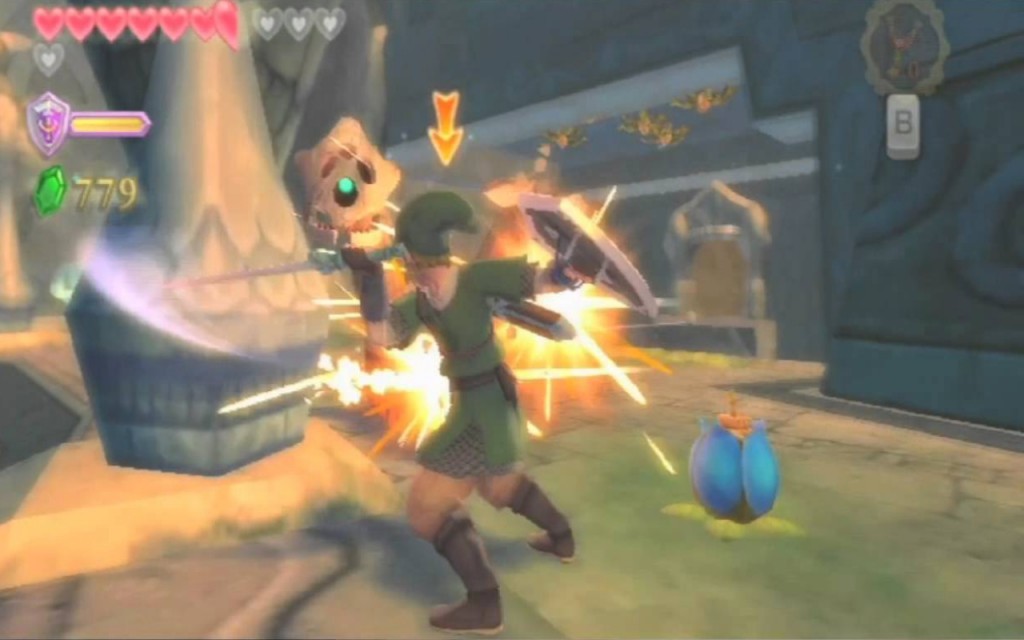 A long time ago, World of Warcraft was an enjoyable pain in the wallet. For $14.99 a month, you could traverse the world of Azeroth, slaying orcs, night elves, birds, snakes, squirrels, and anything your feral heart desired. Another huge part of the fun was starting your own guild. It made questing and raids a lot more enjoyable, and you made friends along the way. It was a glorious time—until one day, the WoW devs decided the fun must end! Call me a hypocrite if you want, but I believe this game mechanic has royally screwed King Varian Wrynn badly: cross-realm gameplay.

Blizzard recently made the game allow for players to interact with players from other realms. When I say this, I mean they are able to walk around, duel, steal your kills, and yes, even slay you. Reasoning for this could possibly be linked to the lack of players on each realm. This was an alright fix for some people, but coming from an avid guild leader like me, it just made the game that less enjoyable. The fact that it takes you months now to try to find people in the same realm as you, while making sure they aren’t already part of a guild…is my point rested now? If not, I have a Hearthstone I can use. 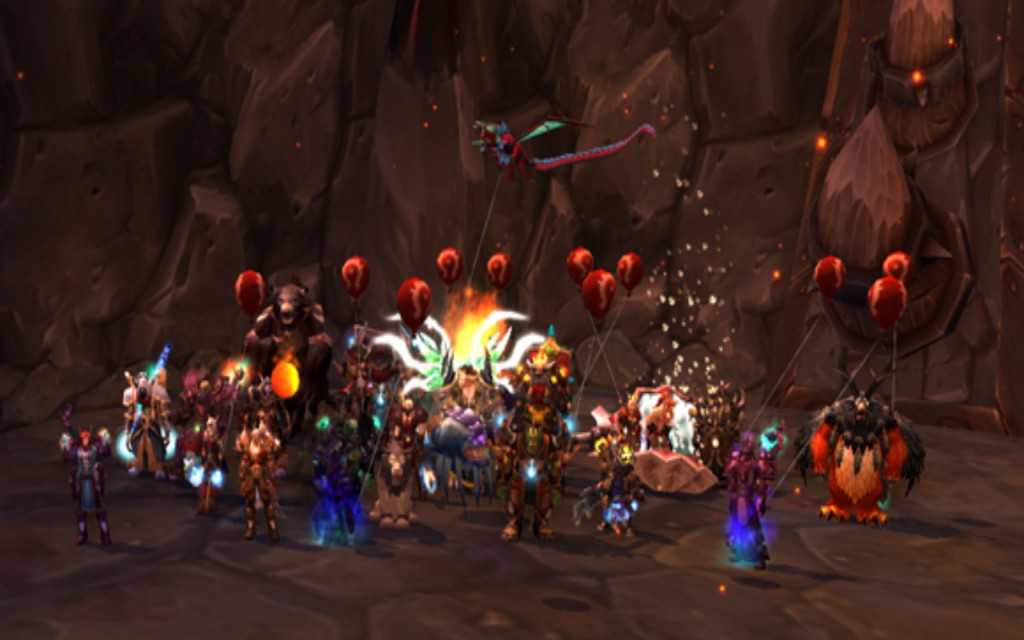 They better be celebrating the revealing of the Legion expansion.

I’m not very good at scrolling shooters, but I enjoy them just the same. Provided the fundamental game mechanics aren’t out to get me. TwinBee gives you power-ups in the form of bells, which are hidden in the clouds and revealed by shooting them. Every shot you fire bounces the bell away from you, forcing you to be extremely selective in your targets or hold your fire until the bell falls back in your direction, neither of which is optimal for a fast-paced game about shooting everything. Making matters worse is the fact that the bells, by default, only give you points. If you want, say, a shield or a better weapon, you have to shoot the bell a precise number of times to turn it the appropriate color—one shot too few or too many, and it’s back to a color that’s only worth points.

And when you’re juggling multiple bells, trying to get them the right color, dodging more enemies than should be on the screen because you can’t risk shooting any of them now that the bell is the color you want, everything falls apart. And then the bell drifts past you anyhow, or you hit the bell too many times and destroy it, releasing another enemy onto the playing field in the process. Unless you’re a mad, color-capable magician, pursuing bells will usually get you killed. The alternative, of course, is ignoring the bells entirely unless you happen to scoop one up by mistake…but that defeats the purpose of having power-ups in the first place. It’s a terrible system that adds several layers of unnecessary difficulty to a genre that’s already tough. After playing two different TwinBee games and seeing no improvement whatsoever in the central game mechanic, I’ve given up on the series. Bell no, we won’t go! 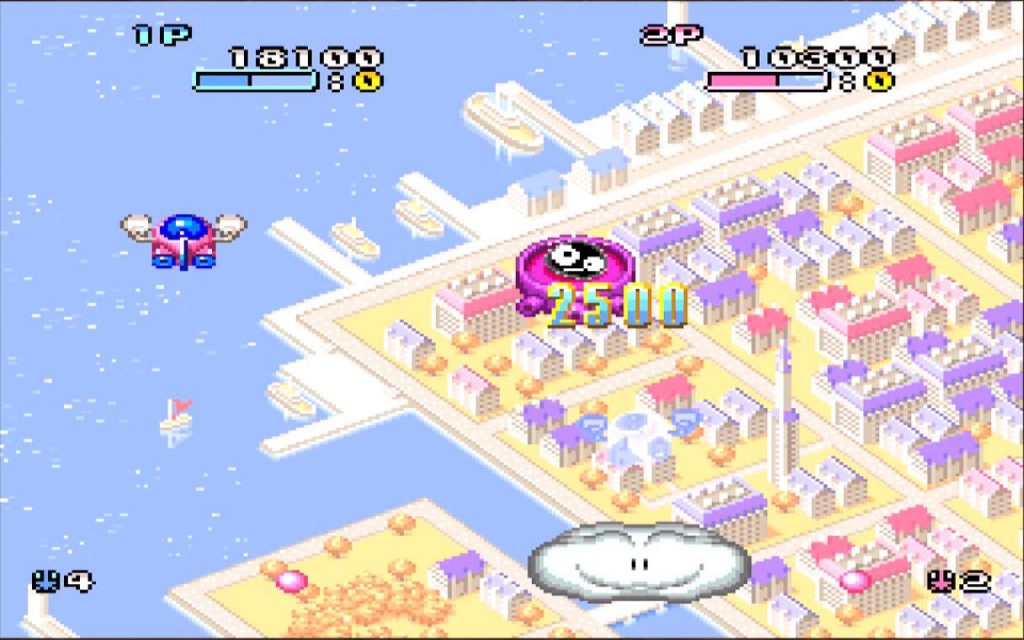 Mechanics can break games pretty soundly, utterly destroying them where they should be building them into greatness. The 4x strategy genre is known for complex, well-rounded mechanics that are easy to learn and difficult to master. If you do, you end up victorious no matter the requirements! However, for all this complexity, how do you make a better enemy? Simply: You don’t. Where 4x strategy games fail is the AI; most don’t know how to play even the simpler points of the game. Making the AI more difficult always seems to raise their production capabilities, aggression, and sometimes game odds, but not their manipulation of the actual game mechanics. It may not always ruin the game, but it does when you’re trying to have a soothing game by yourself. 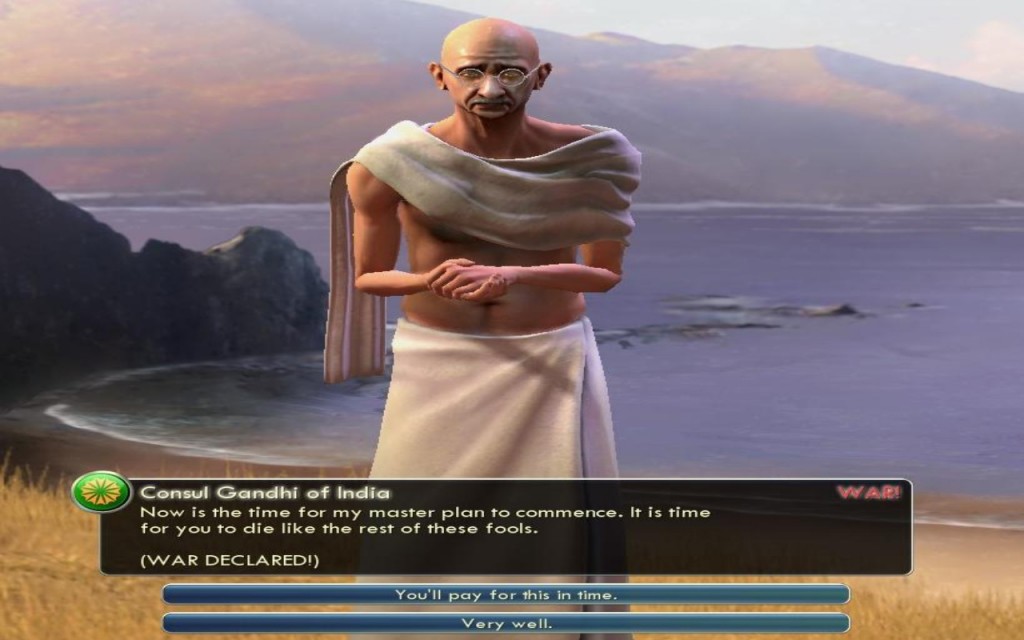 History has never felt so wrong.

Got any games you think are beyond playable due to one mechanic?  Do you agree with our list?  Think candy and tooth problems is a bit too old of a debate?  Leave your thoughts and comments down below, and leave your candy in the GameCola basket.

Got a question you want the staff to answer? Think we’re asking ourselves some stupid questions? Leave your suggestions down below, and if we like your question, we’ll give it some answers.

I just want to apologize for the lateness of this Q&A. I didn’t get as many responses to this question as I had hoped. I was actually hoping to get a Halloween-themed question for this month, so I typed in a few Halloween memes here and there. I also had a lot on my mind and was in a rather dark mindset. At this time, I’d like to publicly thank all of my fellow colleagues/friends/family/random awesome peeps here at GameCola for getting me through this struggle and getting me back on my hands (or was it feet?).