I feel like the last time I wrote a review for GameCola, it was 1997 and GoldenEye 007 came out for N64. So, it’s only natural that nearly 20 years later, I’m here to write about GoldenEye: Source, an amazing free mod for Source that you can play right now for free. GoldEnEye: Source is built off of Valve’s Source engine that’s used by Half Life 2 and various other things like Day of Defeat: Source and Counter-Strike: Source.

Back around 2001, I played a GoldenEye mod for the original Half Life, but hardly anyone was playing it. There were only two or three servers out there and they were basically all empty. GoldenEye: Source, however, just released version 5 of their mod, and boy is it fantastic. They recreated the incredible four-player local multiplayer mode from N64 title and put it online for up to 16 players per map. You don’t have split-screen like when you played on your daddy’s 12-inch CRT TV with your siblings, but you do have radar.

There have been various games out since 1997 that touted the name “GoldenEye”. We had a remake of the original, sans Pierce Brosnan, called GoldenEye: Reloaded. I hear it was OK, but really took away from the original feel of the game and modernized the gameplay unnecessarily. Then there was GoldenEye: Rouge Agent, which has a pretty stupid plot (you don’t even play as Bond), and the multiplayer was not good. Even as much as I love Perfect Dark, I feel like they screwed up the multiplayer feel with all the futuristic weapons and dizzy cam stuff. Was the “GoldenEye” title lost in a sea of mediocrity? Thankfully, the answer has changed. 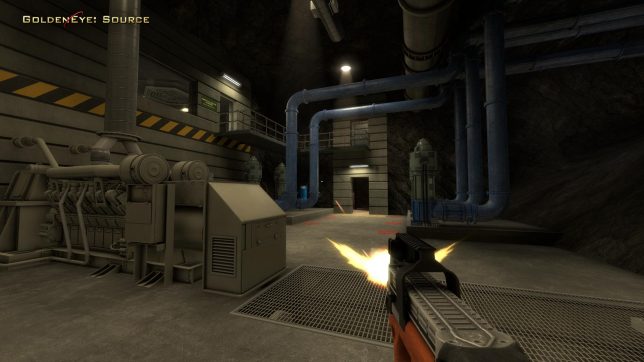 Enter GoldenEye: Source version 5.0, an amazing recreation of the multiplayer scene. The maps are just amazing. All the popular maps are back, including Facility, Complex, Aztec, Temple, Archives, etc. Both the classic version with original textures, and expanded maps are available. For example, the new Facility has a ledge and side room at the locker room joining the front and back of the Facility. There’s also a lot of maps of N64 single-player levels that are now multiplayer, such as the Dam, Silo, and other areas. New game modes have been added, such as a mode where, upon death, you switch weapons with your killer.

The graphics are incredible. Sure, they’re not as good as the latest Call of Duty, but the goal seems to have been to blend nostalgia with a modern feel, and they excelled. I have a similar feeling for the sound effects. As for the music, they pulled in a lot of fan-made music based on the original songs and they sound great. The whole feel of the game is just amazing. 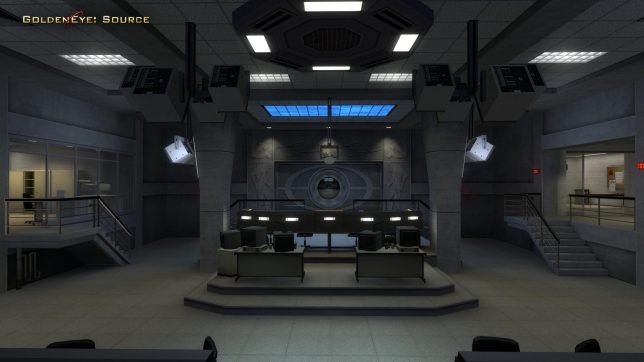 There are so many little touches they put in. All the weapons have the super simple reload sequence like in the original. When you die, you get the Bond fanfare with the blood-enveloped screen, and the heavy breathing as you take damage.

When you do go to play, you’ll probably notice that Jaws and Oddjob are the same height as the other characters. I’m not sure if this was done to simplify development of character models, or to eliminate the unbalancing that was present in the original. Also, there’s no single player campaign—that was never the goal of the mod.

Chances are, if you had an N64, you probably checked out GoldenEye 007. Why not relive your days of glory on a modern gaming rig?

You know those moments on public transport when a greasy, fat, mentally ill lady waddles up the aisle and parks her massive arse on the seat next to you, causing your face to become pressed up against