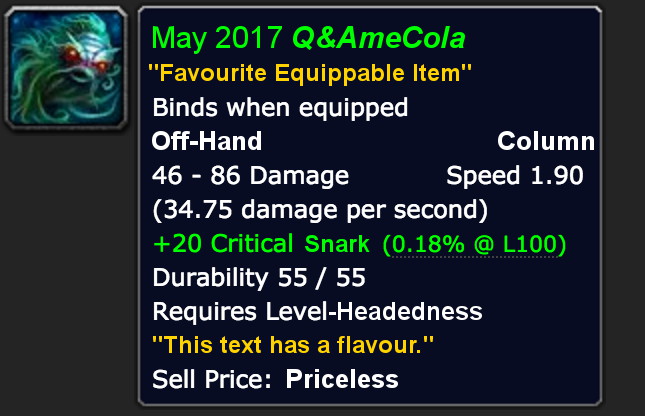 Picture your favorite equippable item from a videogame. Is it a sword that’s bigger than a car? The gun that lets you mess with gravity? An outfit that has terrible stats, but makes you look like Fabio in a field of cherry blossoms? That skirt you enchanted with the “open lock” spell? Those boots that let you bounce over poisonous swamps and ice walls? A bag that allows you to carry near-infinite loot? That gear set that gives you ultimate bragging rights because it only drops at the end of a secret, faction-locked, 120-man raid found in a hidden area requiring a special access code from the mail-in promotional leaflet contained in the Japanese release of the game? The dorky Roman helmet with the big sassy plume? That one weapon with the really fun sound effect [brrzzzzeeeet-ploooob]?…

Fashion or function, playful or powerful, this month we share a few of our most-loved videogame wearables.

Morrowind was totally broken when it came to crafting spells and enchantments. There are many ways to be invincible, and the choice is yours!

Many scrubs will complain about a lack of fast travel in Morrowind compared to later open-world games. Well if boats, Silt Striders, Mage Guild teleporters, those weird things at Sixth House bases, and Mark/Recall weren’t enough for you, then you could do like I did.

I used Azura’s Star and Soultrapped some Golden Saints to make some amazing enchantments to a ring that increased my speed and strength, added a strong Jump spell, and also a little Slowfall so my knees didn’t shatter. That let me jump hundreds of feet in the air and not die from falling. It was not unlike the Pilotwings 64 “Jumble Hopper” mode. 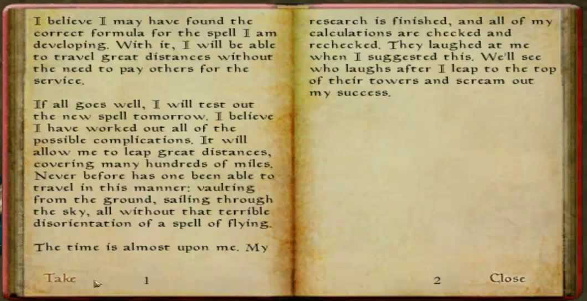 Oh em gee…the friggin Bunny Hood from Majora’s Mask. I mean, how can you play the game without wearing it 24/7? The Bunny Hood is one of the very first masks I go for—I won’t do a temple without it. Sure, bunny ears don’t necessarily fit the whole hero look, but who cares??? Bunny ears = you go fast. 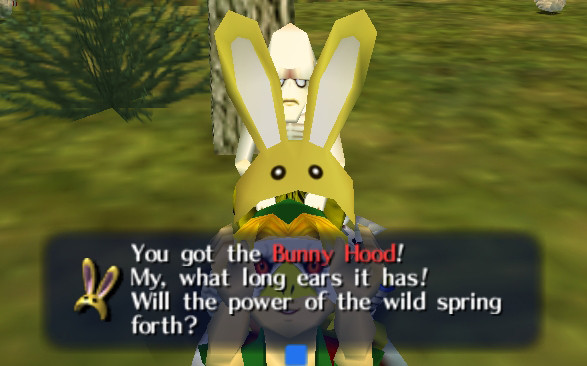 It’s a toss-up between the various trophy fish from World of Warcraft and the Dragonbite claw from Torchlight II.

In WoW, there are a number of different fish you can carry around as off-hand displayable items. They don’t have any effect on gameplay, and cannot be wielded offensively, but they make you look ridiculous. Additionally, there are three incredibly rare fish-shaped weapons that actually allow you to smack enemies (and other players) upside the head with aquatic humiliation.

Alternately, TL2 lets you punch in enemy faces with a set of skeletal dragon faces, so that’s pretty gnarly. 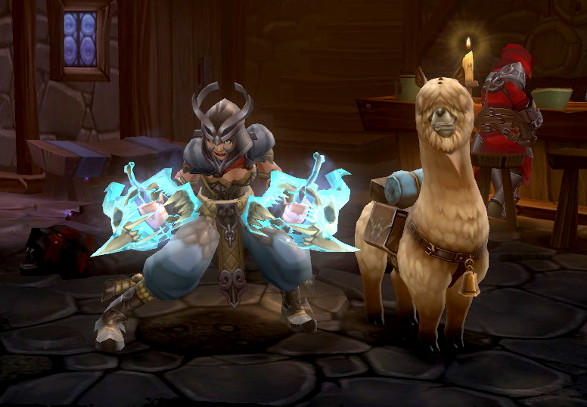 Gives new meaning to “right in the kisser”…

To be honest, I don’t play all that many games with equippable items, given that I tend to prefer visual novels. However, one does immediately jump to mind—the Diver Top from Xenoblade Chronicles. “Why?” What do you mean, “Why?” You’re saying it has no defensive value…or really any value at all? Come on. You’re not really going to make me say it, are you? Alright, fine. It makes Shulk shirtless, and when you’ve been running around Bionis for five hours without finding anything interesting save for a few unique monsters that could kick your butt, sometimes you just need a little eye candy. So sue me. 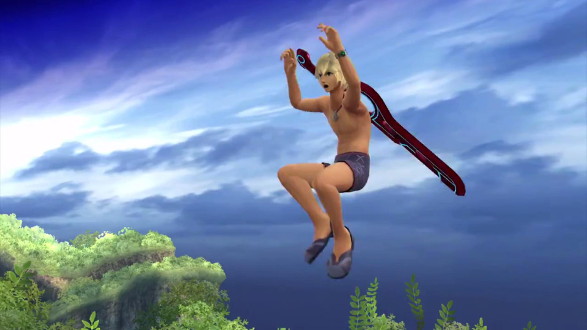 When I heard about this game, I jumped at the chance to review it. I'm currently in the middle of reviewing all of Lucasarts' point-and-click adventure games, and when I saw the screens for Nightshi