GREETINGS, GameCola Faithful, and WELCOME to the 2016 GameCola Videogame Awards: The only article on the Internet which contains the best games of 2016, as voted on by the GameCola staff. 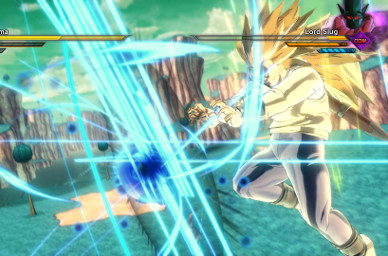 Robyn Tyrfing: Dragon Ball Xenoverse broke serious ground in being a good licensed videogame, and Dragon Ball Xenoverse 2 perfects it. Once again, you create your own original character to help one of the Future Trunks prevent outside forces from interfering with the Alpha Timeline. In between missions, you meet up with classic Dragon Ball Z heroes and villains, hang out with them and learn their techniques. Arguably, this could be the best licensed game ever, as it captures the perfect feeling one would expect of a Dragon Ball Z story that the player could be inserted into, while still allowing people to play their favorite Dragon Ball Z characters and fight against each other. What sets it apart from the typical Dragon Ball Z game experience is that you matter. While Goku may still save the day, we all know he couldn’t have done it without you. And that’s what really makes Dragon Ball Xenoverse 2 the best licensed game of 2016. 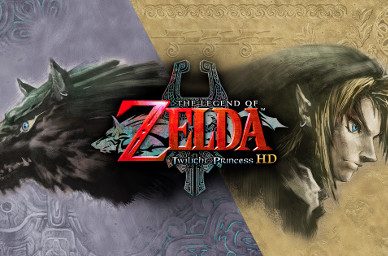 Stefano Wohsdioghasdhisdg: When I first played Twilight Princess, I was absolutely blown away by it. At this point, my Zelda experience was Ocarina of Time, Majora’s Mask, and a little bit of A Link to the Past. Twilight Princess looked so much better than the older ones—and now it’s in HD, and looks even better! While this game isn’t my favorite Zelda game (still Ocarina of Time), I still really like it, and the HD remake does it justice. It looks amazing, and for anyone who didn’t like the tacked-on motion controls, it doesn’t have those anymore! If you haven’t played Twilight Princess yet, absolutely check this game out.

Best Use of Stereoscopic 3D 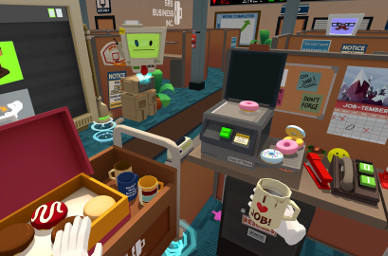 Terrence Atkins: Anyone who’s ever had a job will be able to tell you that it’s one of the most fun things you can do. That’s why they made a game about it—so you can even do work while you’re at home! IN 3D. It’s not every day you get to have an experience like this! I really felt like I was actually there, working at a job. This game is a treasure. 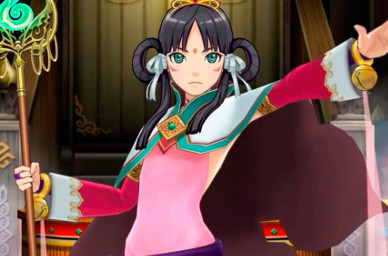 Diana Gray: Rayfa Padma Khura’in is introduced as the princess and royal priestess of Khura’in. She plays a critical role in the new gameplay mechanic for Spirit of Justice: the divination seances that occur during court sessions. At first, she is rather uppity and cross with Phoenix for poking holes in her carefully-constructed insights, leading her to follow him around town on his investigations. Once you get her outside of the courtroom, you get to see more sides of Rayfa—her spunk and the effects of her sheltered life in the castle. Rayfa is effectively Phoenix’s Maya while the real one isn’t around, but don’t get me wrong. She’s not just a copy of Maya. Rayfa has her own charm that builds slowly over the course of the game, and she never fails to make you crack a grin. 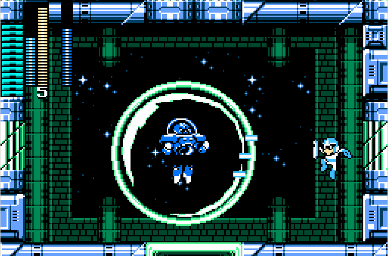 Nathaniel Hoover: Part social experiment, part dream come true, Make a Good Mega Man Level Contest (or MaGMML, as we affectionately call it) is what happens when you make a game out of making a game. Twenty contestants submitted homemade Mega Man levels to a panel of five judges, who rated their levels and organized them by overall score—in essence, creating a game with a quality curve rather than a difficulty curve. The end result is a playable contest, complete with written reviews from the judges, showcasing a mind-bogglingly wide range of level design styles and talent. From a game design perspective, MaGMML is a fascinating exploration of what it means to make a good level (Mega Man or otherwise); and the raw, unfiltered creativity of these levels allows for things you’d likely never see in an official Mega Man game, such as a pacifist challenge, black holes that mess with the trajectory of your shots, and a Super Mario World crossover. Add to that the game’s delightfully absurd and referential sense of humor, and you’ve got a Mega Man experience—and indeed a platforming experience—like no other. 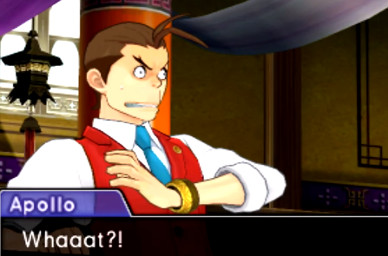 … Sorry. I get a little carried away with these games. Secret societies, magical courts, and some of the all-time world’s worst puns (I’m looking at you, tour guide named “Ahlbi Ur’gaid”) are yours to unravel in the latest Ace Attorney game. We can even forgive the fact that you have to play as Apollo Justice for two of the cases. Some say that Spirit of Justice is a return to form for the Ace Attorney series, and while I can’t go that far, there’s no question that fans of the series will love the character development and rather unique, pool-based judicial proceedings that this game brings. 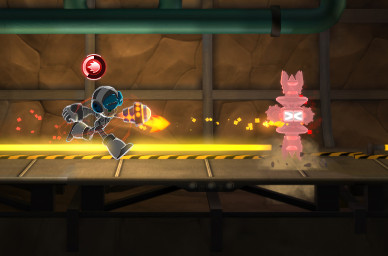 Joseph Martin: Some may say that you can’t call a game disappointing when you expected it to be bad, but I think that’s a gross oversimplification of what disappointment can be. Mighty No. 9 was supposed to be Mega Man. That’s what it was marketed as, and regardless of whether the game we got was good or bad, I still hoped it would at the very least like a bad Mega Man game. But we didn’t even get that. Mighty No. 9 doesn’t just fluctuate between mediocrity and genuine flaws over the course of a playthrough, it’s really only Mega Man in the most cosmetic of senses.

Sure, Mighty No. 9 is a 2D platformer featuring a blue-ish robotic protagonist fighting several numbered robot bosses along with narrative support from a girl robot and old scientist man, but rather than being a game about carefully maneuvering around damage and incoming threats, it’s a game focused on finding the quickest way to destroy everything around you and slam your face into it. Mighty No. 9 doesn’t reward careful planning. It rewards rushing ahead without thinking so that you can keep scoring more points and power-ups, until your rushing ends with you making a deadly mistake. That’s just not Mega Man, and really it’s not even Mega Man X, which might have had more speed-oriented mechanics than the classic series but also used them more for short bursts in maneuvers or as a reward for familiarity with the level design. 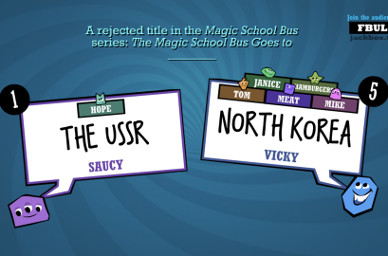 Paul Franzen: The Jackbox series of multiplayer goof-’em-ups has been killing it since last year, but this one takes it to a whole new level (videogame reference) with TeeKO—a game where you make bad drawings and write stupid slogans, and pair them together to make the best t-shirts. Like this. Or this. … Or this. The best part? You can actually buy these shirts for your real-life human flesh body to wear. It’s basically everything I’ve ever wanted from videogames. I think there are also four other games in this package. 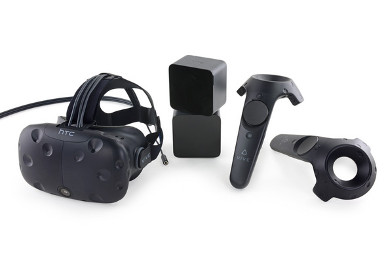 My mind was changed entirely when finally got to use the HTC Vive. I’d almost given up on the concept of “virtual” gaming, but after several hours of fun and varied gameplay, I actually felt inspired about the possibilities of what games could be. The dream of the ’80s is finally alive with the HTC Vive.

If anyone at HTC’s marketing department wants to use that line, I can be contacted at ajedraszczak@gamecola.net. 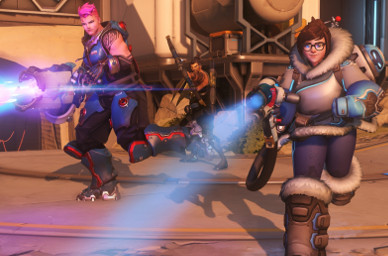 Joseph Martin: There’s not a lot of difference between talking about how good the multiplayer of Overwatch is and the general amazing quality of Overwatch as a game since pretty much all of the main content is multiplayer, but I won’t hesitate to say that the experience of working with my friends as a well-oiled teamwork machine wasn’t invigorating. Unlike many other shooters where the gameplay is slightly tweaked depending on your playstyle, Overwatch allows you to play with your friend who is really into pinpoint shooting accuracy while you can have fun not aiming with your flying-electric-monkey-scientist. Overwatch has a character with a playstyle to match any particular gaming person, which means that just about any group can form a satisfying team. Add that core value to the constant tweaking of the content to make mechanics as fun as possible, regular new hero updates, and plenty of other qualities that make it a solid game in general, Overwatch easily became my go-to multiplayer experience over the course of the last year.

What you were expecting us to just reveal the Game of the Year right away? For that, you’ll have to come back tomorrow!

I don't know how many of you have played, let alone heard of, this game. Well, technically there were three PC games (and more, if you count the children's versions, and maybe a Game Boy version?), bu ...