This is it, folks! The big winners of GameCola’s 2016 Videogame Awards! Six months past relevance, you finally know the best games of 2016!

Looking for the little winners? Don’t forget to check out yesterday’s awards post! 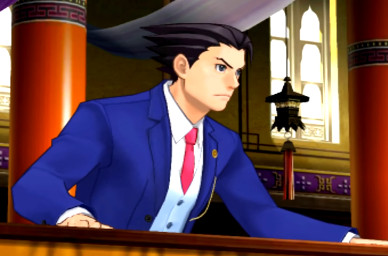 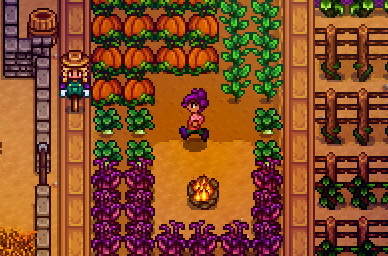 Colee Koballa: Stardew Valley is one of those fun and enjoyable games that you can jump into and keep playing for hours on end. A return to the classics, Stardew Valley is an addictive farming simulator in which you can farm, mine, fish, and woo the locals to your heart’s content. When playing the game, it is easy to see all the love, time, and dedication that was put into making this game. Exactly the world you’d want to escape into and forget about your troubles. 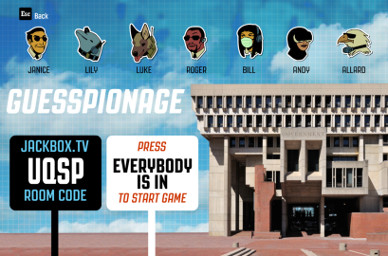 Alex Jedraszczak: We’ve already acknowledged that Jackbox is Game of the Year material (or at least Funniest Game material), but we’re missing one key factor that really makes this game so great—it’s accessible for everyone. You’re not limited to playing against people on your console of choice like so many multiplayer games. You’re not even limited to console or PC or mobile…or even to just friends who actually own the game. As long as one person owns the game in any form, everyone can play. Combine that with the endless fun and replayability and you have a title that blows the other downloadable console games away. 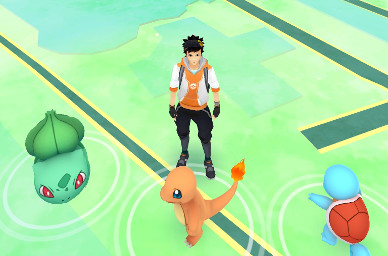 Anna Bryniarski: Putting Pokémon on mobile was a really good idea. It got people to GO outside to catch Pokémon, and in groups of friends it was a lot of fun. Despite server problems, once the game was playable it was a blast. 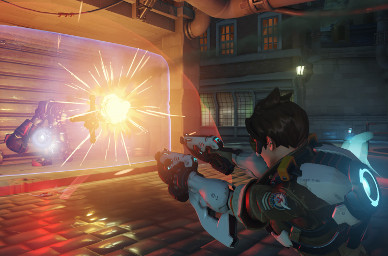 James Pelster: So much has been said about this game in the past year that it’s hard to condense it all down into a bite-sized review, but here goes: Simply put, Overwatch is an amazingly well-made game. It has a huge variety of interesting and well-designed characters, fleshed-out yet unobtrusive lore and character backstories, gorgeous (and surprisingly performance-friendly) graphics and animation, and intense gameplay with a large emphasis on teamwork and cooperation. Furthermore, the fast-paced development cycle and regular introductions of new playable characters keeps the game fresh, and constantly puts your strategies and skills to the test. If you’ve played a game from Blizzard Entertainment before, you’ll immediately recognize the massive amount of polish and care being put into this game, and I’d highly recommend it to anybody who even remotely enjoys first-person shooters. 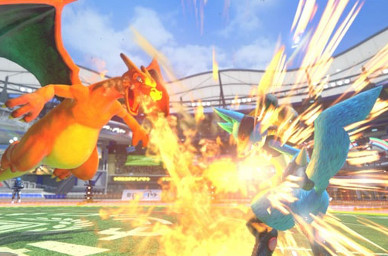 Joseph Martin: Sometimes, people think good games have to be flashy new ideas that no one has ever thought of before. Other times, all that you really need is to fulfill a request from the fanbase to the best of your ability. Pokkén Tournament fulfills the dream of a real Pokémon fighting game, where the mechanics of the RPG are stripped down and we get to see more of the trademark Pokémon battles than simplistic animations of sprites kinda running into each other.

With mechanics built on the framework of the Tekken series of fighting games, Pokkén Tournament succeeds in being a wish-fulfillment of a brawler that allows for the combative aspect of Pokémon to be taken to its limit. Details like taking the standard fighting game mechanic of shield>punch>grab>shield…and placing it at the forefront of Pokkén Tournament combat to allude to the grass, water, fire type advantage dynamic of the main series of games keeps Pokkén Tournament from feeling like simply a reskin of a totally different fighting game, and the Mega Evolution/Powered Up Form for each combatant continues to sell the world and is immensely satisfying. It’s no wonder the game is slated to join the ranks of the Nintendo Switch later this year! 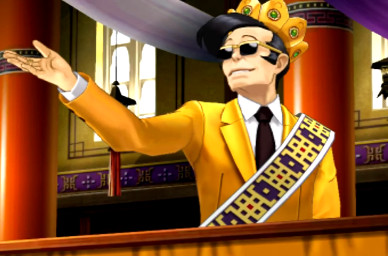 James Pelster: The sixth installment in the main Ace Attorney series really blew me away! The team at Capcom have clearly improved since they initially brought the series into the third dimension with the previous game, Ace Attorney – Dual Destinies. This game features beautiful 3D character models and environments, an amazing soundtrack, and a totally over-the-top cast of characters. The writing is top-notch, too; the game’s script is filled with pop-culture references, hilarious dialogue, loads of character development, and a plethora of surprising twists that kept me mystified and engaged. If you own a Nintendo 3DS, you should definitely check out Ace Attorney – Spirit of Justice!

Best Game of Ten Years Ago 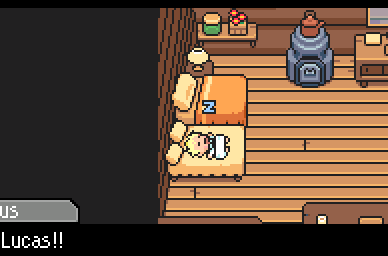 Diana Gray: Alright, busted. I haven’t actually played Mother 3. But I have seen a full walkthrough of the fan-translated version and it is amazing. There’s something about the Mother series as a whole that is just captivating (as I’ve experienced through walkthroughs of Mother and EarthBound, and my own EarthBound playthrough). Between the humor and the deceptively dark themes, the series is an experience that everyone should really have. Even though Mother 3 wasn’t officially released over here in the US, we had a dedicated fan translation team that brought the game to us, and that in and of itself speaks to the quality of the game. Even ten years later, the humor and themes of Mother 3 are still hilarious and heartwrenching, respectively, and that is the sign of an excellent game.

Best Game of Twenty Years Ago 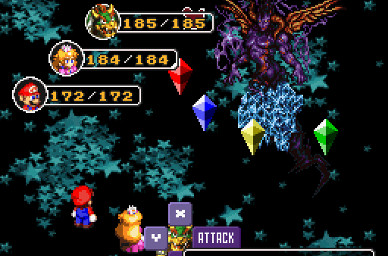 Shannon Hoover: As its name suggests, Super Mario RPG was the first, and arguably the most successfully executed, role-playing game in the Mario franchise. In it, Mario takes a wild romp across the Mushroom Kingdom and beyond—collecting stars, finding secret Treasure Boxes, jumping on things, playing mini-games, meeting new friends, fighting enemies, fighting alongside enemies—in an epic quest to defeat an overwhelmingly powerful boss who makes Bowser look about as threatening as a freshly baked pie.

The isometric SNES graphics hold up surprisingly well, and the music is…how do the kids say it nowadays?…”all that and a bag of chips” (seriously, go look up “Forest Maze”), but the battle system is truly the stand-out innovation of the game. Super Mario RPG put a spin on the idea of turn-based combat by introducing Timed Hits, real-time actions that have a chance of boosting your attacks and defense if performed correctly, essentially making fighting enemies another fun mini-game instead of a mindless grind-fest.

Overall, the game manages to marry all the iconic features and humor of a proper Mario game with all the tenets of good RPG design to produce a title that more than holds its own against other giants both within the genre and within the franchise (and I’m not just saying that because it’s the only Mario game I, as a non-platformer, have been able to beat).

Best Game of Thirty Years Ago 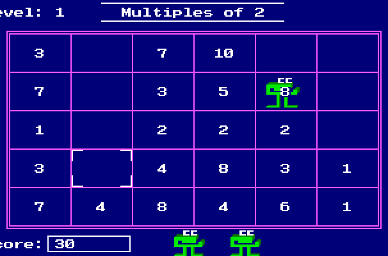 Shannon Hoover: Anyone born in the ’80s probably remembers playing this edutainment title in their school’s computer lab. The concept is simple: you, a little green Muncher, must find and devour the correct solutions to a math challenge before you yourself are found and devoured by mean ole Troggles. Like all food chains, speed and brains are the keys to victory.

What keep the game interesting are the amusing Road Runner-style cutscenes, the strategy of figuring out how to best take advantage of force fields, and the incredibly customizable difficulty settings with six different challenge modes and grade-appropriate scaling. Even revisiting this title as an adult, there are still some levels that put sweat on my brow. 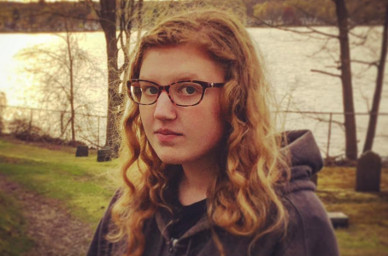 Alex Jedraszczak: It was a tough year to choose a top contender for Staff Member of the Year. Quite a few staff members have been upping their game and contributing more to the site. Of all of them, perhaps the one that has the biggest and most obvious impact is Anna in her new position as Social Media Coordinator.

On top of her regular articles and podcast participation, she’s taken on the responsibility of maintaining the GameCola Facebook and Twitter, making sure that people actually read the things posted on the site. It’s an important job, and it’s easy to see why she came out this year’s winner. 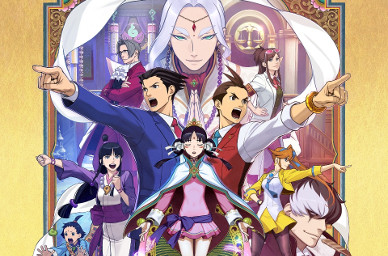 Diana Gray: When Spirit of Justice was first announced, I think I almost died. After all, Dual Destinies hadn’t been THAT long ago in the grand scheme of things, and already, we were getting another?! But at the same time, I took it with a grain of salt. Dual Destinies hadn’t exactly been the most satisfying entry in the series, but there was always hope for this one. And thankfully, it did not disappoint.

In Spirit of Justice, you play both as Phoenix Wright, investigating cases in the foreign country of Khura’in, and Apollo and Athena, holding down the fort in Japanifornia. Old characters make a comeback—MAYA, Ema, and Edgeworth—and there are introductions to plenty of amazing new characters that (in this fangirl’s opinion) are some of the best that have come out of the series in years—Rayfa, Nahyuta, Ga’ran, and Durkhe are beautiful additions to the crazy cast. In typical Ace Attorney fashion, the cases are wild, the dialogue is fantastic, and the twists are to die for. It was harder than the last game, something I in particular had asked for, and introduced a great new game mechanic to the courtroom, Rayfa’s divination seances. They were actually quite difficult at points, which provided a nice new challenge and a breath of fresh air to the typical courtroom routine.

But what I think really made this game special is two things in particular. The first thing is something GameCola has been ragging on since the beginning of time—Apollo Justice and his lack of backstory. Back when Apollo was announced to be in Spirit of Justice, I agreed to give him one more chance. And this time, he actually got the backstory we were all so desperately waiting for. I can honestly say that Apollo grew as a character in this game and it impressed me. I won’t spoil it, but if you were hesitant to play this game because of Apollo, don’t be. This time around, he actually gets the attention that he deserved in his own game.

The second thing that absolutely made this game for me was the final case. Bear with me, we’re gonna get into spoiler territory here, but I need to discuss this. If it wasn’t for this case, it honestly wouldn’t have been my top choice for Game of the Year (okay, it probably still would have. But it wouldn’t have felt quite as well-deserved). In Case Five, you, as Apollo, are forced to take on a civil case (the first in the series, no less) and stand with Athena opposite none other than your boss and mentor, Phoenix Wright. Let me tell you, it’s a surreal experience. To look at the ace attorney himself standing across from you and realize that this is a monster that you yourself created. And then of course, this segment resolves and the rest of the case hits you like a train.

So what can you take away from this fangirl’s ramblings about this Game of the Year? Well, if nothing else, that this award was completely well-deserved, because this game rivals the original trilogy in quality and the final case is up there with the best. This is everything fans asked for after Dual Destinies. Although we know the Ace Attorney team is working on Dai Gyakuten Saiban 2 right now (which we will, of course, never see), we can hope for another installment in the main Ace Attorney line because trust me—the game ends with DEFINITE sequel bait. Or at least we can dream.

Still not satisfied? Need to know more about 2016’s winners? Stay tuned to GameCola’s Twitch channel for our Christmas-slash-year-end-awards spectacular this weekend!

Readers: Why was Liaunde so nice when she used to be such a hardcore bitch?! What happened?!