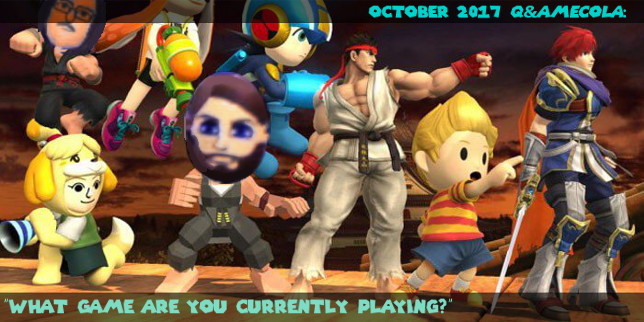 This month’s Q&A was delightfully low-key: “What game do you currently have going, and how are you liking it so far? If you aren’t playing anything right now, what have you played most recently? Was it any good?”

The game I am currently playing is a Steam game called Hollow Knight which was released on February 24th of this year. It’s a really good game. It’s one of those games that isn’t going to hold your hand and tell you where to go. It’s up to you as an explorer to find your way through this mysterious world. I really like the art style of the game. When fighting creatures, the combat feels so good; it just feels so invigorating. I’ve been enjoying it thus far (as well as enjoying getting lost along the way) and can’t wait to see what else this game has in store for me!

I was inspired by a favorite YouTuber to revisit Pokémon HeartGold as a Nuzlocke Challenge. Currently I have 16 usable Pokémon, 3 gym badges, and have suffered only one fallen companion. Also, I don’t mean to brag, but my Raticate is different from regular Raticate. It’s like my Raticate is in the top percentile of all Raticate… 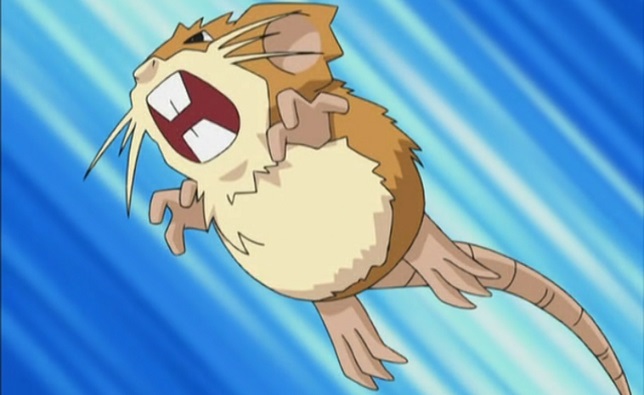 Gnashville the Ravenous eats your Rattata for breakfast.

Played and beat this about three weeks ago. The game is very simplistic and has that “Deadpool-ish” sense of humor with cartoon blood and gore, harsh language, and constant fourth wall breaks. Gameplay is all hack-and-slash with very little substance behind it. The game tries to break the mindless monotony with optional minigames that include a 2.5D bullet-hell game, a job system that plays custom 8-bit arcade games that are fun and challenging, and helping your cat lose weight. I wish I was kidding. The game is a lot of fun as it relishes in being what you’d expect a self-aware hack-and-slash game to be. Check it out! 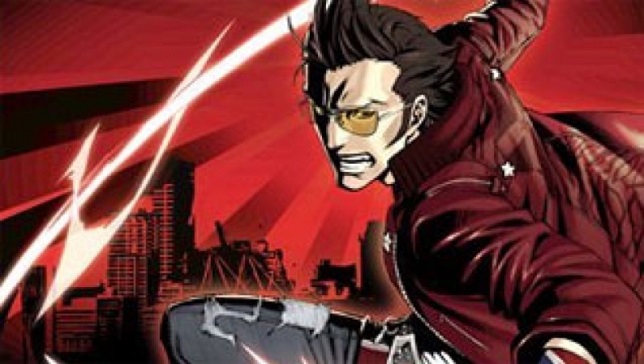 This is the face of a man who cares about his cat.

Paul: Hello again everyone, and welcome to the BEST sports entertainment promotion outside of the World Series of Darts, Digital Championship Wrestling. As always I'm Paul Franzen, and with me this ev