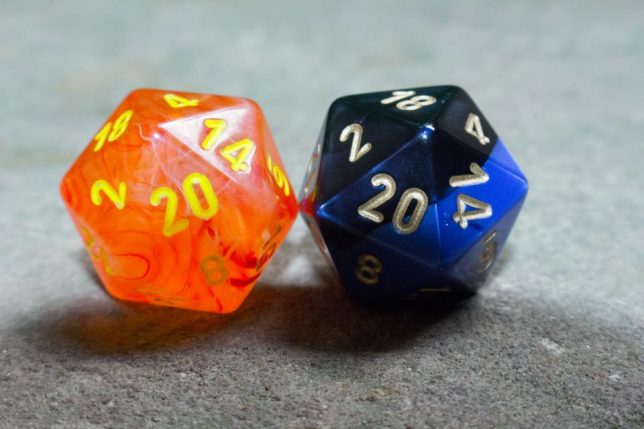 I’ve been on three D&D/RPGcasts here on GameCola. If you go back and listen to them, you may find that I don’t talk as much as others do. I saw a comment on the first Final Fantasy RPGcast video that said I was boring because I barely said a word. The simple answer to why I didn’t say anything is that I’m a very anxious person. Online, where I’m not physically speaking, I’m a lot more comfortable saying things. When it comes to speaking, though, I get nervous. That’s one of my biggest problems with playing D&D. I’m afraid of saying the wrong thing and feeling judged. I don’t like taking away from what others are doing, and feel like I should just keep quiet and let others do what they want.

In the past few years I’ve gotten a lot better about speaking out. I’m more comfortable with talking and taking on a larger role in the party. It finally dawned on me that sometimes I need to actually participate. Not like I hadn’t been before, but I needed to not let everyone else do everything.

Eventually, I wanted to try my hand at being a dungeon master. I got all my stuff together, asked for advice, and tried to get to work on a story. The problem was I had no idea what I was doing. The perfectionist in me wanted everything to go without a hitch, even if this was my first time running players through an adventure. Even using a published adventure had me feeling ready to cry from how anxious I felt about everything not being exactly what I wanted it to be.

It took a long time for me to realize that none of this was going to be perfect. I was going to mess up, but it was okay. I’d learn as we went along what worked, what didn’t, how to pace things, and what to do when things got a bit off the rails. I ran a few sessions, taking my players through a sidequest in the published adventure Curse of Strahd, and it was a lot of fun. I had to do a good amount of modifying so that my players didn’t die immediately, and honestly, that was probably for the best. I left them at level one, and it was an opportunity for me to figure out how to scale back enemies so they could fight them without fear of killing their characters right away.

On the flip side of D&D causing me anxiety, I feel like it’s done a lot to help me open up as well. I did some text-only sessions over Discord during the summer. It sort of helped me to do more than just sit in the background and speak only when goaded to by the DM. It was a lot of fun and I put myself out there more, and whether that was because it was text only or because I was actually getting better, I can’t say. I do feel like D&D has actually helped me a lot with at least trying to push my anxieties aside so I could have fun and participate in this glorious collaborative effort to tell a story.

Indie survival horror game Catequesis is coming out next year!