Amidst all of the hustle and bustle of E3, I ventured to Los Angeles for a separate but still somewhat related event. The newly founded Esports Bar Association held its first ever conference at Loyola Law School in Los Angeles—and being home for the summer with a flexible work schedule and a desire to get hired, I decided to go! 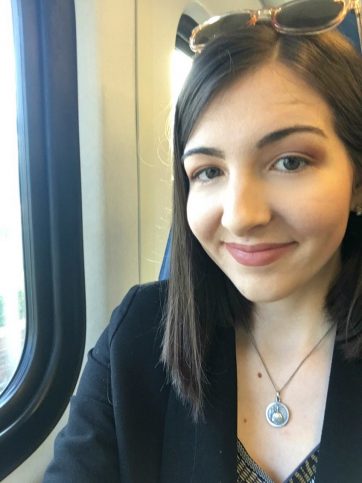 I took the train from home to L.A. and back, not only because I didn’t want to drive to L.A., but because the day ended with HAPPY HOUR!

The panels themselves were fascinating. I won’t get into too much legal jargon for the sake of this readership, but the panelists discussed a wide variety of topics in esports, like the new gambling legislation, streaming and IP related issues, and the state of collegiate esports teams. My favorite panel was definitely about how to begin a career in esports law, as it’s very relevant to me as someone just entering law school and really looking to make a mark on this industry in the future. There are so many different areas of law that could contribute to a career in esports—I can’t wait to see where I’ll find my niche! 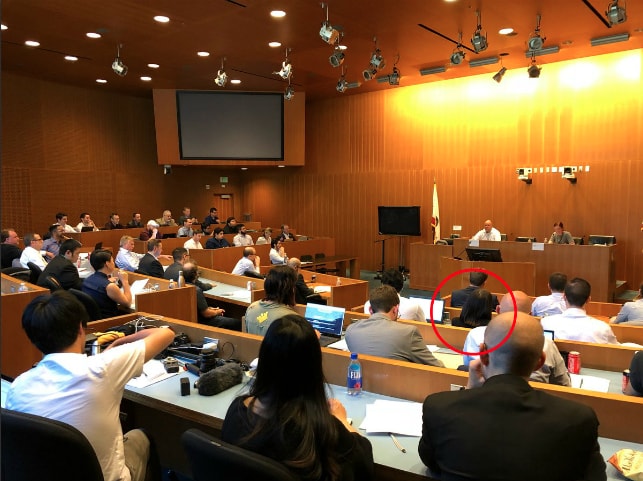 I also got the opportunity to meet Jake, who plays for the Houston Outlaws in the Overwatch League! He spoke on a panel about the player experience in esports, and it was very interesting to hear about contracts from the point of view of a player, not an attorney! I mustered up all my courage to finally ask a professional esports player a question from my thesis, and he said it was a great question! We also snapped a pic. 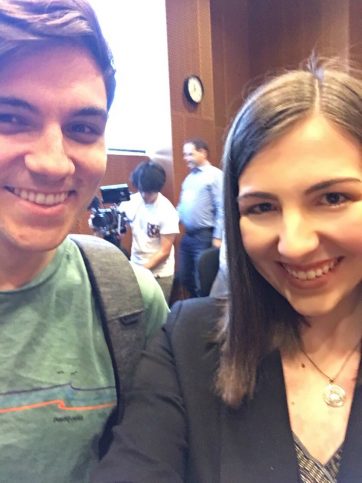 He’s super cool in person, and really down to earth!

Overall, the esports law community is so chill and fun! We all networked so much and I met people from law students like me to one of the in-house counsels at Microsoft (we talked about their E3 conference for a bit, no big deal). I also gave my resume to Ryan Morrison*, so you might see this face in some big esports places someday soon. At least that’s the goal.

*Actual conversation from the best of my recollection, which took place at the end of the conference:

Me: Hi, I don’t mean to interrupt, but I just wanted to say thank you for putting this on—

Mr. Morrison: Where is it?

Mr. Morrison: Your resume. I know you have it with you.

Me: Uh, oh, here. *pulls out my resume and cover letter I wrote just for Morrison | Lee*

Mr. Morrison: I can’t believe you weren’t going to give it to me. I’ll talk to you soon.

Me: I wasn’t sure if you wanted it okay thanks bye!