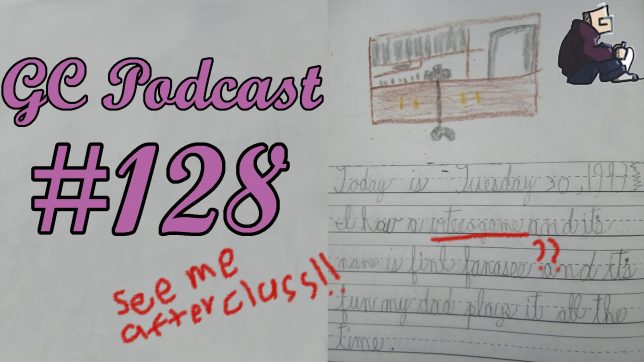 It’s a new year, and that means it’s time for radical changes. To start us off, Alex Jedraszczak has played some new viteeogames (that’s how we spell it now), much to the shock of Joseph Martin and Anna Bryniarski. Listen in awe as Jeddy regales us with tales of gaming in the future year of 2019 with such topics as:

What will 2019 hold for GameCola and its titular podcast? You’ll have to keep an eye on us if you don’t want to miss it! Might I suggest checking out our Facebook, Twitter, YouTube, Discord, Twitch, and iTunes? And if you have questions you’d like to send to be read on the show, you can do so by emailing podcast[at]gamecola[dot]net!

omg, would u please stop e-mailing me!!! i did NOT subscribe to whatever ur doing here, and i would really appreciate it if u just stop sending me these things!!!Michael GaglianoI enjoyed carbonated n