So remember three years ago, when we joked on the podcast about sending Diana to E3? This year it actually happened. I took a few photos for y’all, so have a belated report of my adventures. 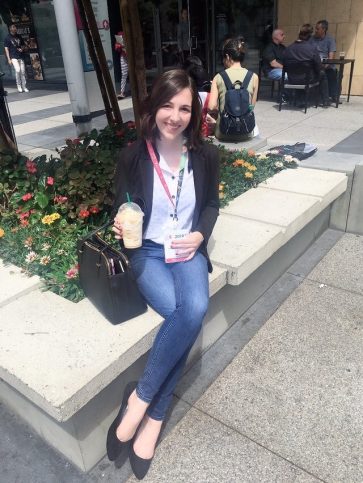 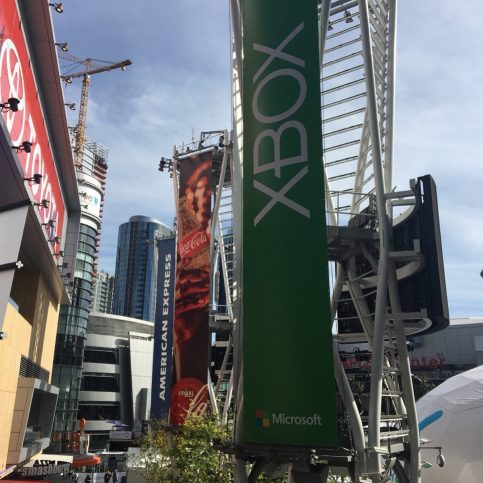 The signs at LA Live, with a peek of the Mixer Dome to the far right! 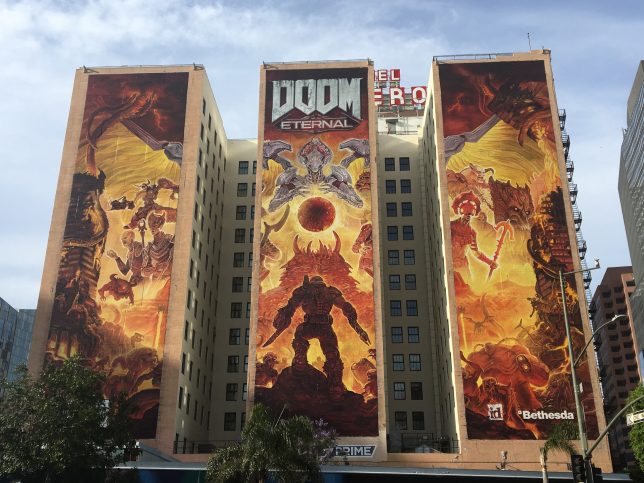 The Doom ad was pretty impressive.

Although I didn’t go into the convention hall itself, I did get to go into some of the events surrounding it, including the Mixer Dome! It was a giant inflatable area in the middle of LA Live, which had Mixer merch, live streams of E3 events, and Fortnite and Apex Legends available to play. My coworkers and I all played Apex for the first time and were all terrible, before we were promptly removed to make way for more qualified players. 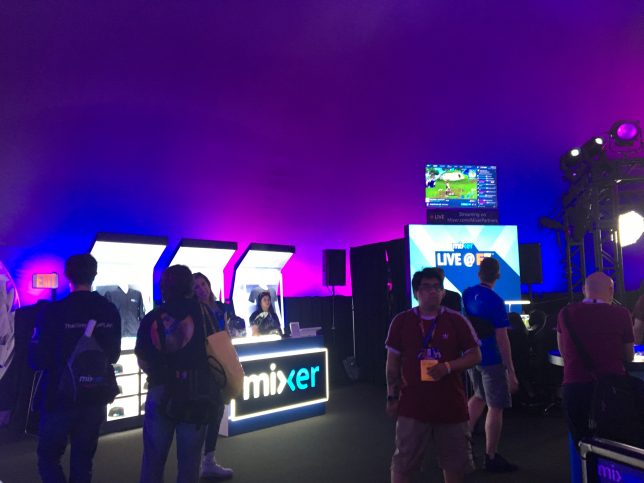 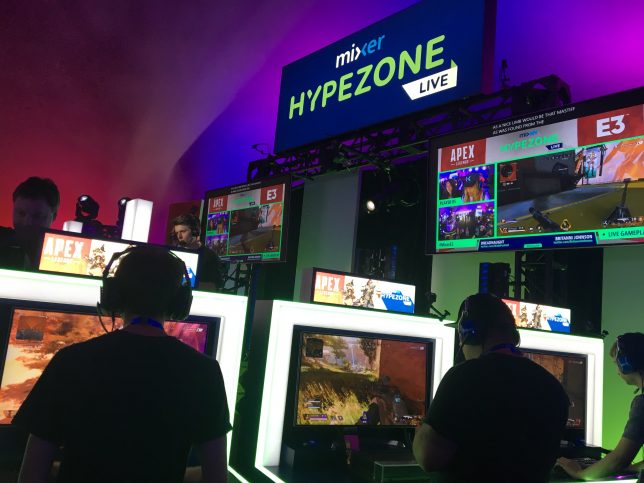 There was a livestream running of people playing Apex. Thankfully we were not featured. 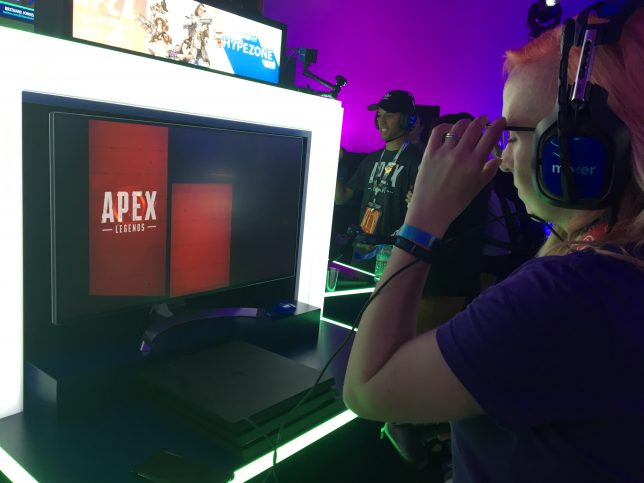 My coworker Maddie was the first to take the plunge and try Apex. It wasn’t pretty.

We also visited the Twitch party, which was pretty cool. 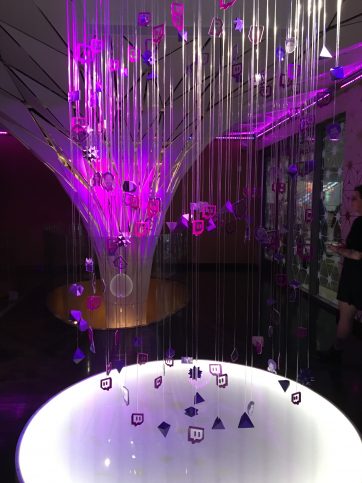 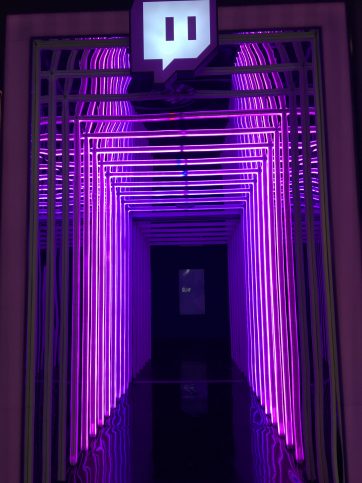 Also I reacted to the Nintendo conference with my good friend NintendoCapriSun, so that was a lot of fun.

I went to some industry parties (like Devolver’s), met clients, and overall had a great time. It was so refreshing to see LA filled with gamers and people having fun, and the industry side of E3 is absolutely crazy. I know this will be the first of many E3s to come, but I think the first will always feel special.