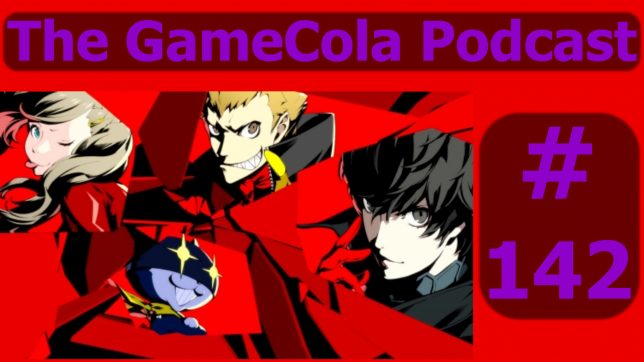 I’ll be honest folks, while this wonderful podcast features the stellar lineup of James Pelster, John Rizzi, Anna Bryniarski, Alex Jedraszczak, and Joseph Martin, there isn’t really much of a coherent through-line when it comes to topics of discussion for me to pontificate on in a humorous manner as is the norm for these episode descriptions. Nevertheless! Join the GameCola crew as they address videogame news and discussion such as the following bullet points!

And of course, much more. Speaking of more, be sure to visit our Facebook, Twitter, YouTube, Twitch, and Discord. And if you just want to listen to the podcast, you can find us on iTunes and Spotify, along with many other common podcasting platforms. Look for us on your favorite!