The year 2019. That far-off year of yesteryear. That year seems like more than a year ago, but in reality…that year was only a year ago.

And that’s the year we’re here to celebrate! Here at GameCola, we like to give our staff appropriate time to play all the games released in a year before giving out the awards. I mean, really—can you give a November release like Pokémon Sword & Shield an award with only a couple weeks to play it?

In these unprecedented times, we gave our staff an unprecedented full year to play the games of 2019 before having to vote on the best games. That’s good, right? We hope you’re as excited as we are. Now on with the show! 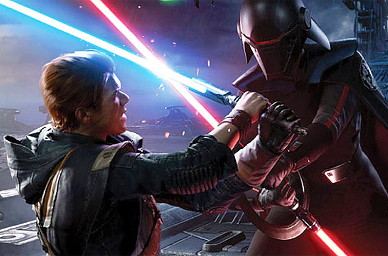 Terrence Atkins: Recent Star Wars games have been all about the action—FPS games set in the Star Wars universe. They’re fun games, to be sure, but they don’t really immerse you in the world, letting experience being a Jedi, falling over. When you ask for a licensed game, do you just want the characters and imagery plastered on some generic setting? Fallen Order finally delivers that movie-quality gaming experience the fans have been craving. The Legend of Zelda: Link’s Awakening

Matt Breslau: Having grown up with fond memories of Link’s Awakening on Game Boy and DX on Game Boy Color, I shuddered to think what a remake would be like. I’m not proud to admit that I was originally skeptical that a game that I had long considered one of my top twenty favorites of all time could be done proper justice by a remake in modern times. Nintendo slapped me sideways and blew me away, preserving the same vibrant environments, characters, and playstyle that made the monochrome original and its colored counterpart such fantastic experiences in the first place. I love the new art style and the freshness of the controls, adapted for a controller with more than just two face buttons. Link’s Awakening 2019 wasn’t just a remake for me. It was like getting to experience my childhood for a second time, which is one of the biggest accomplishments any remake can achieve.

Anna Bryniarski: I’m glad we all agree that this bastard is the winner of Best New Character for 2019. What’s not to love? Who doesn’t love a cute, chaotic neutral/evil bird?

I don’t think there was another real choice here. We needed this cathartic bastard goose to cause trouble in the name of chaos itself. 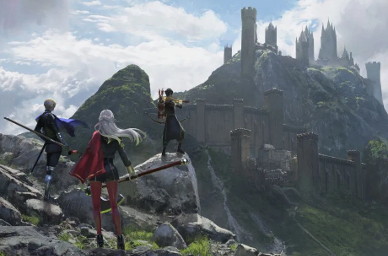 Diana Gray: Fire Emblem: Three Houses rightfully deserves the award for Best Story. The four separate stories effortlessly blend together and build on each other to create an experience. Every character adds something fun and unique to a meaningful story about power struggles, classism, and deciding which student is cute enough to date (less creepy than it sounds, mostly). A character that is a villain in one route is a hero in another, and having the context of some routes when playing others colors the entire experience. The fact that fans of the game are so divided into their own houses is evidence of the passion that a good story can inspire. And the story was expanded even further by a DLC addition about the Ashen Wolves, bringing new students, new classes, and new locations all seamlessly woven back into the original story. I’ve devoted over 200 hours to this game and am still not done—and personally, I’m excited for the story I have yet to experience. 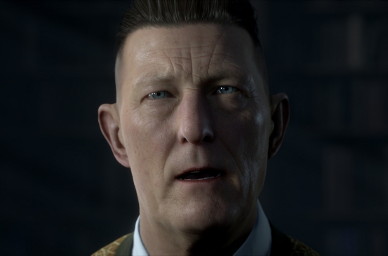 John Rizzi: Man of Medan…you had one job. This game’s predecessor, Until Dawn, had an engaging setting, a chilling atmosphere, fast pacing, great performances, and so much depth to the choice system that it warranted many playthroughs to experience everything it had to offer—so I was eagerly looking forward to what they had planned next. A continuing Interactive Horror Anthology Series with new settings every game? Holy cow! It’s gonna be the Twilight Zone of videogames! This potential was enough to make any horror/thriller fan like myself giddy with excitement. Then…Man of Medan came out. It started off promisingly enough, until about an hour in when I noticed that something was missing. Other than the many glitches and bugs that plagued the console versions, Man of Medan‘s characters were bland and not as engaging as Until Dawn‘s. There was also no hard hitting mystery or character drama to engage you right off the bat. Now, this normally wouldn’t be a big deal…but for an interactive videogame, this bogs down the pacing by a longshot. When things finally started happening about 2.5 hours in, I didn’t care about any of the characters. The early choices started to seem inconsequential—and the game’s main mystery hadn’t even started yet! 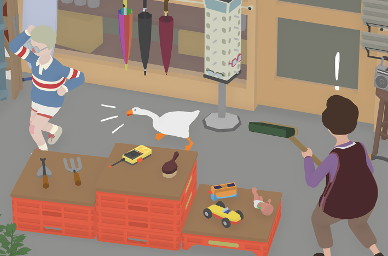 Matt Breslau: I never thought a game about a goose causing mild irritation to humans would be one of the best sources of humor and memes that the world could offer, but I’m glad I was blindsided there. Untitled Goose Game‘s humor was so pervasive that even Games Done Quick, a semi-annual speedrunning marathon that I devoutly follow, has since been festooned with goose art, teeming with audience members yelling “HONK!”, and crawling with references and in-jokes about our favorite waterfowl. So simple in its design but so poweful in its gameplay, it immediately struck a chord with enough people that it will likely be remembered as one of the funniest games of all time, if not just the funniest of 2019. 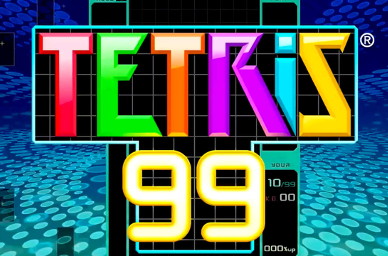 Joseph Martin: After the MMO and FPS Battle Royale genres sought to answer the question of how the ever expanding network infrastructure of videogames could address large groups of players interacting with each other, Tetris 99 features a solid foray of the competitive puzzle game into the “massively multiplayer” space. Unlike those other genres though, Tetris 99 has simple, accessible gameplay with a long history in a wide variety of gaming spaces ranging from hard-fought competitive scenes to your grandmother’s Facebook page. What makes this game so well-suited for the “battle royale” style is that the large number of players serves as more of an equalizing force than other multiplayer games of its fashion. Hardcore strategies butt heads against raw experience and mix with a little bit of luck, meaning anyone can stand a chance to make it to the top if they play their tetromes right. Combined with the added functionality of playing with your friends, streaming team matches, or just using the Switch’s portability to get in a quick game in, the solid foundation of fighting with blocks cements Tetris 99 as a multiplayer all-star. 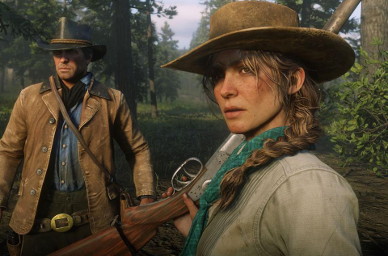 Terrence Atkins: RDR2 (or RDRR as I like to call it) is a good game, but you know what’s better than a good game? A better game. And that’s what it keeps becoming. While other companies are selling you buggy games and then expecting you to pay for DLC to fix the original nightmare, Red Dead Redemption 2 is over here with new jobs and roles, expanded or unseen story content, and regular gameplay polish improvements taking into consideration player feedback. When I pay full price for a game, I plan on devoting some time to make it worth the money, and Rockstar is over here living up to their name by making sure I can always come back for something new when I load up their game.

And that’s only the half of it! The big awards are all tomorrow, not to mention our awards livestream, The Tac, so be sure to come back. And if you just can’t wait and need to talk about the best games of 2019 (or why we were completely wrong and the awards are a sham), tell your friends on Facebook and Twitter using the #GCVGA2019 hashtag! Nobody responding fast enough? Head over to our Discord channel, where the staff and all the superfans can respond immediately!

Howdy everyone, and welcome once again to Digital Championship Wrestling! I'm Paul Franzen alongside "Captain" Eric Regan, and on the heels of that EPIC Sonic vs. Bowser matchup we've got, for you, ye ...