Wait, did you see yesterday’s post? Don’t miss out on Part 1 for more awards! 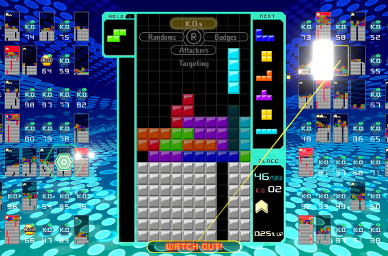 Kristine E: I didn’t grow up with the original Tetris, and I’m not a fan of competitive gaming, but Tetris 99 was my go-to time waster for a large part of 2019. Even if you never win you feel the urge to go back and try again. The game is addictive and I can see why the original Tetris was such a big deal back in the ’80s. 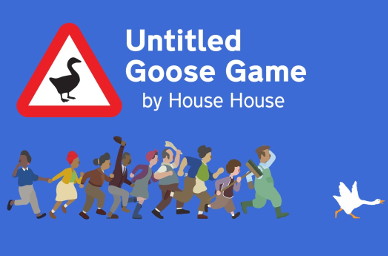 Terrence Atkins: What’s more independent than an untitled goose? Best independent character, best independent game! Sometimes the simplest concepts are the most entertaining, and the developers really went all-in on the gameplay without all the fluff that fills up AAA titles. I mean, come on. They didn’t even bother coming up with a real name. Obviously they were too busy making a great experience for the player.

Honorable Mention: Baba Is You 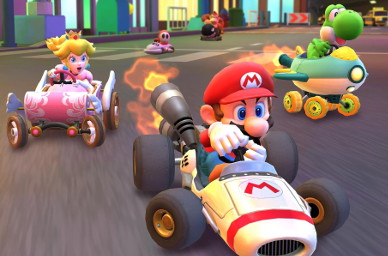 John Rizzi: Mario Kart Tour had a lot going against it when it first came out. You only started with one random character, you had to race on a predetermined selection of tracks, no multiplayer, and of course, microtransactions galore. But as the game went on, and the free updates started, there’s a lot to love here. The gameplay is classic Mario Kart shenanigans with some slightly frustrating touch controls that are easy to get used to. Courses and menus have that classic level of Nintendo polish and charm, and you’re heavily rewarded for just playing the game—Unlocking characters and Kart parts left and right even without shelling out for the monthly pass (which, in my opinion, doesn’t contain anything that changes your overall experience). Objectives are fun and easy to pass, and they even brought back the much-loved Mission Mode from Mario Kart DS (in a sense). Mario Kart Tour is an addictive and really fun free-to-play romp. And while the newly-added multiplayer is a bit janky, it adds another level of challenge. 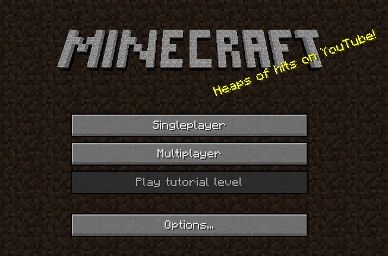 James Pelster: It’s hard to believe it’s been ten whole years since Minecraft was first released to the public. I myself have some wonderfully fond memories of my first time playing back in the summer of 2011, during the days of Beta 1.7.3 (mostly on Peaceful difficulty—I really wasn’t a fan of Creepers back then), and even more fond memories of the many months I spent on a multiplayer server with friends just half a year later. By that point, Minecraft had officially left the Beta stage and was all the way up to Release 1.2.5! I must applaud Mojang for continuing to innovate and enhance this once-simple block-building game even now, eight years after it was “completed”. I also have to acknowledge the incredibly vibrant and creative community of map builders, minigame creators, mod programmers, redstone engineers, and many others who give us even more ways to play Minecraft the way we want. I may not have been there from the very beginning, but I’ve been able to watch the game grow and transform in so many ways since those fledgling days. I think it retains the exact same charm and feeling of limitless possibility after all this time. My proof? It’s the only game in my entire library that I still consistently return to after almost a full decade of playing it. Not every new update is an earth-shattering revelation (a couple of them have even been fairly controversial), but I can always find something to re-ignite my interest and passion in a game that still has a lot more to give. 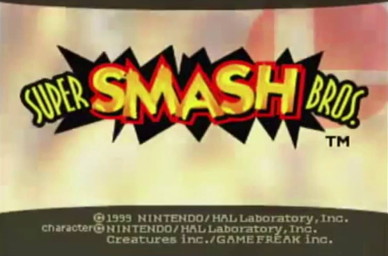 Joseph Martin: With the technical depth of Melee and the presentational breadth of Ultimate, it can be easy to forget that much of the foundation of Nintendo’s most successful crossover series was present in the original entry. Turning conventional ideas of fighting games on their head, Super Smash Bros. for the Nintendo 64 exchanged health bars for launch percentages and complex control inputs for wildly asymmetric special abilities. The result was a videogame which could be enjoyed by both casual Nintendo fans and fighting game enthusiasts looking for a new style of play, and its legacy still permeates gaming discourse to this day. 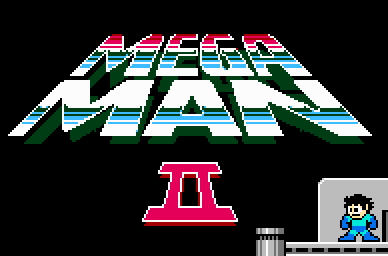 Nathaniel Hoover: With more than 50 games in the Mega Man franchise—and those are just the ones that anyone’s ever heard of—it’s incredible how much love and attention are given to Mega Man 2, to the near-exclusion of any other game that isn’t Mega Man 1, 3, or X.

Consider the boss cameos in Mega Man 3 and the retro throwback that is Mega Man 9. Notice which of the six NES Mega Man games appears on the NES Classic. Look at Mega Man’s default moveset in Super Smash Bros. Listen to Mega Man music performed in concert by the likes of Video Games Live, Symphonic Gamers Orchestra, and Bit Brigade. The ubiquitous influence and enduring popularity of Mega Man’s second adventure are undeniable.

What makes Mega Man 2 so special? It’s an experience.

It’s the killer soundtrack, the personality-filled character designs, and the eye-catching locations. It’s the joy of using quirky and overpowered weapons to conquer tough and occasionally thinky challenges. It’s the memorable surprises and set pieces: ascending the tower in the intro cutscene to find helmetless Mega Man ready for battle, rushing past Quick Man’s Cheez Whiz death lasers, being ambushed by a dragon over a gaping abyss, and discovering that Dr. Wily is really…an alien!? And that’s to say nothing of the tight controls, dual difficulty modes, and impressive replay value.

Mega Man 2 expanded and improved on its predecessor in groundbreaking ways, setting a high bar for sequels in general—not just Mega Man sequels. Although subsequent games in the series do many things better, none have outdone Mega Man 2 in terms of mass appeal, and few other games from 1989 have withstood the test of time so well. 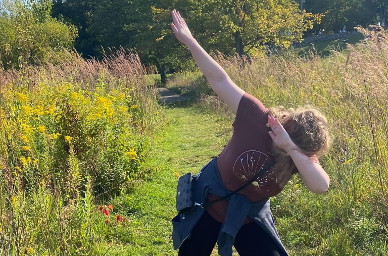 Alex Jedraszczak: If you’ve been around GameCola, you’ve seen (or heard!) Anna. She’s more than just our Social Media Queen. She’s also Harper, and Palutena, and Alana, and Master Hand…even Larry. Not to mention hosting her own episode of “Hacks’n’Slash“—and being present for basically every podcast and livestream. You start to realize just how much of GameCola is Anna when you notice that all of those credits are from 2019 alone. Without her, GameCola would be a much more empty place, and it’s easy to see how she won this year’s Staff Member of the Year award! 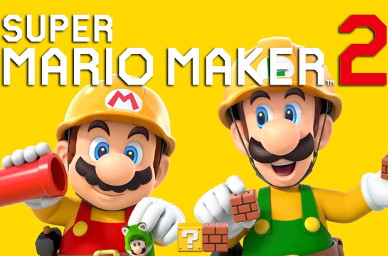 Joseph Martin: How do you improve on Infinite Mario? That is the question Nintendo had to answer when developing its most recent entry the Super Mario Maker series, where players can create and play their own 2D Mario levels. A simple solution would have been to only market the inherent versatility that comes with existing as a Nintendo Switch game, but SMM2 takes a holistic approach to improving on the standard set by the first entry.

Large scale additions, such as the brand new 3D World gamemode’s associated parts and pieces, to smaller fundamental additions, like slopes, create a platform that can truly serve to stand in for the entire 2D Super Mario franchise. Game knowledge accessibility is another important addition to SMM2. The new single-player mode is both a solid tutorial for the wide variety of mechanics present in the game’s level creation system and a fun gameplay experience in its own right. The game has also been periodically updated with additional mechanics and features, the most notable of which is the ability for players to combine their levels into full worlds, almost entirely circumventing the need for 2D Mario games at all. Indeed, should not the best games force us to struggle visualizing possible remaining improvements?

That’s all for the awards, but the celebration isn’t over! Be sure to stop in for our 2019 Videogame Awards / Christmas in December celebration, The Tac, over on our YouTube channel. It’s live at 8pm EST tonight—but don’t worry! If you miss it, it’ll still be there for you whenever you want to see us fail to beat The Firemen again.

- Starting Sept. 14, Kirby (whom you all know from such games as Kirby's Adventure, Kirby's Dreamland, Kirby's Star Stackers, and various other games whose title is preceded by the name "Kirby") will