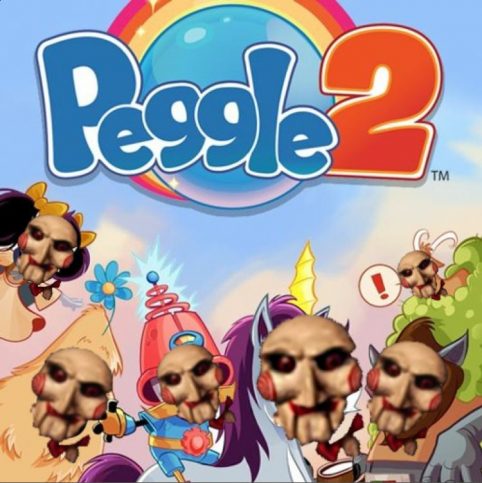 I love horror. The level of thought and understanding required to get inside the head of the very specific audience you’re aiming for depending on the medium and achieving the exact flavour of fear, anxiety, unease, etc. that you need never ceases to fascinate me. Another thing I love is franchises that are convoluted and stupid, full of the wildest plot twists and dumbest intricate lore. As a result, the Saw franchise very much tickles my fancy. The first movie, in my opinion, is a genuinely good little thriller that manages to pull off its twist rather masterfully (and to the tune of an iconic bit of music that not only punctuates but enhances the cerebral feel of the climax, no less). The sequels, while easy to consider worse in most senses, add the dumb twisty nonsense that I adore. Now, where do videogames—sorry, Saw II: Flesh and what now?—come into this equation?

Enter a roommate I once had. This man had a very impressive and longstanding commitment to getting the Platinum Trophy for every game he played in his massive PlayStation library. The dedication was truly something to behold. The months of brutal torture I would have to watch this titan of a man endure just for the sake of completing a single measly game could be utterly gut-wrenching. If I’m recalling this right, my ex-roommate finally abolished his long-time credo when the videogame book club he and his friends were a part of pitted him up against Rayman Legends whose Platinum Trophy finally broke him down.

Before this development however, there came a time when my old roommate decided to achieve the one-hundred percent completion of the lovely little title Peggle 2. The Peggle series is composed of Pachinko-like games, where you launch a limited number of balls into a big pit of pegs, and try to get the balls in a specific desired place at the bottom. In Peggle this is a moving bucket that refunds you the ball you just launched, and the win condition is hitting every single one of the twenty-five orange pegs before running out of shots. The basic pegs disappear when your ball reaches the bottom so that the board is different and your tactics must change when preparing for your next shot. Pegs will also be removed if the ball gets stuck on one for too long. There are a variety of peg types, and Peggle 2 has a number of different playable characters that each have their own special ability, level set, and stages.

While spending an afternoon hanging out with this old roommate, watching him progress through the campaign, he was in the segment of the game where you play as Luna, the ghost character complete with spooky setting and soundtrack. There came a fateful moment where we stopped talking over the looping soundtrack for the area and I had to whip my head around and ask, “Is the Saw theme playing?”

As you might be able to hear, partway through the song for the stage it vaguely sounds like the beginning of the iconic song “Hello Zepp”, known for being the track that plays whenever the big twists are revealed. The rapid one-two-three one-two-three one-two-three of the notes being played in quick succession in our first moment of silence, while easy enough to distinguish when you listen to them side by side, were at least similar enough to catch me off guard.

This spawned by far the most fun we have ever had playing Peggle 2. For the rest of the game I would start playing “Hello Zepp” whenever my roommate was down to his last few shots and it was uncertain if he would be able to achieve whatever Trophy he was working towards. This would invariably end up with both of us in hysterics as the dramatic strings would play over the ball bouncing all over the screen, playing a game of “will they, won’t they?” with the few remaining pegs and the bucket that couldn’t be defined as just tense or hilarious but would swing wildly between the two like a pendulum powered by rockets.

If you ever find yourself playing Peggle, and you’re down to your last uncertain shot, perhaps you should pick “Hello Zepp”—or your own favorite suspense theme—to be the soundtrack to your playing. I cannot think back on my experience without chuckling to myself a bit, so if you can find an experience even half as enjoyable with your own Home Modifications, I would love to have indirectly facilitated that.

Jenna Ogilvie offers advice about having dreams about Princess Toadstool.