2022 is halfway over, so it’s time to celebrate the best games of 2021! The big winners are all here—but don’t forget the little winners back in Part 1. 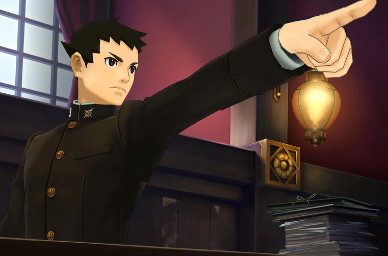 Dale Kulas: It seemed like the final two 3DS Ace Attorney games were going to be stuck in Japan after several years without a word from Capcom. That is, until their surprise announcement last year that the two Great Ace Attorney prequels would be released together as the Great Ace Attorney Chronicles, with included new content and bonus features! Capcom unleashed two past settings these games simultaneously transpire in: Japan’s Meiji era and Great Britain’s Victorian age as players control Phoenix Wright’s ancestor, Ryunosuke Naruhodo, alongside the please-don’t-sue-us-named Herlock Sholmes. Both games combine for ten core cases of vintage Ace Attorney sleuthing and case-solving. This tremendous amount of content, in tandem with the surplus of ardent-fan-pleasing extra features, makes Great Ace Attorney Chronicles the clear GameCola Readers’ Choice Award of 2021. 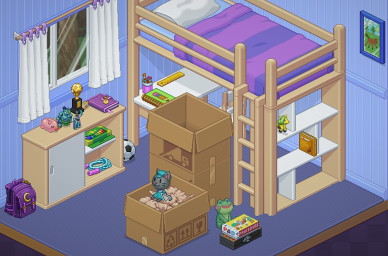 John Rizzi: Ever since Shovel Knight released in 2013, a lot of indie games have flooded digital stores trying to be the next big indie hit. Some have succeeded, sure, and I’m happy for them! Shovel Knight has sparked the imagination and inspired other great indie devs to go forward making their big-idea indie games. Although…the sheer amount of big-idea indie games has gotten a bit overwhelming and some would argue oversaturated. Enter Unpacking: The breath of fresh air the indie scene has, in my opinion, really needed.

This game is the definition of short and sweet. Taking a simple every day act of unpacking moving boxes and making a cute, relaxing, and heartfelt game out of it. Any Tetris player would feel like they’ve been training their whole lives for this game. Each level is bridged together by a brilliant narrative framing device in which the entire game is looking through a scrapbook. A simple idea that implies so much in terms of storytelling and world building. And thankfully the game doesn’t try to overstep itself by using this narrative device to prolong the game longer than it needs to. It’s cool to see this character grow up by seeing the amount of items they have increase as well. Every time I saw the same wooden model of the Eiffel Tower pulled out of the box, I smiled. Unpacking is a short and sweetly simple idea executed wonderfully to hit you right where you live. 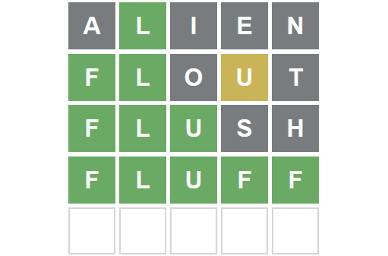 Joseph Martin: Words. You type ’em. You speak ’em. You read ’em. A simple concept. A simple premise. But you know what? The world needs simpler things these days. And nothing could hold a candle to the simple satisfaction of Wordle finding its way into our lives this past year. Intriguing us with those little squares from our Twitter friends and drawing us into a social experience day-by-day, Wordle gives us a solid core experience of using the process of elimination to satisfyingly zero in on a lexical target. Wordle shows us that there’s still room for small games to make a big impact, if you just figure out how to phrase it. 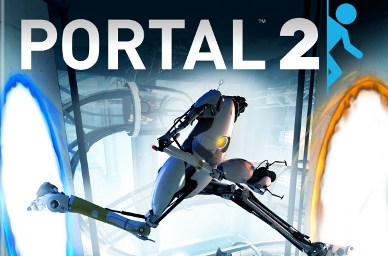 John Rizzi: In 2012…I didn’t play Portal 2. My family computer was from 2006 and had trouble running LEGO Indiana Jones. I got my first personal laptop a few years later. It was a Mac, so my options for games to play on it were…limited. One of the first games I got for it was Portal 1 & 2 thanks to a generous Steam sale. While I was late into high school at the time, I played both of those games late at night on my new laptop like I was an elementary school kid playing on his Game Boy underneath the bed covers.

Portal 1 was a nice and quick 3-hour romp, but Portal 2 is another beast entirely. A longer and more fascinating story mode, a new dystopian aesthetic, new brain-teasing puzzles and mechanics, a new co-op mode—and a dedicated online community. Story expansions, a new time-travel mechanic, or just new puzzles overall; after 10 years, the Portal community has released several mods and fan-made expansions that make Portal 2 thrive with a surplus of content.

Portal 2 was a great purchase back in the day for expanding on the first game’s revolutionary physics, intriguing characters, and world-building. But with all of the remarkable things the Portal community has done over the past ten years, Portal 2 is a more than worthwhile purchase for any price. And I can’t wait to play it again on Switch later this year.

Honorable Mention: To the Moon 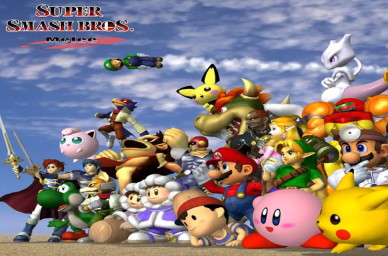 Joseph Martin: Gracing our GameCubes not-but 20 years ago, Super Smash Bros. Melee (aka SSBM) has achieved something few games dare to even dream of. Despite the overwhelming popularity of its sequels, SSBM has well maintained itself as a peak standard in the platform fighter genre. The technical depth and intense competition is still shaping fundamental ideas and mechanics in games that have been released in just the past few years.

Oh, and did I mention SSBM also is a great game to play alone, by yourself or with friends? Even if you neither know nor care about competitive techniques such as wave-dashing, getting your friends together to beat up Nintendo characters is a satisfying premise on its own. SSBM also includes several eccentric modes for solo play that serve to push the fundamentals of the genre to their strange yet satisfying limits. The lengths fans have gone to keep SSBM relevant in modern gaming are a testament to just how well it has achieved what it set out to do, and this title will continue to be foundational to an entire genre of gaming for years to come. 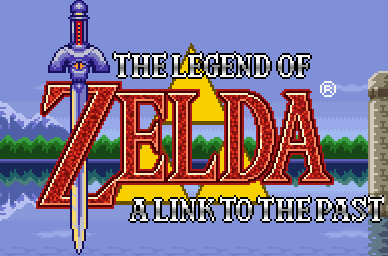 The Legend of Zelda: A Link to the Past

Alex Jedraszczak: It may surprise longtime readers to see me talking about A Link to the Past. I don’t have any attachment to Nintendo as a company, so for me, the first-party games are just tossed in with the rest and barely make it into any of my “Top Ten Games” lists.

In those early days of the Super Nintendo, it’s hard to find third-party games with anywhere close to the level of polish seen here. A master class in level design with clean graphics, a charming story, and a memorable soundtrack. A Link to the Past is a game that still stands up today, even against later competition on the same system. 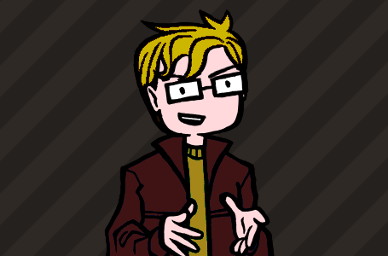 Alex Jedraszczak: Yes, once again, the Staff Member of the Year award goes to…wait a second. Martin Joseph, did you rig the votes?! No, it looks like people really did vote for Martin Joseph!

If you haven’t been following the ongoing story of the evil twin of GameCola’s Podcast Commander, he’s been a regular topic of discussion on the GameCola Discord (where he has his own emote), has made appearances on the GameCola YouTube channel, and has even taken over the podcast at least once.

He might not be the most productive staff member, but he’s certainly made an impact, and for that he’s been voted Staff Member of the Year for 2021. 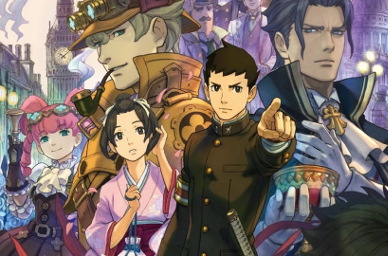 Diana Gray: I still remember the day The Great Ace Attorney was announced for localization. Rumors had been flying because of the leaked title at the Ace Attorney concert a bit before. I was in my final semester of law school, and I had my full day final round interview with Capcom’s legal department the very day it was announced. And although I didn’t get that job, we did get Great Ace Attorney, and I’ll take that with absolutely no complaints.

Let me be frank, and knowing me as well as you all do, you know I do not say this lightly: TGAA is up there with my favorite games of the series (1, 3, and Edgeworth 2). And I mean WAY up there. The game introduces fun new character after fun new character, your protagonists are likable and humorous, your rivals bring the heat in the courtroom, the soundtrack is absolutely incredible, and the game itself is remarkably challenging. I’ve been playing with my fiancé, fully voicing every character for our own amusement and working together to solve every case (and if you caught that, you’re right, we’re not quite done—being real lawyers makes it a bit harder to also be lawyers in our free time). Uncovering the secrets of London during this time has been fun not only because of the plot as written, but because it inspires us (the nerds we are) to do research about the time period and honestly, the game is remarkably accurate. So much love was put into the localization that it’s felt in every characters’ dialogue and every seemingly insignificant detail. The game is truly a love letter to this era of time in England and in Japan, to Sherlock Holmes, and to Ace Attorney, one that I’ve been thrilled to receive and pore over every word.

And although I may never know why Sholmes’s name turned out how it did (I asked if it was copyright and the legal team artfully dodged my question—I’m pretty sure it was copyright), I feel confident in saying this year, we got one of the best, most fun, and most unique entries in the Ace Attorney series.

And then join us for our awards livestream spectacular TONIGHT on our YouTube channel, The Letter G The Letter C The Word Dot The Word Net! Even if you’re reading this article long after it was published, you can still watch it TONIGHT!

This article was originally published in the May 2008 issue of GameCola, back when GameCola was published as a monthly online magazine, and it is best viewed in its original format. Please click here