Read on to find out what the top videogames of 2008 are, as decided by GameCola’s staff and readers.

Best Use of a License

The second part of an episodic series based on the Internet’s favorite videogame Web comic, (sorry,Ctrl+Alt+Del!) Penny Arcade Adventures: Episode 2 combines the battle system of a turn-based RPG, the puzzles of a point-and-click adventure game, and a robot that wants to have sex with fruit. The Penny Arcade authors are known for their critiques of videogames, but with this new series, they’ve shown that they have some idea how to make them, too.

In a year that saw Chrono Trigger, Dragon Quest IV, Quest for Glory, and Pajama Sam all receive modern makeovers, it’s hard to see how any blah blah blah. I’m tired of that sentence already. Way to go, Final Fantasy IV! I bet you get released again next year, too, since Square-Enix doesn’t know when to say “no.”

Technically, Sackboy isn’t just one character—it’s a species of character that populate the world of build-your-own-platformer LittleBigPlanet. But do you want to be the one to tell that adorable little guy that he can’t win a GameCola award? In the game you can dress him up, switch his gender, and even make him punch all the other little Sackboys in the face. He’s also probably the most marketable character in videogame history.

Just look at him, for crying out loud!

Most Deserving of a Sequel

The World Ends with You
(DS)

FYI, The World Ends With You was also one of the top contenders for “Most Awesomest Videogame Name” before that category was scrapped. TWEWY is an RPG set in the modern-day Shibuya shopping district of Tokyo. Besides the standard RPG fare—fighting things, etc.—this game introduces a concept totally foreign to most gamers: Fashion. Wearing fashionable clothes in this game powers your characters up, and wearing unfashionable clothes makes you a weakling. It’s the worst of middle school, and it’s in a DS cartridge. Videogame world: We demand a sequel.

Not only is this a multiplayer-simultaneous 2D platformer, but it came out in 2008, not in 1988. And that’s not even the innovative part! You also get to utilize an in-depth level-creation system to make your own LBP levels and then share them online with the world at large. Sure, game-creating games, like RPG Maker, already exist, but none of them offer the depth and intuitiveness of LittleBigPlanet, in addition to actually being a great game in its own right.

There’s not much to say about this game that Richo Rosai didn’t cover in his review last month. It’s not scary, it’s glitchy, it makes you mash buttons, its audio is broken, and it plays like the developers hadn’t even heard of Silent Hill before. What’s the point?

This is a new category for us. It’s one I’ve always wanted to have but was never able to, since there are only so many neat accessories released each year. 2008, however, saw heart-shaped guitar controllers, lightsabers, a…plastic wheel, and, most excitingly, the Rock Band Stage kit. You’ve probably never heard of it until now, but if you didn’t added it to your Amazon wish list right after watching the above video, you probably just don’t enjoy life very much. 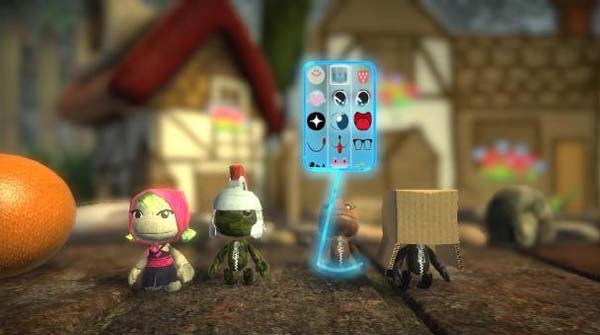 And here’s award number three for LittleBigPlanet. The game’s as solid a platformer as any of the old Super Mario Bros. titles, but with the added bonus of a four-player simultaneous mode, which is almost unheard of in the genre. Can you imagine playing Mario 3 with your best friend at the same time, without taking turns? You don’t have to, because we now have LittleBigPlanet. Plus, that level creation mode we talked about earlier? THAT’s multiplayer, too, meaning that you and a friend can collaborate in the creation process.

Fallout 3 brings the D&D-inspired gameplay of Oblivion to a nuclear-bomb-torn Washington D.C., complete with a broken Washington Monument and friendly, albeit completely horrifying, zombies. The series hails from the PC, so it makes sense that you might want to play this newest version on a computer, though the game’s also available for PS3 and Xbox 360. If it makes you want to play the game any more, check this out: There’s a power-up in the game that lets you punch people’s heads clean off.

Wait. Chrono Trigger is the Best Portable Game of 2008, but Final Fantasy IV is the best remake? Well, whatever! It’s the classic story of time travel and large sentient frogs, complete with the bonus cutscenes of the PS1 version but without the disgusting load times. And it has optional touch screen controls, meaning Square didn’t ruin this masterpiece by forcing you to drag Crono around with a stylus. Huzzah! 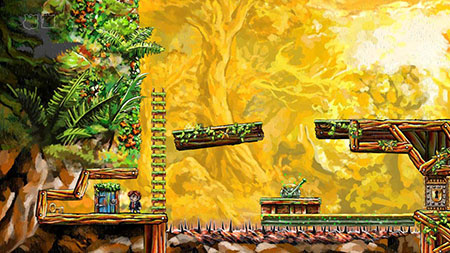 Speaking of time travel, Braid offers a different take on how time mechanics can be incorporated into videogames, allowing you to “rewind” the game’s action to avoid that upcoming death or solve that upcoming puzzle. It’s also very, very pretty.

Employee of the Year

2008 was a big year for Michael Gray. In the past 12 months, he’s written a variety of reviews as well as two monthly columns (“The Ten Reasons” and “Inside the Guide“), participated in our first-ever podcast, and made dozens of posts in our new blog. He won GameCola’s “Employee of the Month” award four times, and he had his DNA sent into outer space. He’s also worked to bring new readers to GameCola, and—although this isn’t strictly GC-related—he’s made over 100 walkthrough videos for Nancy Drew videogames. Nobody has done more for GameCola over the past 12 months than Michael Gray, making him the clear winner for this year’s Employee of the Year Award.

Guest Star of the Year

Who is this mysterious woman? There are two things we know about her:

The column she wrote with Michael was very well-received, and for that, the GC staff voted her as our Guest Star of the Year for 2008.

People sometimes say that GameCola is biased against PS3 games, but that’s hard to believe, seeing as we’ve now given five awards—not to mention our biggest honor!—to a PS3 game. Way to go, LittleBigPlanet! Even without the level creation system, you’re already a solid choice for Game of the Year, considering you’re one of the funnest side-scrollers ever made. But LBP’s main game, combined with a clever system for making brand-new levels? None of this year’s other releases even come close.

That’s all we’ve got for you, but that doesn’t mean there’s nothing more to be said. Are there any games you feel should have won awards, but didn’t? (Like, seriously, where the hell is Fable II?) Do you think Michael Gray is a piece of crap, and that the “Employee of the Year” award should’ve gone to Sprite Monkey? Are you upset that “Most Awesomest Videogame Name” isn’t a real category? If you are, or have any other thoughts on our 2008 awards, let us know in the comments field!

Fabricated News reports on the effect of current advertising trends on videogames.