Wait…what? You say there’s no such thing as Super Back to the Future? Golly, no wonder the game doesn’t resemble Back to the Future. I just thought it was because the game was missing a couple of parts. Like the part where it’s in English, for starters. 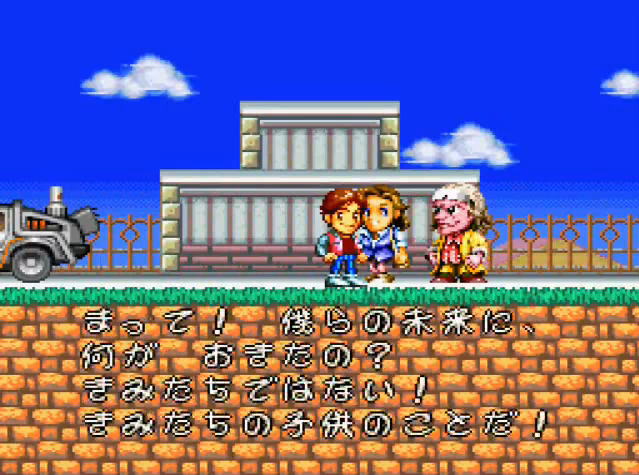 Yes, Super Back to the Future Part II is a game that was only released in Japan, a game that drives on the wrong side of the road and should really have its creative license suspended. I exaggerate—though it bears only a passing resemblance to Back to the Future Part II, the game is pretty entertaining. Or maybe it’s just Paul Franzen’s hysterical commentary that saves it.

Super Back to the Future Part II sends Marty McFly through stage after stage of obstacles, ranging from flying cars following dopey traffic patterns, bouncy Biffs, and sewer ninjas. With the untranslatable advice of Gremlin Doc Brown and Paul’s incredible aptitude for using savestates, Marty might actually make it through the game. Or, he might be blown to smithereens by exploding parachuting sugar cubes or deadly poo raining from the heavens. I swear I am not making this up. 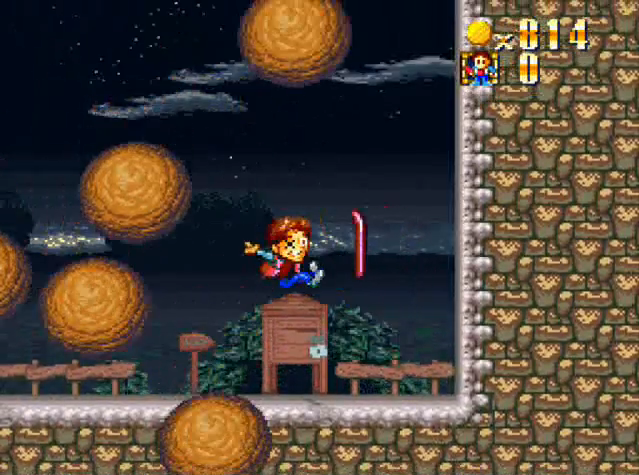 See for yourself just how many ridiculous creative liberties the designers took with this movie. Posted below are the first two videos; you can watch the full Super Back to the Future Part II playlist on the GameCola YouTube channel. Now, make like a tree and watch these videos!

The second in our series on handheld Castlevania games.