Zelda fans are long-suffering. In a world where semi-constant sequels have become the norm, they’ve been forced to go without any Zelda games for several long years on end, because quite clearly, Link’s Crossbow Gimmick doesn’t count.

Back in 2006, Nintendo said Wii Zelda and Wii Mario were both in development. Today, Super Mario Galaxy and Super Mario Galaxy 2 have been released. As for Wii Zelda? Not even a screenshot has been revealed. Methinks someone exaggerated a bit about Wii Zelda’s production.

“Fabricated News” has already given a full report of the long-awaited Wii Zelda and our suspicions that the game has not, in fact, been “almost ready” for the past four years. Well, the rumor mill for Wii Zelda has been moving recently, even if the game development team hasn’t, so we thought we’d address some of the rumors right here. 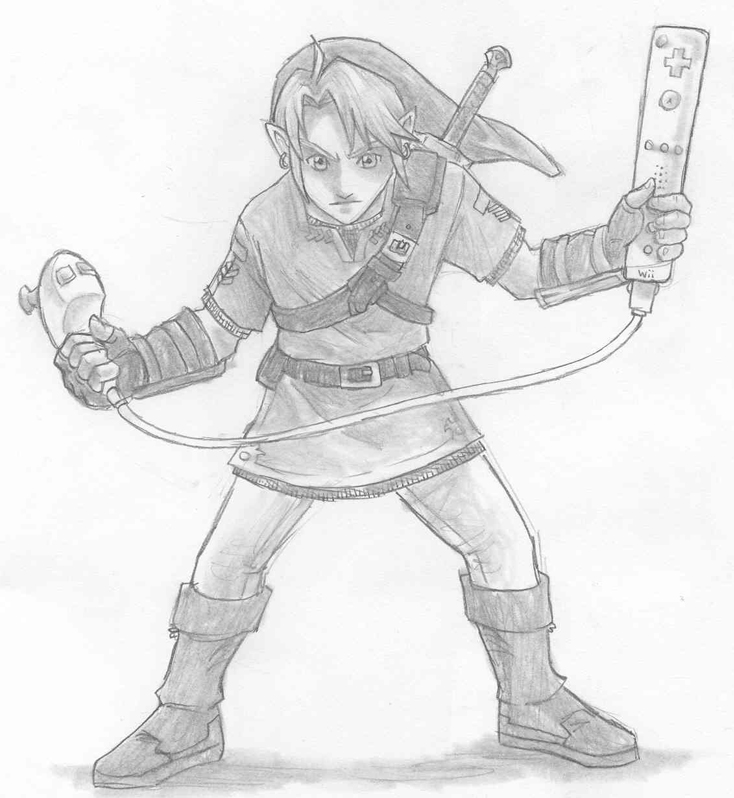 Rumor #1: Wii Zelda is going to be released next year, in 2009. No, sorry, my apologies. That is an old rumor that was proven false. What I meant to say was…

Rumor #2: Wii Zelda will be shown at E3 and released this year. OK, I grant you that New Super Mario Bros. Wii was released the year it was shown at E3, but if Nintendo’s history with Zelda and E3 has shown us anything, it’s that Nintendo always releases a Zelda game the year after a demo of it is shown at E3, because the demo only covers the first level of the game. That means, if we see the game at E3 2010, it will most likely come out in 2011, unless it gets delayed.

Now, it seems more likely that at E3 2010, we’ll see our first trailer/screenshots of the game, because we still haven’t seen any of those yet.  If that happens, the demo will probably come out in E3 2011, and the game itself will be later released in your sleep, because you’re totally dreaming if you expect to see this game come out during the Wii’s lifespan.

Rumor #3: Wii Zelda is going to be a sequel to Majora’s Mask. While it’s a quaint idea to think the Zelda series would make such a link to the past, Majora’s Mask came out in 2000. Will there be a sequel to it 10+ years later? I really doubt it. Apparently, that game has sort of a love/hate relationship with fans. Nintendo would probably want to make a sequel to a more universally popular Zelda game.

So, to sum up all that we know for sure about Wii Zelda…

We know that it’s going to be released for the Wii, and Zelda will most likely be involved. Also, Nintendo will probably pull a rip-off move and force everyone to buy a Wii MotionPlus in order to perform the delicate “swing the Wii-mote left and right” controls. But that’s about it. So don’t go believing any crazy rumors about the game just yet, folks!

Render: A little consistency would be nice. Or maybe stability is the word I’m looking for.