Welcome to “Inside the Guide,” the column that gives you a behind-the-scenes look at writing guides for videogames. When you look at the list of guides I’ve written, you might notice that half of the guides have been written for NES games. Why is that the case? Is it because I’m a huge NES fan?

No, it’s because NES games are shorter than most other games. Game length is sometimes a huge factor in deciding what guide to write. For example, I might really want to write a guide for Final Fantasy XV, but it takes longer to beat that game than it does to get a college degree. Writing a guide for that game would probably take over half a year of dedicated writing time, whereas I can start and finish a guide for a 30-minute NES game like Mickey Mousecapades within a week. It’s no wonder, then, that I write a lot of NES guides. 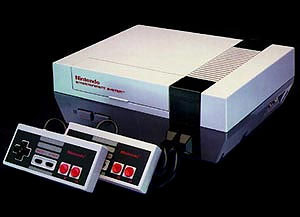 It was for this reason that I joined the NES completion project in 2004. The project was started by a group of GameFAQs guide writers intent on writing a guide for every NES game ever made. When I heard about this, I decided to do my part, and I signed up to do three guides, randomly picking one from the B-section and two from the F-section, in order to spell out BFF.

I didn’t even know they had board game-based videogames back in the 1980s, except for Checkers, of course. When I saw that there was a Japan-only version of backgammon, I knew that I could easily write a guide for it, by copy/pasting the backgammon section from my guide for Ultimate Brain Games, and that’s exactly what I did.

I wrote a guide for Frankenstein two years previously, thinking that it would be a pretty good game. After all, the opening cutscene is cool. As I recall, it ended up being a not-so-fun game where you have to kill a slew of enemies with a health meter of something like “two.” I managed to get through the game with the help of save states, but I didn’t enjoy it.

I asked around for a bit, trying to find someone who knew how to fix the GameFAQs game listings. I was unsuccessful, but eventually the GameFAQs listings were fixed anyway. Hooray!

3. Final Fantasy I and II

I repeat, a Final Fantasy game with no guides written for it at all, ten years after its release. That’s quite a shock.

I quickly wrote a guide for Final Fantasy I, which pretty much just told you how to get from one dungeon to the next, in the order you’re supposed to go to them. Most Final Fantasy guides have humongous sections listing the stats of every enemy/item/spell in the game, but I left that out because it’d take forever to research it, and besides, I’ve never found them useful anyway. Who cares if the Imp enemy has an INT stat of 15?

I submitted my guide as an in-depth FAQ for Final Fantasy I and II, because it only covered the first game of the compilation. Sadly, GameFAQs rejected my submission, by means of a super-impersonal notification which looked like this: “Status: Rejected.” Naturally, I would have modified my guide to meet GameFAQs standards, but I didn’t know what changes I had to make. So I gave up work on that guide and the NES Completion Project after that.

And that’s all the work I did for the NES Completion Project, if you don’t count Boku Dracula-Kun, which I already wrote an “Inside the Guide” column about. There are still 203 NES games that need guides written for them, so maybe I’ll do another guide for them someday.

Welcome back to the monthly gathering of words that makes even the grumpiest of people burst into sheer bliss! That's right—the Psychic Thumbs are back with even more in-depth coverage of the games ...