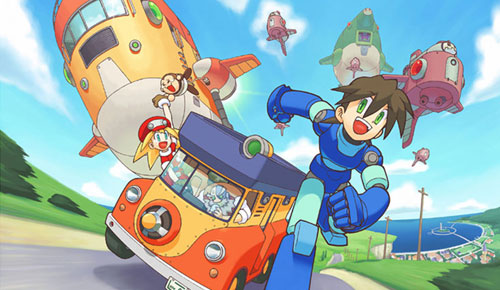 That’s right, YOU! Last weekend at Fake Comic Con, Keiji Inafune hosted a panel about Capcom’s upcoming DS game Mega Man Legends 3. He also announced that Capcom is crowdsourcing some of the game’s development, allowing Nathaniel Hoover fans of the Blue Bomber to submit ideas for bosses, characters, and gameplay. Anyone who wants will be able to submit their ideas for Mega Man Legends 3, and they’ll be able to do so here.

Five minutes after starting the promotion, he announced that the first level was already complete, and that it stars Penis Man shooting penises at penis monsters in order to defeat the final boss, also named Penis Man. Thanks a lot, Internet.

For more details, Nathaniel Hoover you can check out a video of the penis announcement here:

Do you like to run, but hate physical exercise? Then Super Mario Run might be the perfect game for you! But watch yourself...this game has a nasty little catch attached to it...