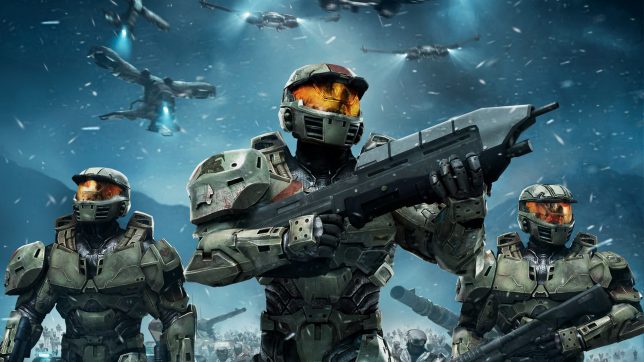 Halo Wars is a game I tend to talk about every now and then. I mentioned it briefly on my latest Halo retrospective, but more importantly, I did a whole article talking about my previous experiences with the first (and for a long time, the only) game of the series, and how these finally convinced me to stop playing this game for good.

At least that’s what I thought. I had a change of mind a year later when—back when I was a teacher—I had a talk with a student about the strategies he employed on the game (it turned out, the infantry was good for something!). So I got back into the game many years after I stopped playing it, and it surprised me how easily I got into it again.

Now I didn’t quite jump into the multiplayer fray once again, but I learned to enjoy the game for what it was; I found out that for every bit of criticism I had for the game, there was also a thing or two that ultimately had an impact on me.

So, in a twist, I’m going to retract what I said back in 2012, and I’m going to offer an updated take for this game, and my thoughts on this series as of today.

First, let me address the two major issues that I—and almost all critics—had with this game:

1. The graphics on this game aren’t detailed enough.

Of course graphics alone are not that important to determine whether a game is good or not, but the issue I have with the graphics in Halo Wars is that, while the units in the game are OK, and they are clearly distinguishable between each other, it just wasn’t enough for me. This is Halo, and we’re used to seeing the battle up close and personal, so seeing a bunch of little colorful units moving and firing each other just doesn’t feel the same. 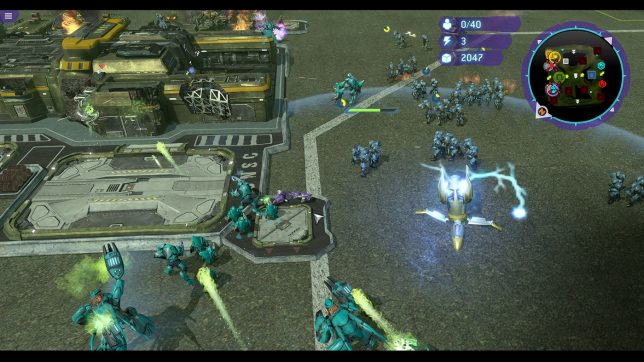 The current stage of technology wasn’t to blame here either—as stated in my previous article, I got to play Tom Clancy’s EndWar, which was released a full year before Halo Wars, but it looks better in every conceivable way. 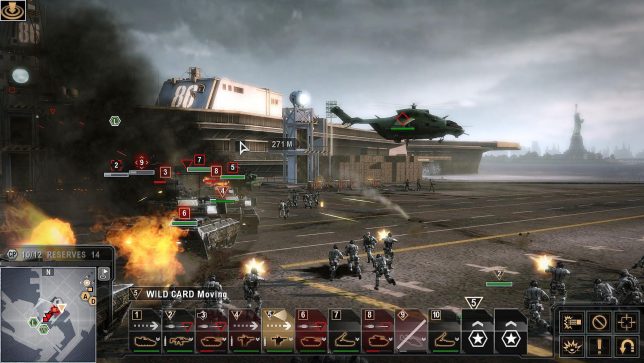 In EndWar you don’t quite have a top-view perspective as seen in most titles in this genre, you actually have to order your units to display their camera and then you get a third-person perspective of the units on the ground, and you can see them move and fight in a more-or-less believable way.

I played this game and I immediately  wished Halo Wars looked this good. I wish I could see the UNSC marines and vehicles moving and interacting with the environment on the same scale…I have no doubt that it would have been a lot better.

This criticism goes hand in hand with the other major complaint about Halo Wars:

2. The game is too simplistic.

Now, there are plenty of reasons for this one, but the main one is that the game came from Ensemble Studios—creators of legendary titles such as the Age of Empire and Age of Mythology series (I used to be really hooked up to the later)—so even though I would have liked something on a larger scale, why should I or anyone else expect anything different? Halo Wars plays and feels a lot like those previous series, except for the obvious commitments made to make the title more accessible for game consoles. 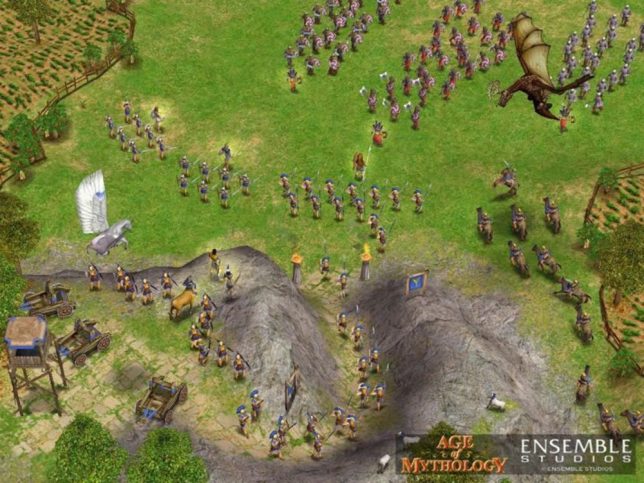 I mean, Age of Mythology looked like this…and I loved it!

And this is a watershed moment for me: Chances are you’ve never played or even heard of EndWar, while the Halo Wars series is still played and talked about these days. On one hand, I still consider it an injustice that EndWar didn’t get the attention it deserved, but on the other hand there must be a good reason why Halo Wars managed to survive time (besides being a part of the Halo series, I mean the Tom Clancy franchise is not exactly unknown), and accessibility must be a big factor. I had stopped playing Halo Wars for months, but any time I got back to it, my hands remembered the controller. Every button and every shortcut instinctively comes back to me.

3. Let’s talk about the thing this game got absolutely right.

We can have books and stories scattered all over (and this series has a bunch of those) but nothing compares to actually playing a game. In this case, Halo Wars successfully expanded itself into the Halo universe; this game effectively gave us a good taste of the battles that started the Human-Covenant war that (according to the lore) would set in motion the events of the main series.

In this regard, Halo Wars did an outstanding job with its animated sequences. That’s usually the least interesting part of any game, right? The part when you aren’t actually playing the game—but in this case, the animation is on par with any major animated film, and their existence make this game worth being played at least once.

Seriously, if you are in any way interested in the Halo series, these prerendered cinematics alone are worth your time. Blur Studio was the studio behind them (which would later be in charge of the equally gorgeous cinematics in Halo 2: Anniversary, and Halo Wars 2), and they not only created something visually great in accordance with the game’s plot, they also created something magnificent based on the source material. I’d dare to say they went even further than that: The characters are portrayed in a very believable way, the Elites look more menacing and more intimidating than ever, and the action…man…it’s on par with any animated action film out there.

This game is to blame for me dreaming to someday be able to play a game where you can actually play a Spartan to its fullest combat capabilities like in this “Monsters” cutscene.

4. Let’s not forget about the main focus of this blog: Vehicles!!!

At last, but not least, Halo Wars is the game we have to thank for introducing a great deal of new vehicles into the series. As I’ve stated over and over, the vehicles are my top favorite thing about this series, and the main thing that has me collecting these Mega Bloks (or Mega Construx sets) sets!

For today’s gallery, we have one of those vehicles: The UNSC Wolverine is a anti-aerial terrestrial unit, which was designed to look like a larger and heavier version of the iconic Warthog, including a half-track that supports the probably super heavy Multiple Launch Rocket System on its back.

There are a bunch of new amazing vehicles that have appeared in Halo Wars, and I’ve been dreaming about being able to drive these in the main Halo series.

As a matter of fact, I felt angry when I got to drive the Rocket Warthog (basically, the common Warthog but with a missile launcher on its back) on Halo Reach—my immediate thought was that it could have been an awesome section driving a Wolverine instead! 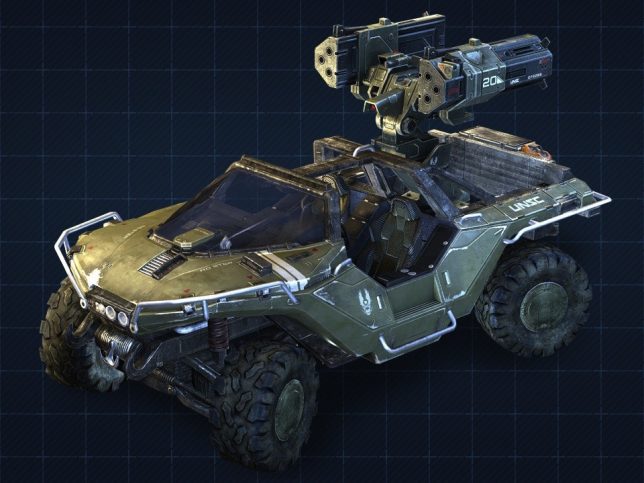 The UNSC M12R Rocket Warthog, seen here being not as awesome as the Wolverine.

The issue is that vehicles like the Wolverine, or the Cobra (or the Kodiak, or the Vulture, or…I could go on and on!), are probably too big and heavy, so adding these into a mission or into the multiplayer fray would require a lot of commitments from a franchise that favors more on-foot exploration than vehicular combat.

I mean…hell, not many had fun driving the super heavy Elephant in Halo 3.

I’m still going to keep wishing for a chance to meet one of these vehicles in a first-person battlefield in the main Halo series. In the meantime, the fact that Halo Wars was the game to introduce these vehicles won’t be lost on me, and that has to be a good reason for me to at least recognize some of its achievements.

Both in this and my previous article, I have omitted talking about Halo Wars 2…worry not, I’ll get into that soon enough.

Whatever your origin, your story is just one of many...