Back in the early ’90s, now-defunct adventure game superstar Sierra experimented with bringing Japanese PC titles to US shores. Among these releases were such classics as Zeliard and…uh…OK, the only I one I have any recollection of is Zeliard, and the beardedness of the main character in the American boxart prevented me from ever realizing it was a Japanese game until just now.

It turns out that Sierra also brought over a similar game called Sorcerian, developed by Nihon Falcom of Ys fame. Upon learning this, I decided to hunt down a copy—I like Falcom games, I like old games, and I like games that no one has ever heard of. What could go wrong? 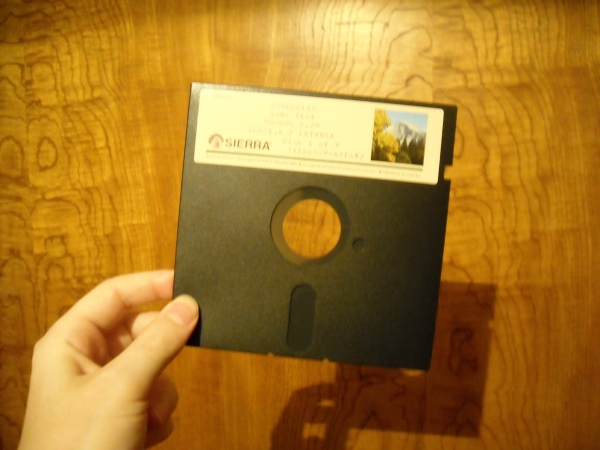 The first thing that could go wrong.

Oh…they meant that kind of floppy. Well, no problem; the abandonware sites probably have the game, and the boxed copy I picked up on Ebay wasn’t a total loss since it came with this nice manual— 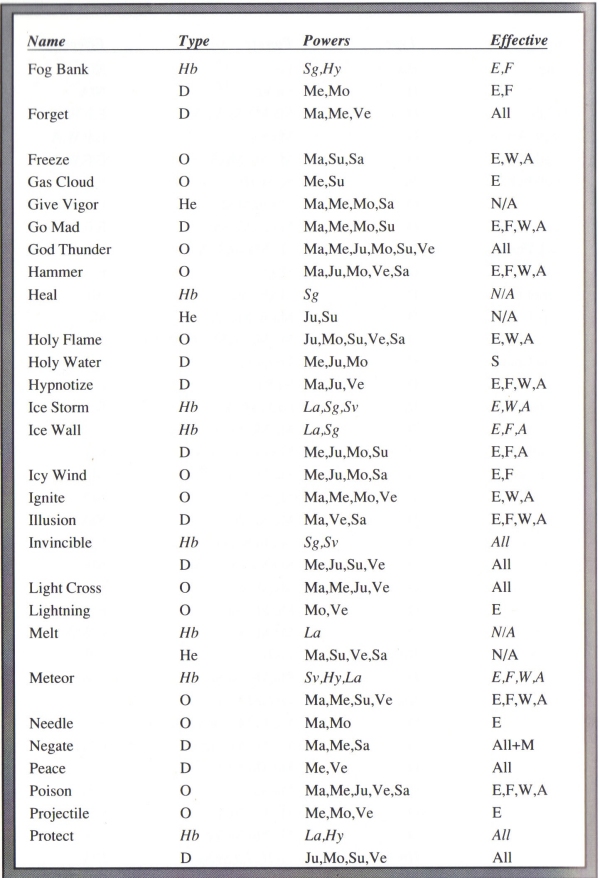 What…what is this? Some sort of periodic table of the dark arts? My plans to attend Hogwarts were dashed when the Federal Student Aid organization declared it “not a real school”, so I might be getting in over my head here. The thick, meaty manual is really half the Sorcerian experience, since it contains a dedicated chapter for each of the 15 episodic “scenarios” that make up the game, complete with introductory backstory, bestiary, and item lists. Oh, yes, and pages and pages of incomprehensible reference charts.

But Sorcerian looks a lot more complicated on the surface than it really is. If you’ve ever played a sidescrolling action-RPG—think Zelda II or the later Castlevania games—you’ll quickly figure out the basics. You will then just as quickly become frustrated when you realize that the basics are mired in stiff movement, jerky scrolling, and hit detection that is governed by omens and spirits rather than mathematical programming. It’s a sad state of affairs, because there are some amazing ideas at the core of the game. 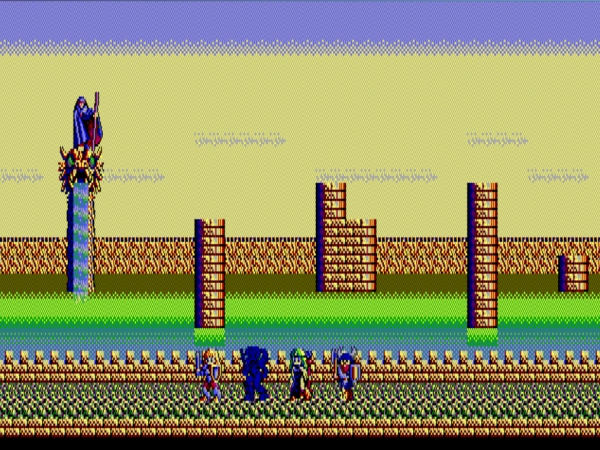 It might not be the prettiest game ever, but the the music is quite catchy…when the tempo isn’t lurching back and forth due to slowdown.

In particular, Sorcerian distinguishes itself by being a party-based sidescrolling action RPG. You’re probably asking, “How does that even work?” and I’m going to stick with, “I have no idea” as my answer even after playing through the whole game. You start by forming a party from four different classes: Fighter, Wizard, Elf, and Dwarf (because all Dwarves and Elves are the same class, in typical racist RPG fashion). You then select one of the fifteen scenarios to play, and immediately burst out laughing at the way your four characters run along in a line, jumping in sequence and attacking in unison. Backtracktastic fetch quests ensue, loot is found, and levels are upped like any standard RPG.

Unfortunately (and this will be a repeated pattern with all of Sorcerian’s good ideas), the game doesn’t really do much with the party-based concept. Some Lost Vikings-esque puzzles which make use of the unique abilities of each class would greatly improve the experience, but that would require that the classes have unique abilities to begin with: the only real differences between classes are their equipment limitations and starting stats. I guess you could call the doors which must be forced open by a high-strength character “class-based puzzles”, but that would be like elevating “man” to a class and the opening of pickle jars to “puzzle”, and that’s just insulting to all parties involved. 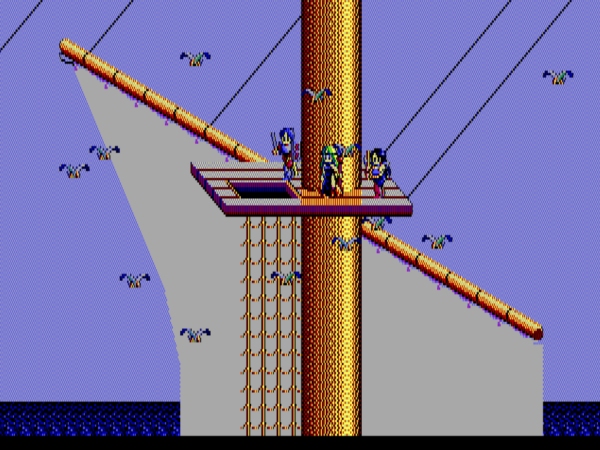 Combat in Sorcerian consists of simultaneously holding the jump, attack, and magic buttons as flocks of barely-animated sprites teleport around the screen like quantum particles.

The main difference between classes is the rate at which they age, and this is probably Sorcerian‘s most interesting feature. A year passes each time you start a scenario, and time can be manually passed in town while your characters train or enchant items. Fighters and Wizards become “old” at 60, Dwarves at 100, and Elves at 200. In a design move specifically made to send power gamers howling into the night, your elderly characters stand a chance of randomly and permanently dying every year.

It’s a fascinating idea: imagine entering the final dungeon with a party composed of the descendants of your original human heroes, fighting alongside the aging dwarves and still youthful elves who knew their forefathers. Or, though not as dignified, at least imagine your still-youthful elves being forced to drive their elderly human comrades to the bank to cash their Social Security checks. 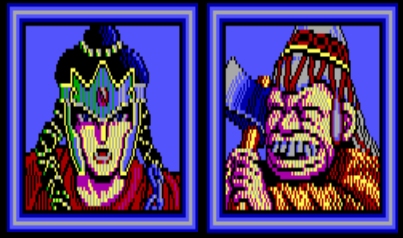 Dwarven women do not age well.

But again, Sorcerian drops the ball. The game hands out overpowered equipment far too fast, meaning you’ll rarely need to spend extra years training to boost your stats. Nor is there much reason to tinker with the enchantment system, which is surpassed in its capacity to bewilder only by Legend of Mana’s forging system (now a degree program at most major universities). Trust me, you’re better off sticking with the default spells imbued in your equipment rather than sacrificing years of your adventurers’ lives only to see that Blazing Fireball Death Sword turn into a Blade of Mildly Annoy Small Rodents.

No, it’s best to just charge straight through the the fifteen scenarios, and by the time you’ve beaten them you’ll likely find that only 20 years or so have passed—and with a default starting age of 16 for characters, the age mechanic is rendered nearly pointless. I suppose you can jam on the “Advance Time” option anyway to watch your characters crumble and fade away, since it’s the closest thing to an ending you’ll get.

Not even a Phoenix Down could have saved him.

It all makes a little more sense when one considers the Japanese version of the game, which was supplemented by additional scenario packs. These never made it to Western shores, but unless they included some radical new elements to shake up the gameplay or a patch to make the hit detection acknowledge that we live in a universe founded upon reason and order, we probably didn’t miss much.

Still, I like the idea of an expandable episodic action RPG, of party-based adventuring, of aging heroes…I just don’t like the way it all turned out in this particular instance. As such, I can’t really recommend Sorcerian as a game, but for those looking to dig through a Graveyard of Ideas That Died Too Soon, it might be worth breaking out the old 5¼ floppy drive.

A video review brought to you by Jeff Nemeth!