From the developers of Excruciating Guitar Voyage on Xbox Live Indie Games service and Windows PC comes this delightful little gem and 2009 Tigsource Assemblee competition entry, DEBT. Instead of taking things slowly in DEBT, you are constantly rushing against the clock. Elements of the game, such as the sweet-looking graphics or the calming soundtrack, very much juxtapose the nature of the gameplay, which makes the game feel fresh.

You play as Owen Sterling, a man who has racked up quite a large debt. Get it? “Owing Sterling.”

Owen has mere minutes to pay his debt off; otherwise, he’ll be charged insane interest and will probably end up in even more debt. Luckily for him, he has a spaceship that can send him to one of three interesting pixelated planets, where he can gather expensive crap in an attempt to pay his debt off. 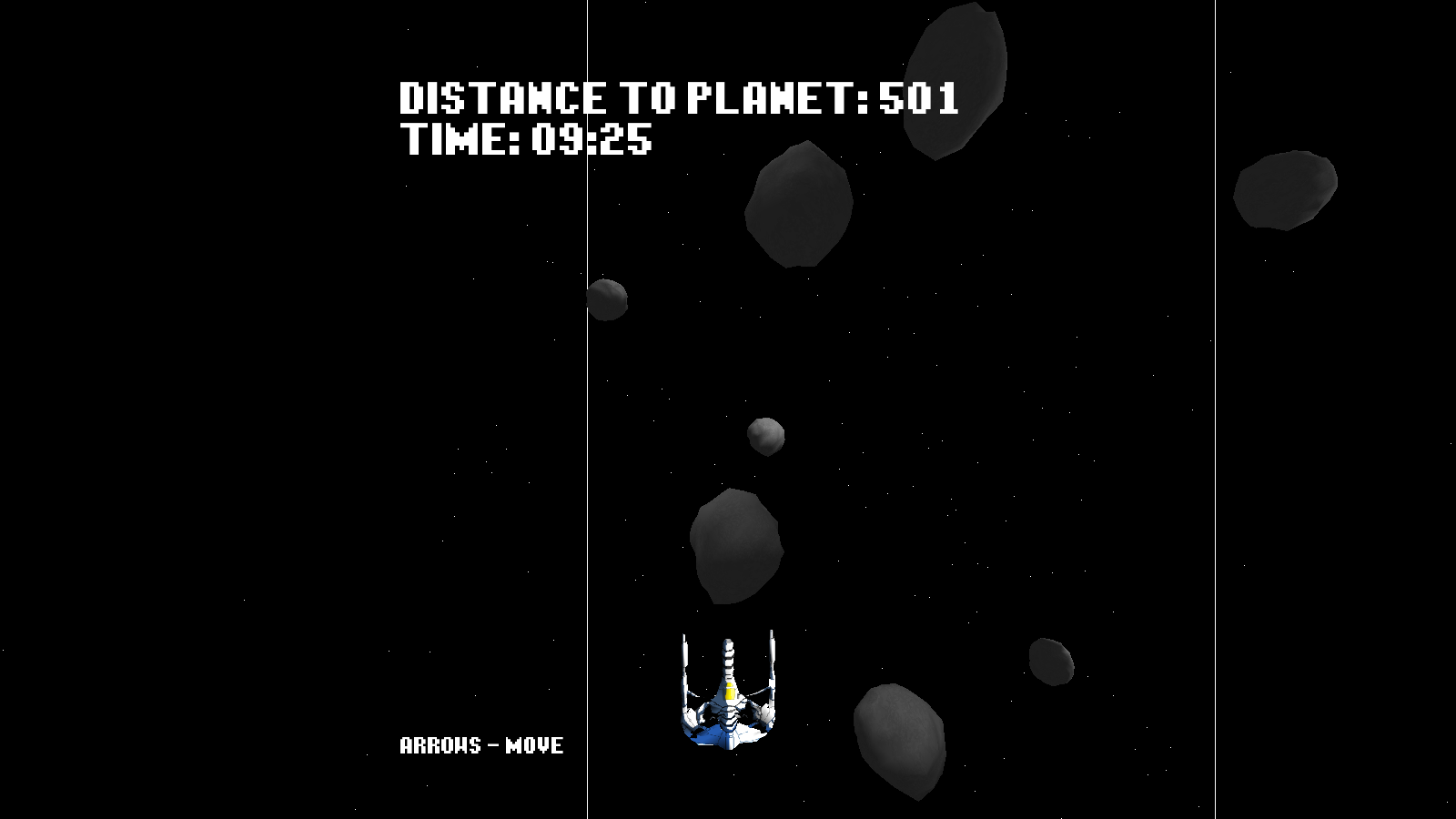 The game takes form as a top-down space-based game, at the beginning, minus the shooting. You have to guide the spaceship to the left or right whilst avoiding asteroids that come floating toward you. When you hit an asteroid, it makes Owen’s ship fly slower, so it’s best avoided if possible. It seems that all asteroids in the infinite reaches of space move in the same direction, and that any planet Owen Sterling needs to travel to is always directly above the last one.

Anyway, gameplay elements that break the fundamentals of science are not the issue. 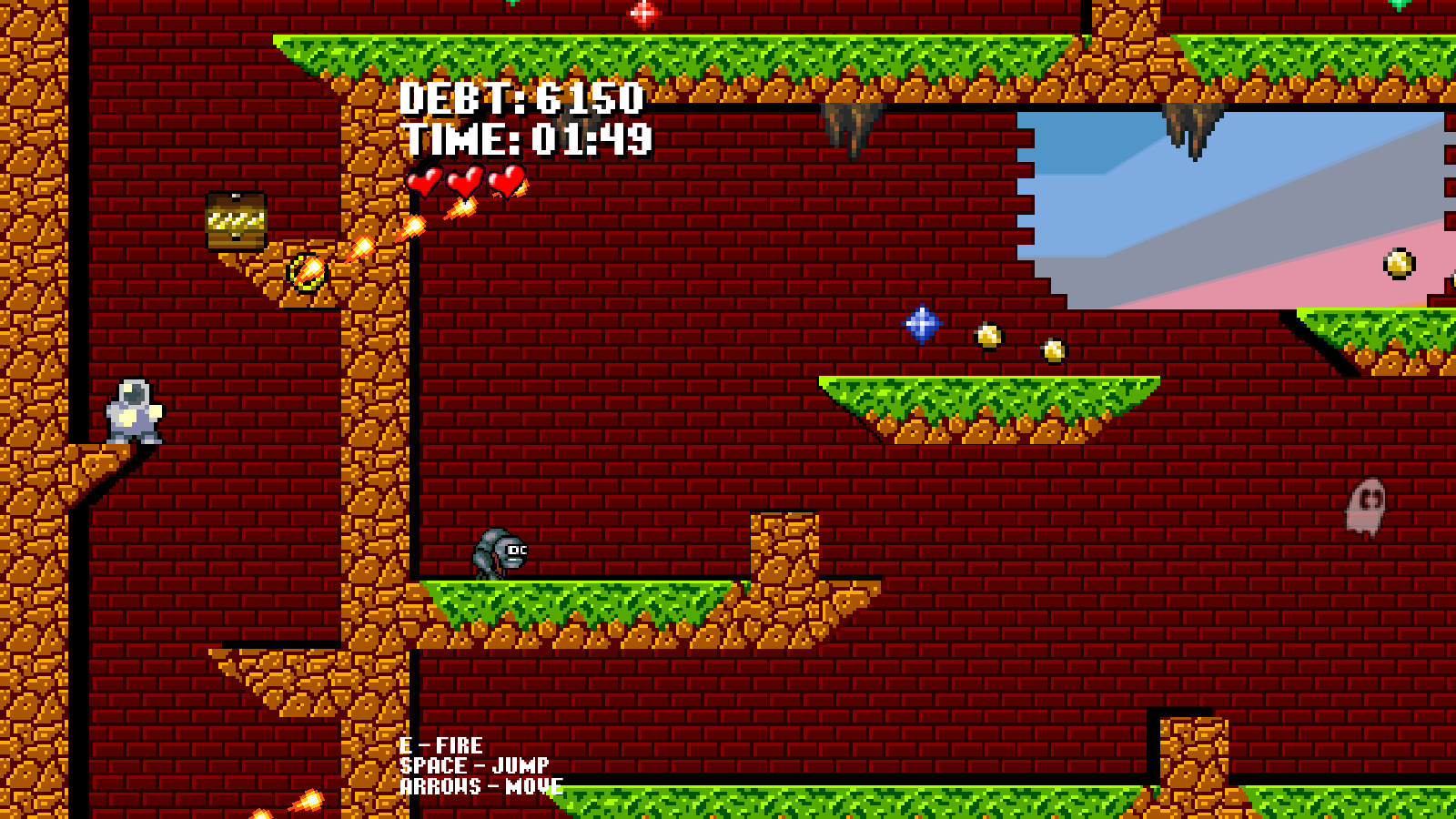 Once Owen lands on a planet, you must guide him across the terrain, looking for valuable jewels, and helping him solve puzzles which may lead to more valuable jewels. All the while, you have to keep an eye on your timer, because when it runs down, you will be charged interest.

There are special items that augment your abilities, keys required for opening doors, and various mechanisms which result in producing tricky puzzles. One such puzzle, for example, blocks re-entry to the planet after you have died, so you learn that on your next play-through you mustn’t let that happen. 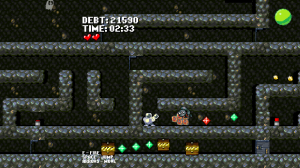 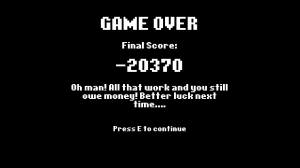 You’re going to have a massive negative score on your first twenty runs, but who cares? It’s a charming little game where you’re slowly learning the level layouts on each play-through and working out the fastest and easiest ways to get to the big-scoring treasure.

I would love to see this concept worked upon further. We could all do with a bit more Owen in our lives.

The best thing about DEBT is that it is absolutely free, so you won’t be Owen nobody nuthin’. It is definitely worth collecting if you’re one of those people who stockpile free indie games with a good amount of value. You can watch the official trailer below…although, it would be just as quick to download the game already. It’s free, man. C’mon. Do it.

A great game for people who only have two minutes to play each day.