Early last week, GameCola reported on some new changes that Microsoft made to the Xbox 360 dashboard, in an effort to accommodate Kinect users, and slowly shift the balance of power over from actual gamers to casual gamers. THE END IS OF GAMING NIGH! In addition to enabling support for the Kinect, the new dashboard update made everything brighter, friendlier, and cleaner; allowed for easier access to ESPN (which I’m pretty sure you don’t need an Xbox to watch); and, most importantly, it moved where you can find Xbox Live Indie Games on the 360.

Since this is a column about Xbox Live Indie Games, and since I’m in a cheery mode after playing one of the games I’ll be talking about today, I thought I’d show you where you can now find Xbox Live Indie games. Here’s where Microsoft moved them: 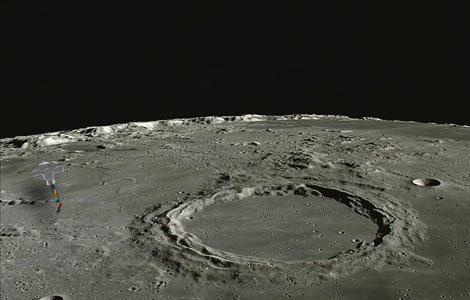 THAT’S RIGHT. TO THE MOON. TO THE GODDAMN MOON. Or at least they might as well have; Microsoft has exiled them to the “Specialty Shops” section of the dashboard, where you can also purchase useless hats for your Avatar, and basically nothing else.

Remember when indie games used to be considered games, too?

Hello everyone, and welcome to “Minus the Pudding,” where we review all the latest and greatest Specialty Shops for Xbox. Nice hat. 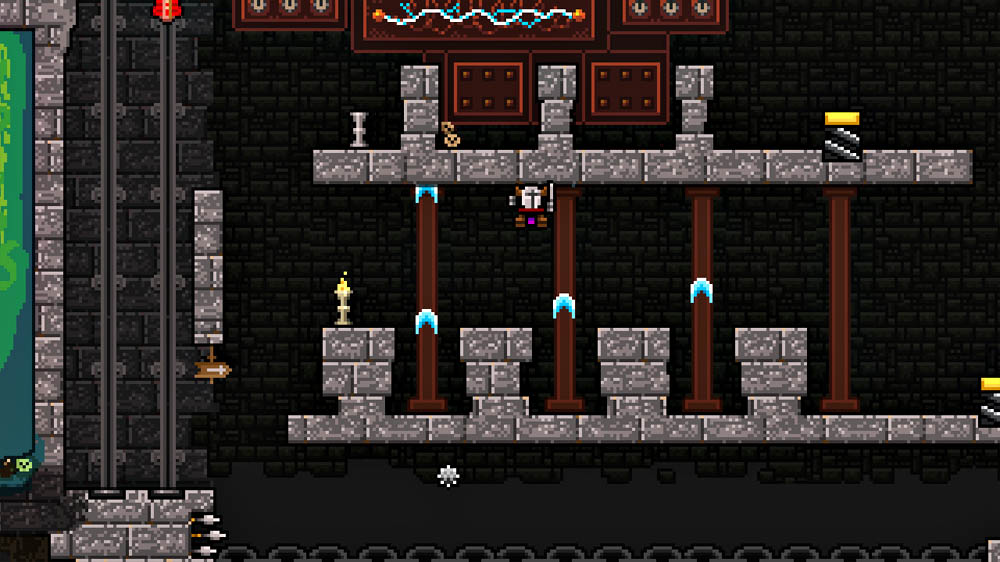 Wouldn’t it have been cooler if the “Pain” part of the name was capitalized, instead of “Platformance”? Maybe that’s just me.

Anyway, videogames. PLATFORMANCE is a game about dying, kind of like Super Meat Boy, in that you basically just die and die and die over and over again until you’ve died your way through the entire game. Also like Super Meat Boy, there’s not much in the way of punishment for dying, which, for me, is great, because I don’t usually play videogames to be punished. If you die, you just go back <30 seconds to the last checkpoint, and you don’t feel like you’ve wasted your entire life repeating parts of the game over and over again.

But what is the game? It’s a side- and vertical-scroller, where you’re a squat knight with devil horns, jumping and dodging around Castle PAIN (see how much cooler that looks?) in order free the princess, who is located in the most inconvenient place possible, since there’s all these ghosts and fireballs and spikes in the way. You have a sword, but you can’t actually use it—or, if you can, I played the game completely wrong.

Oh, and the entire game is one gigantic map. By default, you’re zoomed in to the part of the map you’re on, but if you zoom out, you can see the whole world, and you can see how much more you still have to go through before you can save the princess. The game’s very cleverly designed, and very professional looking and feeling—if this were only the first of several levels, it could easily be a full XBLA game. As-is, it only took me fifteen minutes to beat on Easy Mode, but it was a great 15 minutes. It’s the kind of game you’d want to speedrun, or try to play the entire thing on Hard Mode without dying, if you’re a crazy person.

In all, it was worth every dollar, which is great, because it only cost one.

And speaking of crazy people… 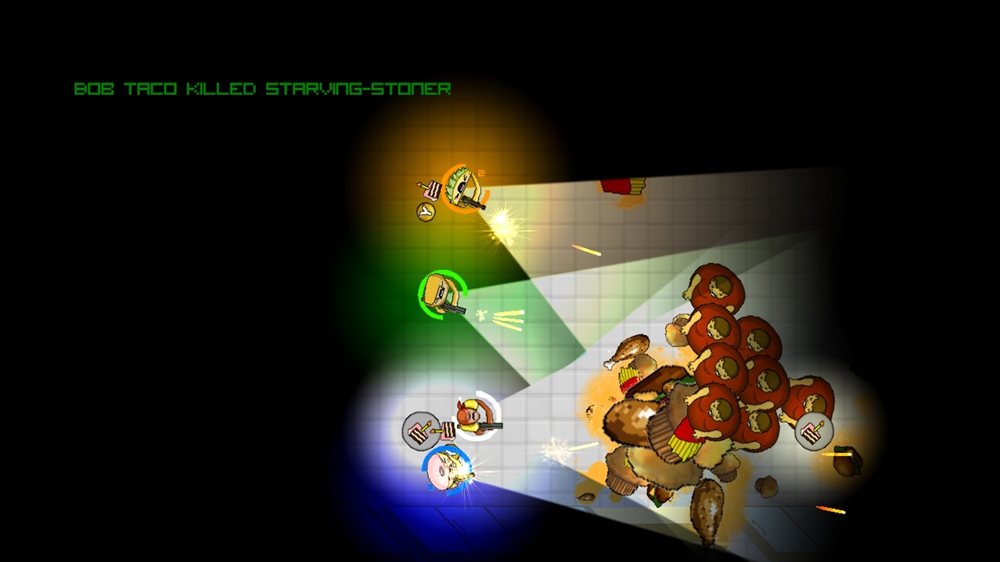 It’s another one of those I MAED A GAM3 W1TH Z0MB1ES 1N IT games (is that an official genre yet?), but instead of killing zombies, you’re killing a different kind of horrible monster: Fat people.

No, really! This is a game about killing fatties! I’M SERIOUS! You play as anthropomorphic junk food, with guns, and…where are you going?! Don’t you want to kill all the fat people?! One of the characters is a hot dog! The fat people explode into cupcakes and chicken legs when you kill them! I’M SERIOUS!! I think there’s even a story to it. Something like, fat people have taken over the world, and you and your three friends are the four remaining junk foods left on Earth, and there’s this enormous horde of fat people stampeding over everything in order to get to you, and you have to kill them with rocket launchers.

I’M SERIOUS, DAMMIT! This is a thing!

The one downside is that Obesity Epidemic doesn’t have a catchy theme song playing in the background, like I MAED A GAM3 W1TH Z0MB1ES 1N IT does. In fact, it has a completely horrible techno tune playing at you, which makes the game kind of unplayable if you have a sense of hearing. I’m not really sure what the point of that was. Maybe the designer is a fat person himself, and he’s trying to punish us for wanting to play a game in which you torment fat people? Or, wait, maybe he’s trying to get players to associate “tormenting fat people” with “horrible ear pain” so they don’t do it anymore…hmm…

And speaking of your sense of hearing… 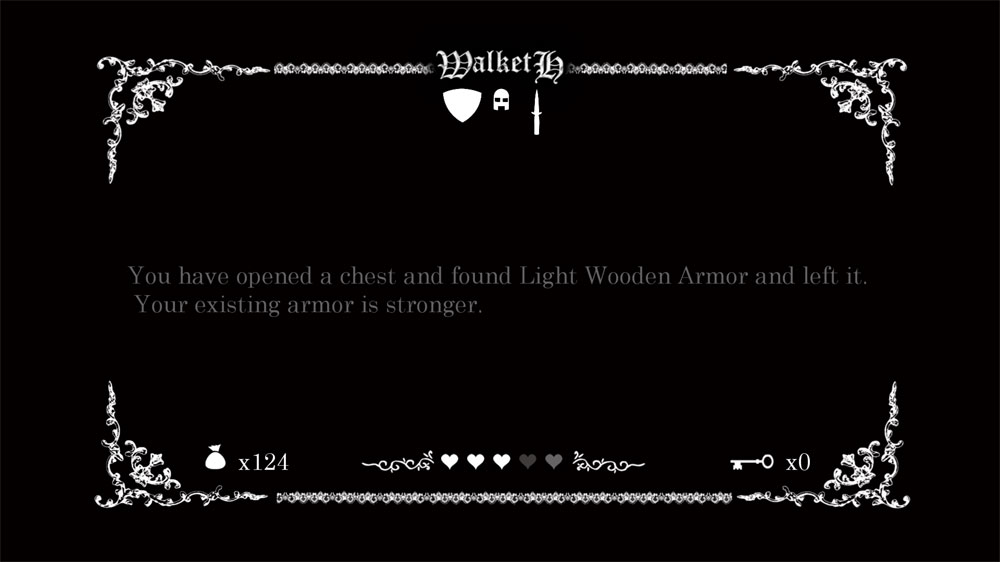 This is a game that relies entirely on your sense of hearing! Holy crap! I’m never going to have a transition like that ever again! It reminds me a little of In the Pit, except that, in this game, the screen isn’t entirely black. You still can’t see where you are or what you’re doing, but sometimes text pops up telling you what’s going on.

Anyway, you’re wandering around a completely black dungeon, trying to find your way around by using your sense of hearing alone. Basically, you move in a direction, and if your controller vibrates, you’ve hit a wall, and you need to move in another direction. If a sound effect plays (like, the sound of your feet walking), then you’ve moved. Also, you’re probably being eaten by a slime, so quick! Press your one action button to hit it!

For me, Walketh pretty much amounted to me mashing the move buttons and spamming the action button until the trial timer ran out, but maybe you’ll have more luck.

And speaking of slime… 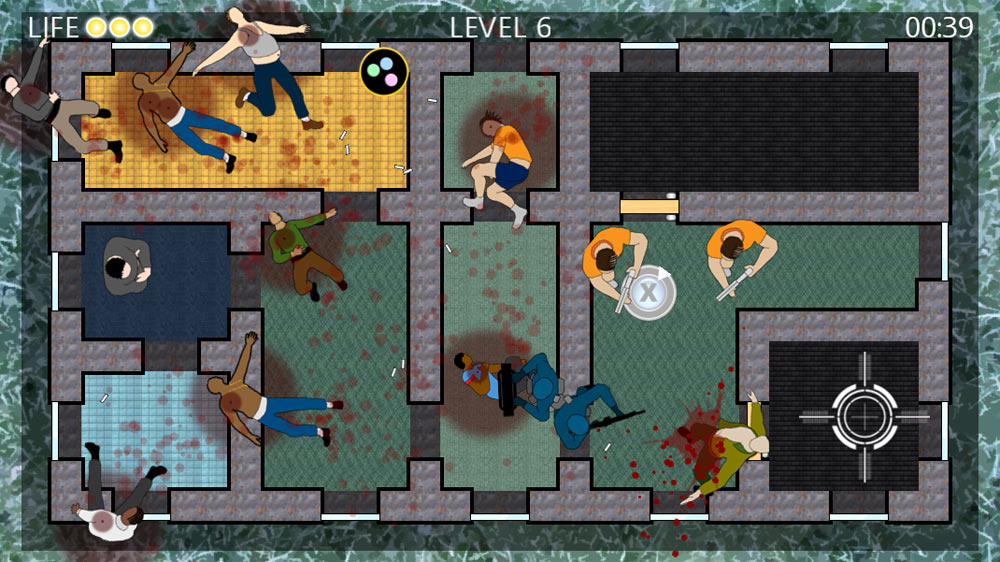 Remember NARC? That old NES game where you wander around shooting explosions at people because they do drugs? That’s sort of the idea here. I mean, the gameplay’s completely different, but the sensibility is exactly the same: You’re a police officer, and your job is to break down people’s doors, and shoot them in the chest with your assault rifle if you suspect them of ever having done a drug, I guess perhaps because Garfield and Alf told you to.

The gameplay’s actually kinda neat, which is surprising, because this game is made by Silver Dollar Games. It’s basically a turn-based murder sim. You burst into someone’s house (shouting things like “we have you surrounded” and, this is true, “you will be shot“), and then there’s a button prompt, telling you what button you have to push in order to take someone down. If you don’t push it in time, or if you push the wrong button, the drug user gets a turn; and if you lose all your heath before your raid is finished, you lose, I guess. That never happened to me, because I know which buttons are which.

There’s also some people you aren’t supposed to kill, too, which is weird, because I figured the developers would want us to just to kill everyone, to make sure drugs are gone forever. Drug users are referred to in this game as, I’m not kidding, “hostiles,” and anyone who isn’t a “hostile,” you’re supposed to leave alone. Also, you can set up snipers in the house to take people out more efficiently, because THEY DID DRUGS AND THEY MUST BE KILLED IMMEDIATELY.

Honestly, there’s probably an actual story to this game that I just skipped over, or maybe it’s supposed to be some weird parody of the War on Drugs, or something; but it’s funnier my way.

And speaking of funny… 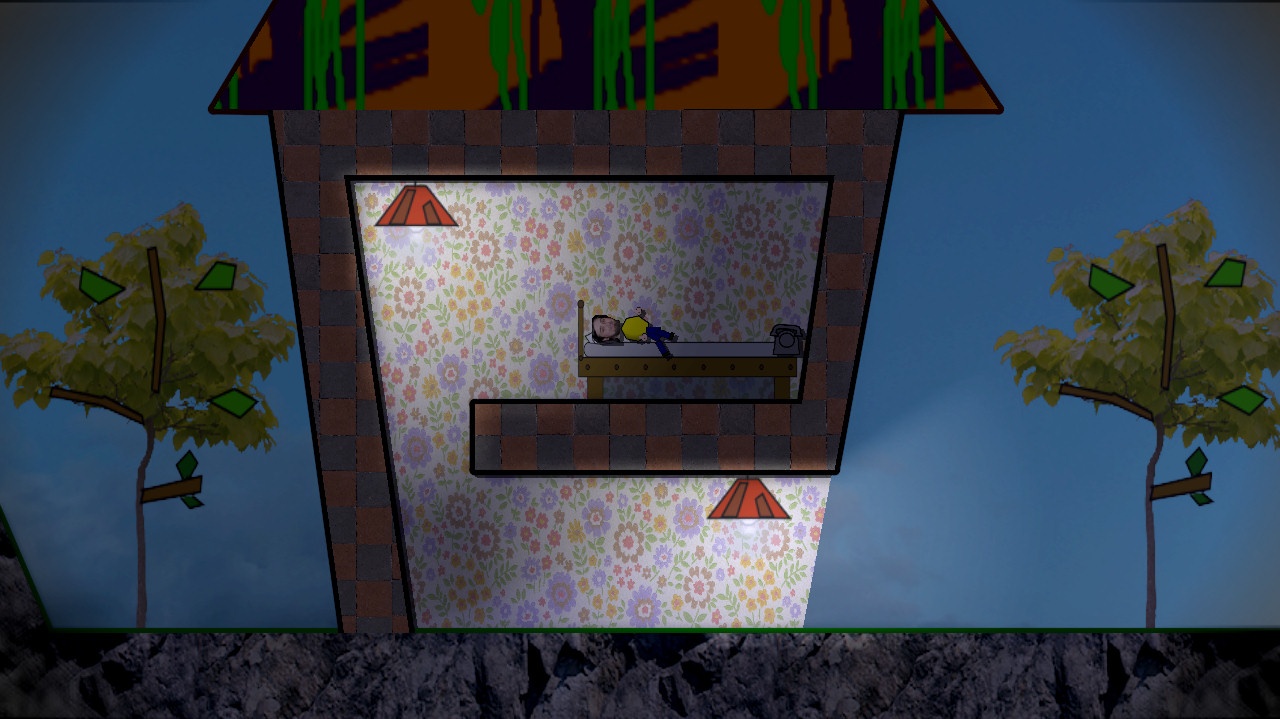 THIS IS THE BEST GAME I HAVE EVER PLAYED IN MY ENTIRE LIFE.

…OK, to be fair…I’ve probably said that about some game in every single one of my “Pudding” columns so far; but I don’t care. Excruciating Guitar Voyage is completely amazing and I want everyone to know it.

First off, it’s set in a dystopian world, where metal is banned, and those who love metal are forced into correctional institutions where they have to dance to pop music for the rest of their lives. …Wait, did I use the word “dystopian” there? I meant heavenly, because nobody likes metalheads. You play as this extremely British guy who wants to meet up with his friend to read an illegal metal magazine that may or may not have something to do with overthrowing the oppressive regime, and in order to reach your friend…not only do you have to do platforming, but you have to solve adventure game-style inventory puzzles, as well.

That’s right! This game is a comedic platformer/adventure game hybrid! I AM THE EXACT TARGET AUDIENCE FOR THIS GAME! Seriously, those are my two favorite genres, and they’ve been mashed together here as well as they possibly could’ve; much better than, say, Deathspank’s attempts to include adventure game elements in an action-RPG (although that ended up being a fine game anyway).

And that’s not even the best part! Excruciating Guitar Voyage is the weirdest, funniest, most creatively-styled game I’ve ever seen on Xbox Live Indie Games. You have to electrocute yourself to get through certain parts; in others, you have to set yourself on fire. There’s a musical number. You participate in a gameshow. Your main character jumps like a balloon. The voice acting’s better than in a lot of other non-indie videogames. Also, there’s voice acting, in a frickin’ XBLI game. The guys who made this game are the absolute master of making this game.

I played through the whole three-hour game straight in one sitting, laughing my butts clean off the entire time. It costs $3, but I would’ve gladly given them more for how much fun I had playing this game.

And that’s still not even the best part! There is, I swear to chefoo, a reference to Kissypoo in this game! YES! Kissypoo! You remember! Happy happy, dancing, dancing! Kissypoo! I’m not kidding! The fact that I got that reference, and the fact that I’m probably the only person to have ever gotten that reference, is the highlight of my life to-date. I give this game a rating of 1,000 smiles out of 10.

Just download the demo. Right now. Start flapping your arms and fly to the goddamn moon to download this demo; it is worth it.

In conclusion, you’re doing it wrong, because you’re reading my conclusion instead of playing Excruciating Guitar Voyage. Way to fail, failure.

Also, did I mention where the name Excruciating Guitar Voyage comes from? True story: That name was originally a subtitle that was under consideration for a Guitar Hero game.

The developers of this game read about that, apparently thought it was completely hilarious, and decided to make a game about it right away. That’s the kind of people who made this game, so you really need to play it! It’s even available for the PC off their website, if you’re a weirdo who prefers PC gaming to consoles.

In conclusion, wait, I already did this part. Ta-ta.