Greetings, GameCola Faithful! It is I, the Jeddy! No, no, no. Please, stop your applause. Everyone, please! Take your seats so that I may continue my review. Really, thank you—it’s wonderful to hear such support from my loving fans even after my unannounced extended hiatus from the videogame review scene. Thank you, yes, it’s great to be back.

The game that brought me back is none other than EvilQuest. 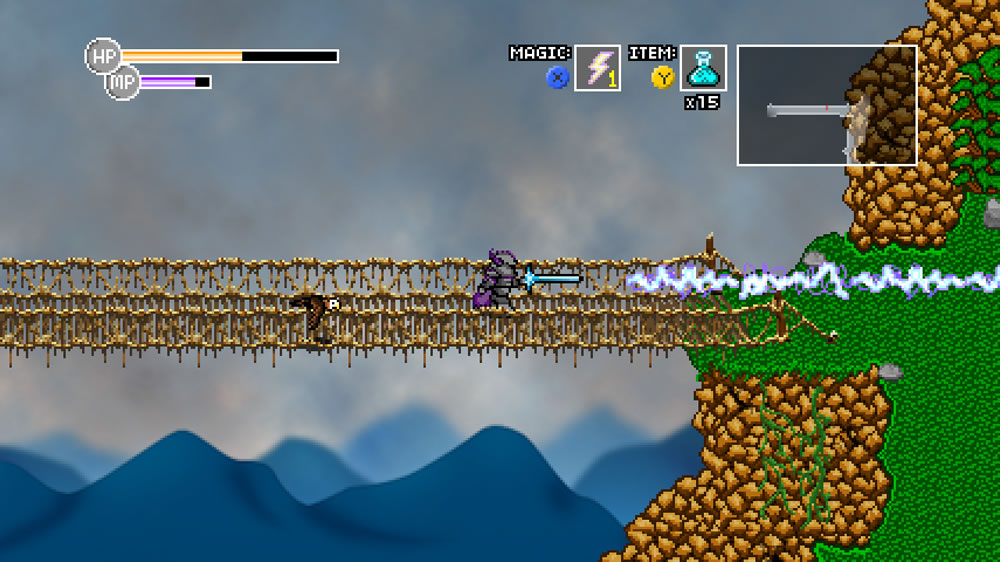 If any of you have listened to the recent podcasts, seen my comments on recent “Minus the Puddings,” or follow me on Twitter, you might have noticed that I have a certain interest in videogames of the independently developed persuasion. I even bought an Xbox 360, making me one of the few GameCola staff members to own a current-gen console. I’ve been playing trials on Xbox Live Indie Games for the past few months, and have been somewhat disappointed in the great number of terrible and ridiculous games released by my fellow developulators.

So, when the Chief himself mentioned that he received a review copy of EvilQuest, I was downloading that like it was made of Mountain Dew and Doritos. Crystalis and indie games together at last?! I must be dreaming!

And, after playing it, I have to say… You know… I wish I had more good to say about the game.

Don’t get me wrong—I enjoyed the game, and it was worth playing, and I would be entirely willing to pay $1.99 for it. And, it’s still better than most indie games that aren’t backed by major sponsors. It’s just that nothing really stood out to me about the game.

Which doesn’t mean that the game was outright bad. The graphics weren’t amazing, but that didn’t stop Cthulu Saves the World. The story was just kind of there, giving you a reason to move the character around and kill things. The music was catchy enough to leave on, but I’m not going to run out and download it like the VVVVVV soundtrack.

The one part where I saw a lot of polish was in the gameplay. Clearly reminiscent of Crystalis, the game has its base in the solid genre of adventure RPGs. The leveling is paced along with the story, so while you’re unlikely to find yourself grinding, dungeons will be difficult when you first go in, but you’ll be whipping it up by the time you’re done with the boss. If you’re having trouble with a boss—or, alternatively, want a little more of a challenge—the game has three difficulty settings that can be changed at any time. 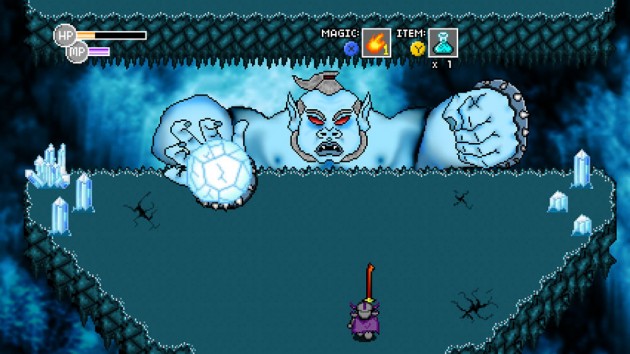 Speaking of bosses, I really enjoyed the boss battles in this game. After beating the game, I went back and played the final boss rush over again on each difficulty setting because I enjoyed it that much. If these guys could somehow pull off a game of just boss battles, it’d kill. All of the classic NES boss moves are in there, minus the part where you die and have to start back at the beginning of the game. I’m looking at you, Blaster Master.

It seems to me that the team is mostly run by programmers. The gameplay was done well and really polished, the spells were fun to use and had cool effects, and there were handy features like the journal to help you remember where you were going if you put the game down and played it again later. It’s just that the story, music, and graphics felt like a platform to showcase the developers’ programming skill, leaving the game feeling a little flat despite playing just fine.

I know how it is trying to develop a game with a small crew. You make do with what you have and hope for the best, and I can only wish that any games I might produce in the future will be as good as EvilQuest. What I hope happens with this group is that they use the success from this game to spring them into their next game. I really think Chaosoft has promise if they make another game, and I eagerly await news of EvilQuest 2; I just don’t think that they’re there quite yet.