First off, look at that banner. Can you imagine the amount of money someone had to pay to hire all those characters to appear in the same place? GameCola must be loaded. In your web browser.

Notice that G-shaped dude playing something resembling an SNES on that C-shaped TV? That’s a clue that GameCola has at least one clever resident artist somewhere. It also hints at a fondness toward retro games, or else it’s an unspoken admission that people playing the Wii look too silly to put on a banner. 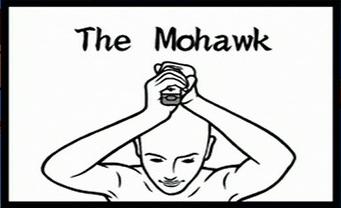 There’s also an obtrusive-yet-innocuous white rectangle at the top of the banner. It’s called a “Search Bar,” and if you don’t know what that means, then you haven’t played enough 1920s-detective-themed text adventures.

Then, right there in the middle, where you’d most expect it, is a beautiful advertisement for the latest drivel someone on staff managed to crank out.

Below that are eight (eight!) boxes showcasing  the five most recent articles for each category. Clicking on the respective headers will grant you exclusive access to the GameCola archive for that category, which is constantly expanding with vintage material from when GameCola looked like a 1997 Geocities website. People who are too uncoordinated to scroll down can also find links to the exact same archives in the bar under the banner. This also includes options to subscribe to our article and comment feeds, thus revealing the alarming ratio of new articles published to spam comments received.

Each article has the standard rundown of title, author, clickible search tags, and other things nobody ever looks at, which is why it’s easy to miss the buttons to share an article on Facebook or to bury it in a hole, which is the only thing I can imagine for “Digg it!”

In the case of reviews, there’s a list of basic information about the game in question, covering the genre, number of players, ESRB rating, and whatever else helps to give the review an air of credibility. Not only is this invaluable for determining what system you can use to play Super Mario 64 DS, but some authors occasionally like to have a little fun here—especially with poorly rated games such as Samurai Shodown Sen.

Like anywhere else, GameCola’s reviews give each game a final, meaningless score out of ten points. It should be noted that five is an honest-to-goodness average score. A “perfect ten” is only ever the result of nostalgia-induced hallucinations, and a score of absolute zero is only believable if the game physically kicks you in the jaw and sells your home to foreign investors as you play it.

What most people don’t realize is that the reviewer isn’t the only one who can weigh in with a rating. At the bottom of each and every article, in a size reserved for the fine print of legal documents, is a rating for the article out of five stars.

You, the reader, have the power to directly influence the course of human history by clicking on a rating. Not only does this give important feedback to authors with varying levels of self-confidence, but it also determines what articles are great enough to deserve a spot on GameCola’s ever-changing and totally rigged Top Articles list. Plus, clicking on stars is fun. 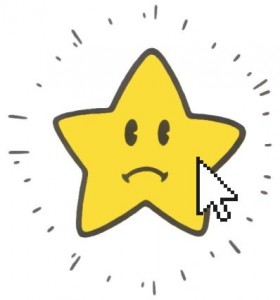 As a side note, while you’re hanging out with the stars, you can take a peek at the little author bio blurb just below. This is usually funny, informative, and as reliable as an online dating profile.

If a simple rating isn’t enough to express your feelings, there’s a space at the lower bottom of each article to leave a reply, or to “comment,” as it’s referred to in the vernacular. I have no idea if it’s wise or even possible to comment without quickly creating a login, and I’m pretty sure the part about using XHTML in your comment is all lies. 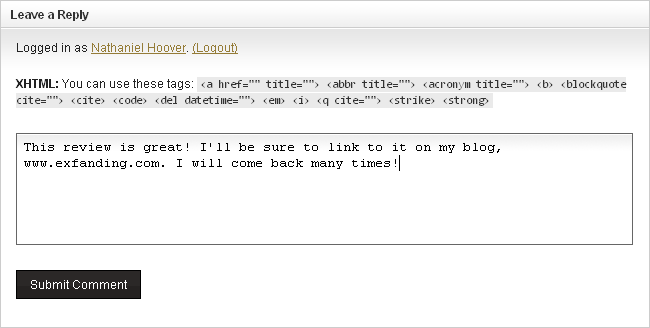 Yet the comments still aren’t at the very bottom of any given page. That space at the lowest bottom is reserved for anything and everything that the staff doesn’t want you to see. Advertisements that will bring the site money. Links to the highly entertaining personal blogs and websites of various staff members. Scintillating copyright information. It’s all shrouded in secrecy.

The sidebar is where the rest of the nonsense goes, and even dull-sounding links such as “About GameCola” and “Contact GameCola” are worth checking out—GameCola staff are creative folk, and there’s more humor available than just what you see in the articles. Even the title bar can provide seconds of entertainment with such amusing headlines as, “GameCola | The Internet’s Biggest Chefoo,” a gag which unfortunately never caught on as well as some of our other in-jokes, by jingo.

There’s a Facebook page that provides all the latest updates and will get you that much closer to being friends with an actual staff member. (I could faint!) Other sections of the sidebar will keep you up-to-date with the latest comments, bird calls, and videos from the official GameCola YouTube channel. You can subscribe to the feed of each of these, if you’re not fed up already.

And that’s pretty much it for the bells and whistles! All that’s left to discuss are the articles themselves, but who really cares about the content if there’s all those bells and whistles? With any luck, this is more than anyone ever needed to hear about GameCola. However, it’ll all become irrelevant the next time the site gets any kind of upgrades or modifications, so I’d suggest making full use of GameCola as it is, while you’ve still got the chance! Unless this article is already irrelevant and you’re some kind of historian or something.

Guess I should wrap this up with a review score that means absolutely nothing.

So you just read my review of Zombies Ate My Neighbors and now you want to know if the direct sequel matches up. Or do you? Even if you clicked this page by mistake (ed.: I should've kept the typo "l