I received a lot of criticism for my last edition of “Minus the Pudding,” in which I alternately defined the word chefoo as “a made-up word,” “a missed opportunity,” and “a really great Xbox Live Indie Game.” This upset a lot of people—especially one reader in particular who e-mailed me several helpful suggestions for where he thought I could stick my chefoo—because none of those definitions are actually correct.

In actuality, the word chefoo (or “Chefoo,” I should say) refers to—and this is completely true—an islet in Shandong, China that Emperor Qin Shi Huang frequented in search of an elixir for everlasting life, which I’m guessing he never found, because he is now dead. It’s not actually a made-up word, like I thought it was. I’d like to take a moment to apologize to all my Shandongian fans for telling the world that their islet wasn’t real, and ask them to please not chop my head off with their vast and quite impressive collection of ancient stone axes.

Hello, everyone! And welcome to “Minus the Pudding”—the column where I play a bunch of Xbox Live Indie Games for about 30 seconds each, and then make sweeping, uninformed judgments about whether they’re worth your time, money, or chefoos. I’m Paul Franzen, and oh God, please put your ancient stone axes away, because I need to talk with you about videogames.

Newton Vs The Horde 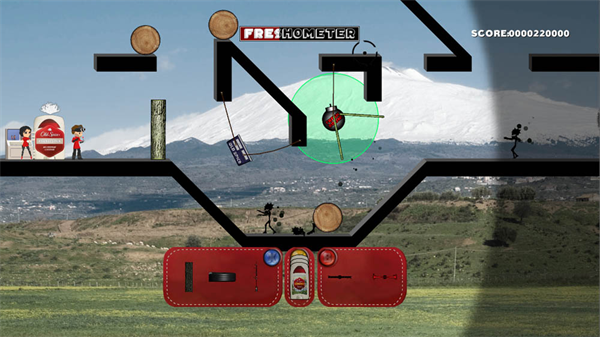 The way it works is this: zombies stream in from the right side of the screen, and you’ve gotta stop them from eating you by putting in place intricate traps that utilize leverage, momentum, centrifugal force, and other words I just looked up on PhysicsTerms.com. Or, at least that’s how it’s supposed to work. I couldn’t get the hang of it, so I spent most of the game just throwing sticks of deodorant and bears at the zombies until they stopped moving. And it worked, just like it would in real life. Maybe those Physics is Phun people are on to something! 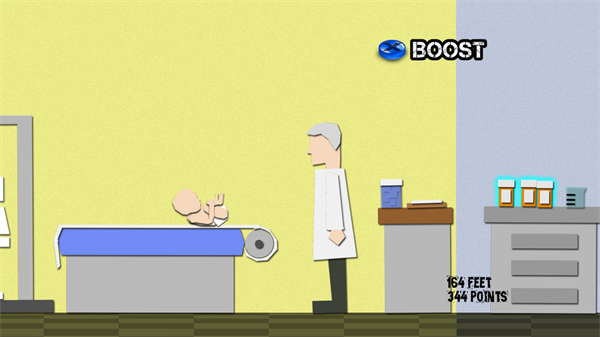 Misnomically—which is a word I just made up that means, literally, “chefoo”—Baby Maker Extreme is probably the most ordinary XBLI game I played this month, inasmuch as it’s a clone of every Flash game ever made. Like that paper plane game Nathaniel talked about in “Flash Flood“—it’s the same thing as that game, only, instead of throwing a paper plane out the window and seeing how far it can go, you are throwing a baby. Birthing, really; you tap the A button a million times, Mario Party-style, to build up momentum, and then FLOOSH! The baby rockets out of mommy’s uterus like mommy’s just popped the most explosive pimple ever, and it goes skittering through the hospital, bouncing its cute baby face off of equipment, beds, and doctors in order to win you a high score and a call from your local social worker. Just thinking about it makes me wish I was pregnant.

As a fun and COMPLETELY HORRIFYING bonus, you can replace the baby with your own Xbox Avatar. 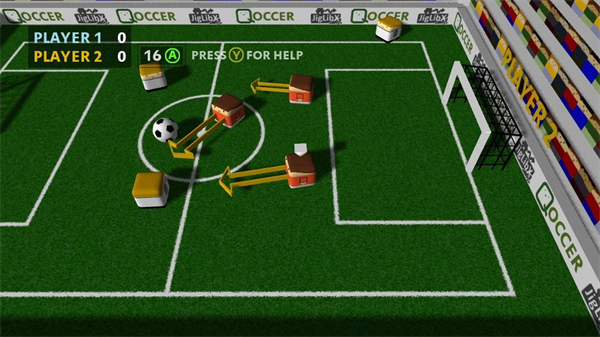 Qoccer is, according to the game’s description on Xbox Live, a “turn-based cube soccer simulator,” which makes sense, because I happen to know a lot of real-life cube soccer superstars. The game is just like actual, boring soccer, except the players are all squished-up cube-men, the game plays out in turns, and Coach Cocco isn’t on the sidelines yelling at me “to stop eating those damned oranges and get back on the field!”

When you start up a new game of Qoccer, the ball is in the middle of the field, surrounded by two teams of cube-men. You input what you want your cube-men to do—basically, either “fling yourself toward the ball” or “fling yourself somewhere else”—after which the other player does the same for his team. And then…ALL HELL BREAKS LOOSE, with cube-men flying in all directions across the field, the ball bouncing off everything with collision detection, and nobody eating any oranges, and they’re just going to waste!

This lasts for about a second. Then, everything stops—completely. Ball and cube-men alike drop to the field, completely motionless, as though there’s been another global blackout, except you know that’s not the case, because FlashForward has been canceled and WHAT’S THE POINT OF LIVING.

After that, everyone inputs their next moves, and you continue like that until someone eats all the oranges. I mean wins. 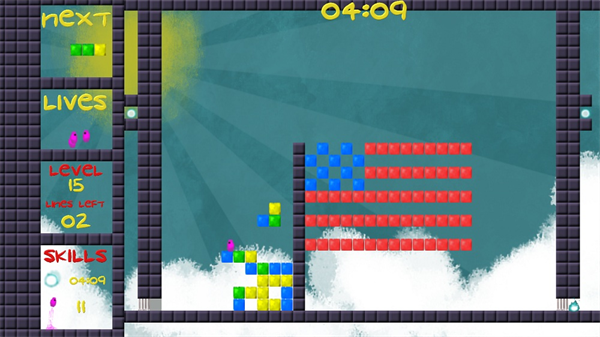 Pinky vs Blocks is the latest in a long line of epic confrontations that includes Godzilla vs. King Kong, The Rock vs. “Stone Cold” Steve Austin, and Quest 64 vs. common decency. You play as a tiny blorpie named Pinky who attempts to travel all the way from left to right while Tetris blocks fall from the sky and crush him to death, or at the very least get in his way.

But that’s not all! You also, simultaneously, play as the Tetris blocks themselves, twisting them and moving them into strategic locations to help your little blorpie progress. (Come to think about it, I’m not sure where the vs in this game’s title comes from, since there doesn’t seem to be much versusing. I guess Pinky and Blocks Work Together Cooperatively doesn’t appeal to the teabagging sensibilities of most Xbox 360 owners.) If you fully complete a line of Tetris blocks, that line disappears, giving Pinky a little more wiggle room. You also have a jump button, but it seemed pretty ineffective when I played, by which I mean I died instantly almost every time I used it because Pinky has the jumping skills of an actual pinkie finger.

My notes for this game say that I kept reloading the demo after the time ran out to see how far I could get, so I think that means I liked it. Then again, I’m pretty sure I did that with Don’t Be Nervous Talking to Girls, too—reloading the game over and over again so I could memorize exactly everything the girl would say and scientifically determine the best responses. (Which, as it turns out, doesn’t work at ALL in real life, because sometimes girls say different things.)

Your Doodles Are Bugged! 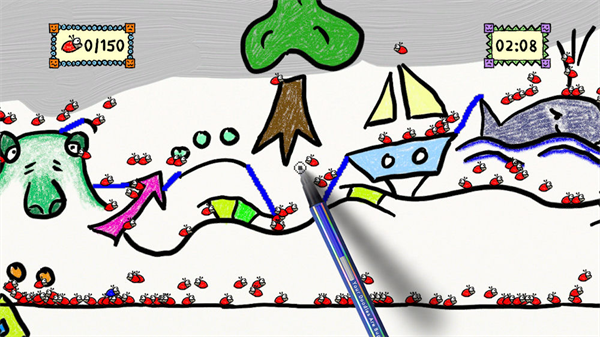 This is the kind of game I thought Scribblenauts was going to be, before realizing that the “Scribble” in Scribblenauts referred not to delightful children’s drawings, but rather…to…uhm…I have no idea where they got that title from. It’s actually more like ScribbleNOTS, am I right?!

(Because you don’t draw anything in the game.)

Anyway, videogames. In Your Doodles Are Bugged!, you play as a gigantic Your Doodles Are Bugged!-branded marker, drawing little paths in your notebook for red little blorpies to take in order to get from Point A to honey. It’s a beautiful game, and for once, I’m not being sarcastic there. The visuals were (or at least very VERY strongly appear to have been) drawn with markers, crayons, and colored pencils and actually look 100% like what they’re supposed to be—a kid’s drawing.

Of course, tragedy did strike more than once while I was playing this game. One sad fat little blorpie, stuck forever at the bottom of the screen because I couldn’t find a way to bring him back up. For all I know, he’s still down there…still blorping along, never giving up hope that, someday, SOMEDAY, he will be free.

Will you be the one to save him? It only costs a dollar.

And that’s it for videogames this month! Thanks for chefoo. I mean reading.

Whether it's an Italian plumber or a Japanese pineapple, ethnic curiosities were how you got awesome platformers out of the N64.