I’m famous. It comes with the territory of running, editing, and writing for a website on the Internet. (It also doesn’t hurt that I require every GameCola writer to mention my name in every other article they write. If they include a picture of me, bonus points.) Because I’m famous, people often stop me on the street and ask, “Hey, aren’t you that GameCola guy?”1 I nod, shyly, and after agreeing to sign their autograph book/P-Franz 8×10/private parts, the most frequent questions I get are:

I try to be polite, but, well, you know how it is. Anyway, re: XBLI, here’s the hot scoop: it’s because the people who make Xbox Live Indie Games sometimes do Neat Stuff. They’re not bound by the mores of modern-day professional game development; they don’t have to worry about things like investors, the ESRB, Metacritic, or whether their game will actually appeal to anyone. They don’t have to worry about making any sort of return on investment—they know they’re going to be making peanuts off of this game no matter what, so they’re free to just go crazy, experiment, and make something that no executive would ever agree to fund.

That’s how you end up with games like GoonyCru. 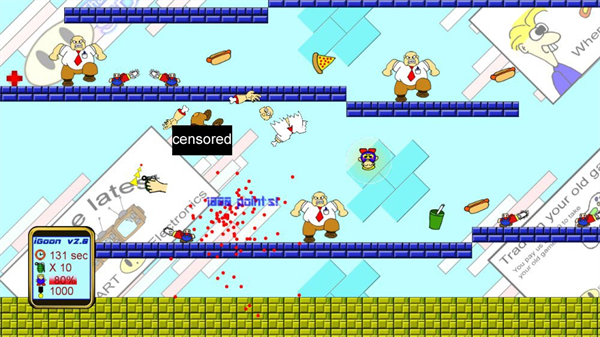 It’s hard to tell from the above screenshot, but this is a game about retail. Well, one aspect of retail, anyway; GoonyCru is basically the natural extension of the  Customers Suck! LiveJournal community (remember LiveJournal?). Where Customers Suck! is filled with retail horror stories of customers taking dumps on bathroom floors and smearing it all over the mirrors (this is true), GoonyCru asks the question: What if you blew up those customers with grenades?

I’m serious. This is actually what you do in this game. The story is this: Your store ordered a large shipment of golf balls, but whoopsies, the suppliers sent grenades instead! Concurrent with this problem, there’s a customer who needs to get something off of a high shelf. You, the bright, self-motivated go-getter, put two and two together, and soon enough you are launching your customers into the air with grenades. But watch out! If your customer takes too much damage, he explodes, his body parts fly all over the screen, you don’t get your annual bonus, and your children have the worst Christmas ever. (More on you ruining Christmas later.)

There’s a little more to the gameplay than that—for example, there are obstacles you have to avoid, like crazy men with chainsaws (what the hell store is this?!)—but the so basically is this: In this game, to progress, you have to navigate the levels by blowing up annoying customers with grenades. It’s the best game I’ve ever played in my entire life. 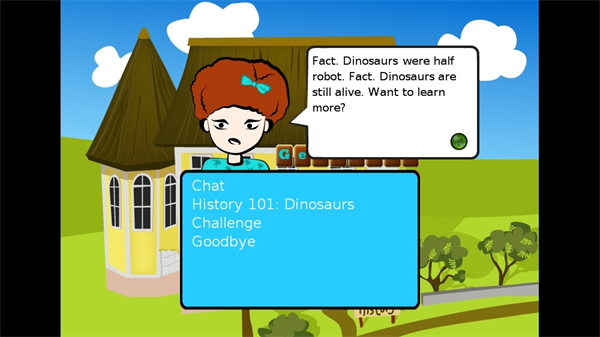 Now, this is a game that wants to appeal to those select few who—like myself—think that playing with words is the most fun you can have besides blowing up annoying customers with grenades. It wants to be Magic: The Gathering meets the puzzles section of Highlights for Children, but it has one big problem: I’m pretty sure its dictionary is entirely made up.

For example, I was playing one minigame where, to win, using a group of assorted letters, I had to come up with a longer word than my opponent. I couldn’t see a single word in the jumble. You know what my opponent came up with? Chefoo. He came up with the word chefoo.

After realizing that the computer had the ability to just invent words in order to beat me, the game transformed from “come up with a better word than my opponent” to “figure out what my opponent is typing, and then type it myself before he finishes.” Using this strategy, I was able to win 100% of the duels in this demo. I believe the game also has a two-player head-to-head mode, but for some reason, I couldn’t convince my girlfriend to tear herself away from Ace Attorney Investigations to play a rousing game of word jumbles with me. Well, I guess that’s her chefoo! 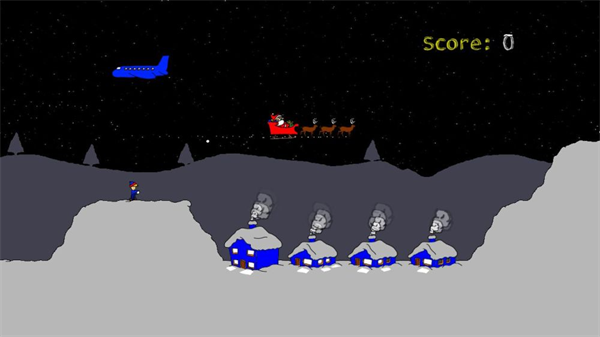 Michael Gray and I talked recently on The GameCola Podcast about why nobody ever makes videogames about Christmas. This game proves our point invalid, but I’m not upset, because putting on a big red suit and showing off my beard to small children has never been as much fun as it is in Santa Bomber.

Santa Bomber is basically Paperboy: Featuring Santa!. You’re flying in your sleigh on Christmas Eve, and you have to drop presents on people. The colors of the houses correspond with the colors of the presents they want (convenient!), and the number of lights on in the house corresponds with how many presents you’re supposed to drop. If you screw up a delivery, congratulations—you’ve just ruined some poor child’s Christmas. Also: ONE OF YOUR REINDEER IMMEDIATELY DIES. “Sorry, Rudolph!”

The best thing is that there’s no limit to the number of presents you can drop on a house; as long as you’ve reached the minimum, you’re set, Rudolph is fine, and Christmas is saved. This means that you can fly around being the BEST SANTA EVER, and just dropping an avalanche of presents onto every person’s house. And you can do this without any penalty whatsoever, because, just like in real life, Santa has an infinite supply of presents.

…Did I say that’s the best part of the game? I didn’t mean it. There’s another use for Santa’s presents, which is: dumping them on Bad Boys and Bad Girls and smothering them to death. And really, murdering annoying tweens is what Christmas is all about, isn’t it? 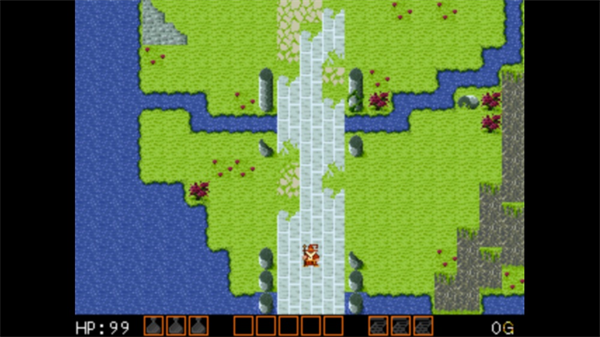 Here’s what I liked about Soulcaster: Your character is a total weenie. Which, to be fair, is kind of the case for most RPGs, but here’s the shocking twist: This game actively embraces the main character’s weeniedom, instead of awkwardly making him out to be a chosen hero who, as soon as he picks up the legendary Sword of the Ages, turns into a total badass deathbringer.

No, in Soulcaster, your character is a total weenie, and he stays a total weenie. He never actually fights a single monster himself. Instead, he summons magical knights and archers and bomb-tossers to take care of the combat for him, while he hides behind them, or in dark corners, or maybe he pulls a face and says “BLARG! See, I’m a monster too! Please don’t hit me….” It’s great. Like how Light’s End revolutionized the RPG genre by removing all combat, Soulcaster revolutionizes the RPG genre by being a realistic portrayal of how a preteen douche would actually act in these circumstances, instead of romanticizing him and his whineyness and his drama bombs.

(Of course, I’m saying this, but I don’t actually know a thing about the main character in this game, or anything that happens beyond the first few screens. In fact, I’m not even sure the phrase “chosen hero” shows up at all in this game. I hope the developer isn’t reading this.)

(If he is, though, I’d like to tell him “thanks for making this game,” because it is quite a chefoo.)

1. True story: This actually happened to me one time in high school.

While it holds its own in the genre, it is definitely directed towards Mega Man fans. If that's you, go check this game out.