My initial attempt to submit this review involved me copy/pasting my review of the first episode, correcting the name of the title, and adding a couple pictures of Doc Brown impregnating the mother of every president because he hadn’t felt like he had done enough to mess up the time line yet.  For some reason, my editor had a problem with this.  I suspect he was envious of my genius and time management skills, but he claimed it was because I was “incredibly lazy” and insisted I remove the “incredibly creepy” yet “strangely erotic” fanfiction pictures I had collected from the depths of the internet.  Don’t bother searching for them to prove me wrong; I’m sure they exist somewhere out there. 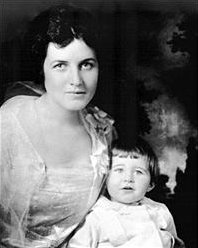 Because Rose Kennedy is a straight up fox.

Regardless of the objections of my editor, I still feel like my plan was a solid one  because this episode is essentially the same game as the two previous ones, with the only difference being minor changes in the plot.  If I’m eating a candy bar, I’m not going to post new reviews after each bite unless I find a finger somewhere in the middle.  Episode 3: Return of the Colon takes off right where Episode 2: The Punctuation Strikes Back left off, and I feel like I should warn you that there will be some spoilers for the previous episodes in my review.  I’m not sure how effective that warning will be, because if you are worried about spoilers and have the capacity to dress yourself, you probably have already realized that reading a review of the third episode of a game you haven’t played the first two episodes of isn’t the best idea.

Once again, Doc Brown has proven himself to be the last person you would want with a time machine, and when the timeline sees him coming, it should lock its doors and windows and ignore Doc Brown’s best efforts to woo it out and impregnate it.  Leaving Doc Brown alone with a time machine is like leaving an ice cream cake alone with Kristie Alley, and when you get back something will have gone terribly wrong and everything will be covered in frosting. 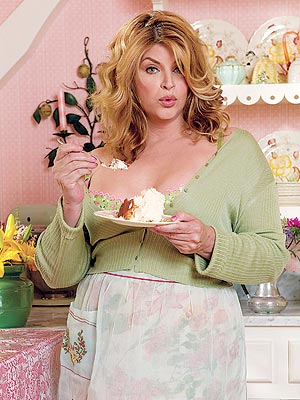 There were no survivors.

In the last episode, Marty and Doc had to go back in time to fix their last screw up and prevent the Tannen crime family from taking over Hill Valley, but they did so with all the tact and grace of a drunken hippo trying to make a pyramid out of playing cards.  Because of their meddling, Hill Valley has been transformed from a town run by the mob to a police state, run by the enigmatic Citizen Brown.  Or at least the game refers to him as enigmatic; I was able to figure out where this was going by reading the descriptions of the episodes after I downloaded the series.  Regardless, with Hill Valley now a terrible dystopia (again), you must find a way to fix everything, and if past history is any indication it’ll be done by going back in time and screwing up things even worse until they get a future they’re happy with.  You get the feeling that if Doc had to fix some peeling wallpaper, he’d do so by knocking the wall down with a bulldozer (and then doing unmentionable things to all the construction equipment). Marty realized too late he was not specific enough when he asked Doc to seal the gap between the walls with his caulk.

While the essential premise here is pretty much the same one Back to the Future always seems to use, the story itself is perhaps the strongest of the series so far.  It is really the fist one that varies from the established formula of stopping some random Tannen from causing shenanigans, and the antagonist actually feels like something other than Biff wearing a funny wig and talking with a slightly different accent.  The villain is particular strong in this episode, and for once we aren’t forced to thwart the hi-jinks of someone related to Biff (that happens to look just like him).  Apparently the storywriters finally figured out that if they had one more Biff lookalike in the family that we would begin to suspect the most logical explanation for this would be that Biff had his own time machine all along and has just been screwing with Marty.

Previous villains in the Back to the Future franchise, and evidence that the Tannen family is either more inbred than most royal families or reproduces by budding.

The story is quite strong as a whole, and while this deals with similar themes and issues to the previous episodes, it manages to do it better and with a slight twist so it doesn’t feel so redundant.  The characters and writing are also well done, as the game continues to do a nice job capturing the style and humor of the movies.  All of the characters seems to have a bit more depth than previous episodes, and the new variations of the characters are fairly well developed, considering how short the episode is.  Again, I really wanted to see where the story was going the whole way through, and the only thing that stopped me was the dreaded “to be continued” screen.  But since I’ve already had my rant on episodic games, I’ll omit the part where I had an aneurysm and set my alarm clock for 31 days, which was the most realistic expectation of when I’d actually be able to continue with the plot.

The puzzles continue to be the weakest link, which is kind of a major issue for a game where the puzzles are the only thing keeping it from being as interactive as the main menu on a Blu-Ray.  To be fair, the puzzles aren’t bad and there are a handful of standouts including one where you must solve an argument by rocking out as hard as you can, which didn’t work as well for me last month when my cell phone bill was late and Verizon wouldn’t accept my rendition of Living La Vida Loca on the recorder as recompense. 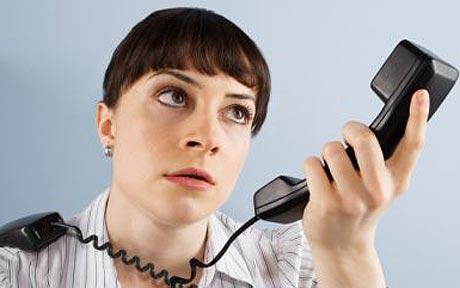 “No, sir, we also do not accept She Bangs on the harmonica.  You have to pay your late fee.”

However, beyond a couple of interesting puzzles, the solutions to everything tend to be a bit too obvious.  Using a battery to power a piece of electrical equipment doesn’t really count as a puzzle unless the target demographic for this game was recently thawed cavemen.  There just aren’t too many puzzles that really give you a sense of satisfaction for completing them, and for the most part I was able to figure everything out within a couple of seconds of being presented with the problem.  The game also has somewhat of a bad habit of isolating you in a small area and having you figure your way out.  While this has worked well in the past, this time around everything is far too easy and a couple of puzzles seem to almost solve themselves.  One of the last ones in the game requires you to distract someone, but strangely nearly everything in the room seems to have nearly the same efficacy.  It was the first time I remember the “all of the above” option applying to anything other than poorly made scantron tests.  There is a fine line in these kind of games between “entertainingly challenging” and “frustratingly stupid,” and Citizen Brown deals with this problem by running away from the line and screaming until its mother catches up and reassures it that everything will be alright. 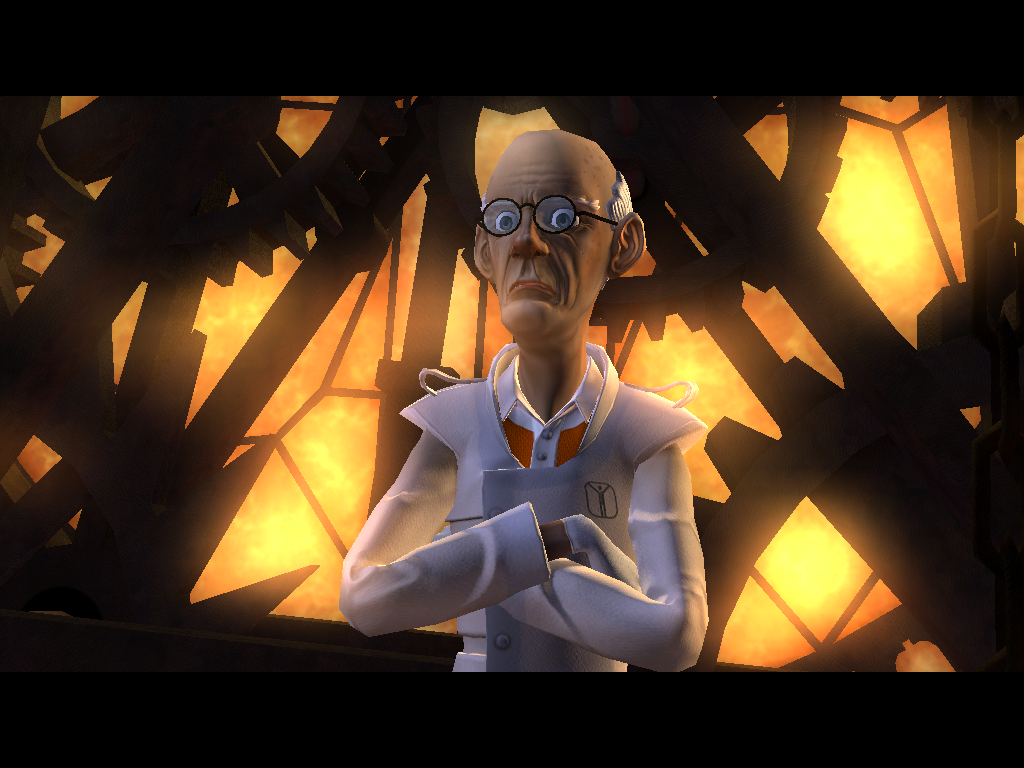 Unfortunately, that means the puzzle where you have to hide Doc’s diuretics in his applesauce was removed.

In a way, this feels like a bit of a pointless game to review.  And not just because my entire viewing audience is just me wearing slightly different hats.  The weird thing about this game is it is part three in a five part series where you have to purchase the entire set at once.  That means that you have either:

b) Don’t have the game yet, but plan on getting it and don’t want any of the middle portions spoiled

The way this was released sort of puts it out of the realm where it would be useful to review.  It would be like if you got a third of the way through a movie, then paused it to go and see what everyone though of the second third before you continued. Still, if you’ve played the first two games there isn’t a reason to stop now.  Everything is about the same, from the strong visuals and voice acting, to the entertaining story and characters, to the below average and somewhat simplistic puzzles.  If you have been sitting on the fence, the good news is that the quality has not dropped and it still comes recommended.  The bad news is that sitting on a fence is painful, and you most likely will now need to go to a doctor to have a fence post removed from your left buttock.

About ten years ago, someone got the bright idea to make a movie based on the Super Mario Brothers video games. The only problem was that the games make no damn sense. Seriously, as awesome a game as ...