The Internets have been abuzz lately with posts about Xbox Live Indie Games, and for once I’m not making a self-deprecating yet hilarious joke: people other than me have actually have been talking about the service. I believe this means that my column has been a huge success, and I can now retire on my big fat pile of money.

Don’t believe me? You shouldn’t; nobody cares about Indie Games. But here’s a few actual headlines torn right from the meaty flesh of the blogosphere, just to prove us both wrong: 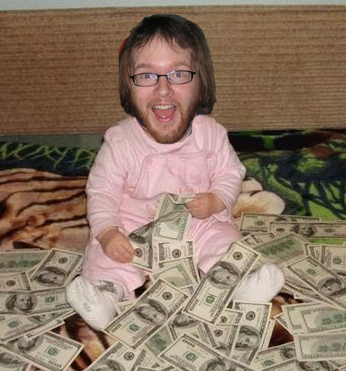 The debate rages on about whether XBLI games should be allowed to have official Xbox Achievements with a capital A. According to our recent “Versus Mode” column, there are two sides to this argument: Those who think that they should, and those who think that Achievements are just a visual reminder of how much of our lives we’ve wasted thus far on videogames, and who get depressed whenever they see their gamerscores go up. Man our writers are weird.

This story was broken by Cthulhu Saves the World developer and friend of the ‘Cola Robert Boyd. Apparently someone—and we’re not naming names, but it’s totally the fans of that stupid lacrosse game—are creating loads and loads of fake Xbox accounts so they can en masse down-vote everything but the one game they like. Why would they do that? Because doing so ensures that their game climbs the XBLI ratings charts at the expense of other games and, thus, sells more copies.

If these accusations are true, it would actually explain a lot—particularly, Microsoft’s odd move of changing the official XBLI motto to “Indie Games: Where hard work truly is rewarded, so long as that work is spent on absolutely anything but making your game fun.”

Not only did FortressCraft, the XBLI Minecraft rip-off, have the most successful Indie Game launch of all time, but it also became the number three game downloaded on ALL of Xbox Live for the week it was released. Some point to shenanigans—particularly in light of the already-prevalent ratings manipulation—but I say the reason for this game’s quick ascension is obvious: actually, it’s probably shenanigans. Not even I MAED was able to achieve that much success, and that game actually had a selling point.

And that’s the news! Now here’s the games.

I did a little research on Sword and Hammer before downloading it, and I saw a lot of people referring to it as one of the worst things they’d ever experienced. This, of course, piqued my interest. It’s an FMV game with fantasy and swords—but on a budget that makes most other indie games look like they actually have a budget. The “so basically” is that you, the player, watch real-life footage of two LARPers hitting each other with fake swords, and at specific moments, you’re prompted to press a specific button. If you do it right, you get to keep playing, and if you don’t, you get to go do something fun, instead. It’s pretty much win-win. 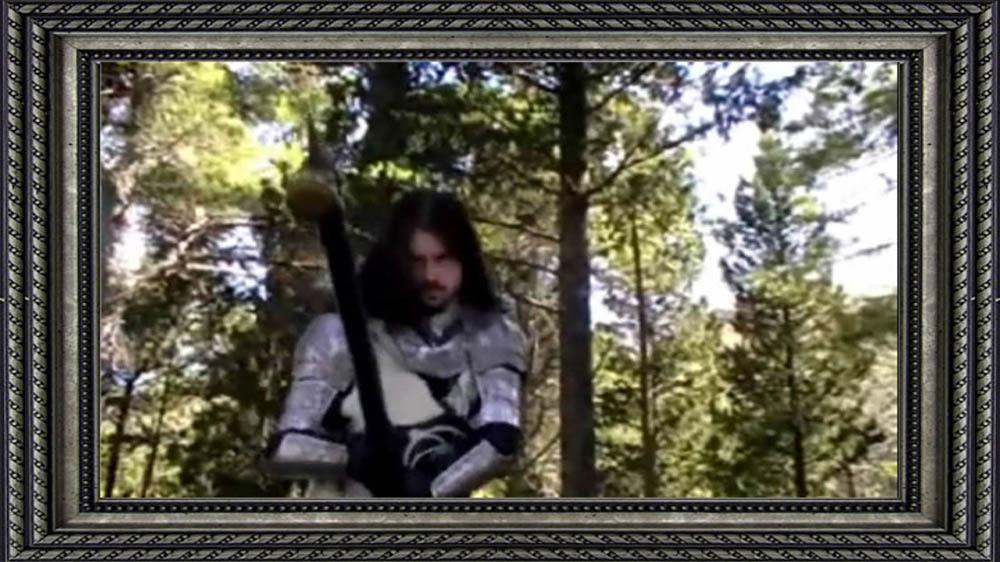 So where did this game go wrong? (“Duh!”, you’re probably thinking.) The main problem is that, since I showed you the above trailer, you’ve now officially seen almost every scene in the game. That’s not to say the game’s only a minute and a half long; rather, it’s to say that the developers repeat the same six or so scenes over and over again; it’s like Source Code, only nothing ever changes, ever. If you see three enemies, it means that you’re going to fight the same enemy, in the same cutscene, three times. If you’re lucky, the monotony will get broken up by a Mario Party-style button-mashing sequence. Yep—that’s what “lucky” means now.

For one dollar, there’s still no way you could ever stop me from purchasing this game; unfortunately, it actually costs three. And there’s a lot of cooler things you could do with those three dollars. (Have you checked out the new Humble Indie Bundle yet?) 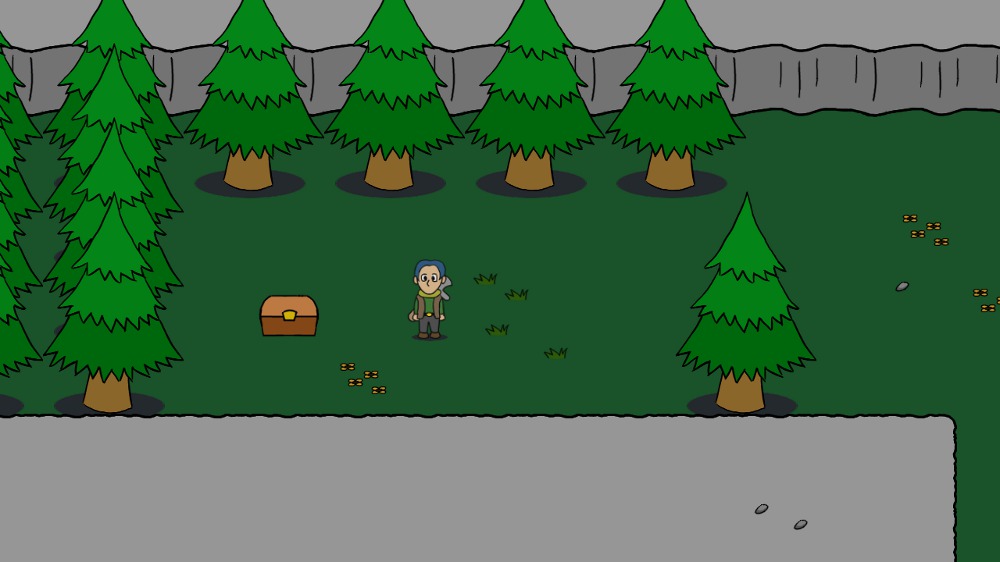 This one’s an RPG, along the same lines as Cthulhu Saves the World, though taking inspiration more from EarthBound than from Dragon Warrior. Also it’s like 15 minutes long; or at least it seemed that way to me. The game opens in a daycare (whose actual motto is “we love your kids so you don’t have to”), where our hero goes off to play in the sandbox with three of his friends. Yes, I said “daycare”—these characters are all about five years old. Why not? Most RPG heroes act that way anyway; at least these kids have an excuse.

The next thing you know, your character awakens in a forest, with blue hair and a sword. Also he’s all grown-up now, which means that he’s 17, because this is an RPG. From there, you fight your way through random turn-based combat until you can save your friends and, ultimately, save the world. (Probably, anyway; I didn’t get to the end. I got killed by an old man whose head was on upside down, and I’m going to suggest now that you don’t try to picture that, because I wouldn’t wish those nightmares on my worst enemies, or even the actors in Sword and Hammer.) 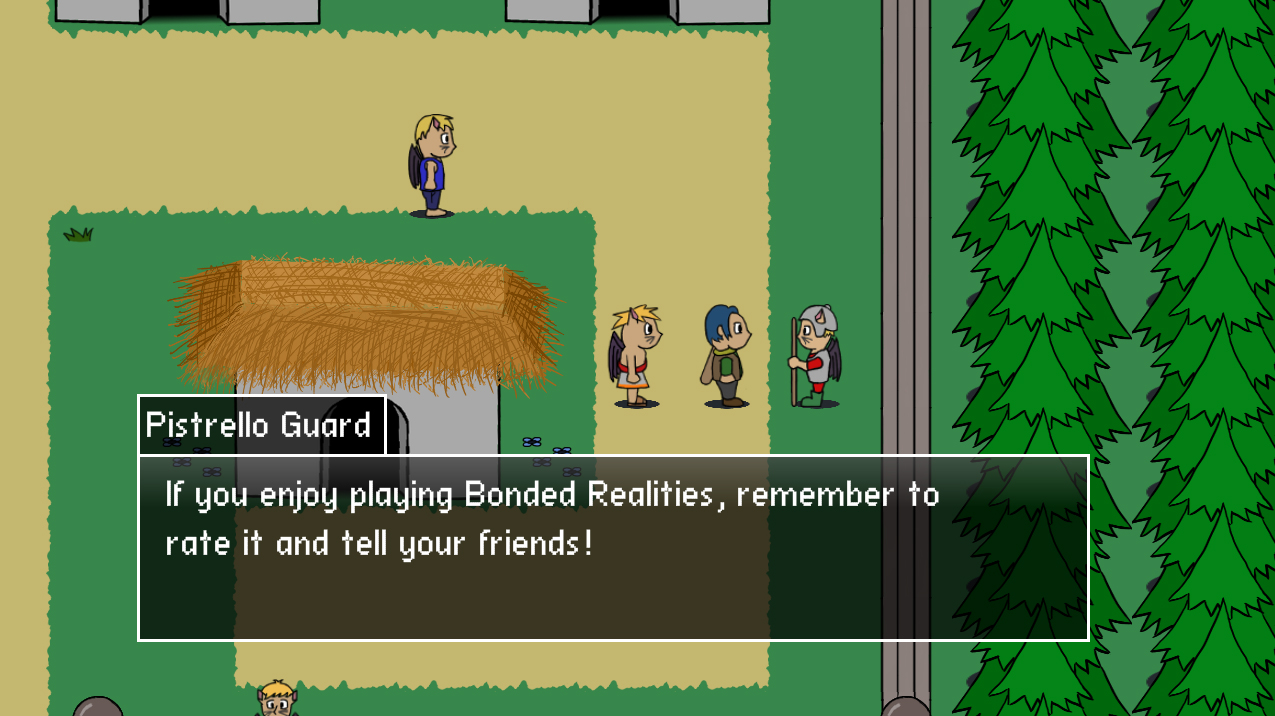 If you’re sick-and-tired of random encounters, this game has a fantastic way of dealing with them: Early in the game, you get an item that lets you turn off random encounters entirely! YES! This means that you won’t be punished for taking the time to explore corridors, and you won’t be stuck fighting a seemingly endless stream of slimes when all you want to do is SAVE YOUR GODDAMN GAME. (Actually, you wouldn’t be doing that anyway, because the game lets you save anywhere, but still). I thought Cthulhu was being friendly in turning off random encounters after you’d fought a set number of enemies, but I think I have a new bestie now.

Also, the writer/designer clearly had a lot of fun making this game, creating punderful enemies like the “hammered sickle,” or the “polar bear” who, in battle, can “use multi-variable calculus and derive your attack!” (I bet if I knew anything at all about math, that would be hilarious.) However, I’m not sure the same can be said for the artist. The game’s environments put me to sleep—and I mean that in the sense that they actually literally killed me. Here’s a free tip for all would-be developers: if your idea of art in any way involves mass use of the paintbucket tool, STOP DOING ART IMMEDIATELY. This has been a public service announcement from my eyes. 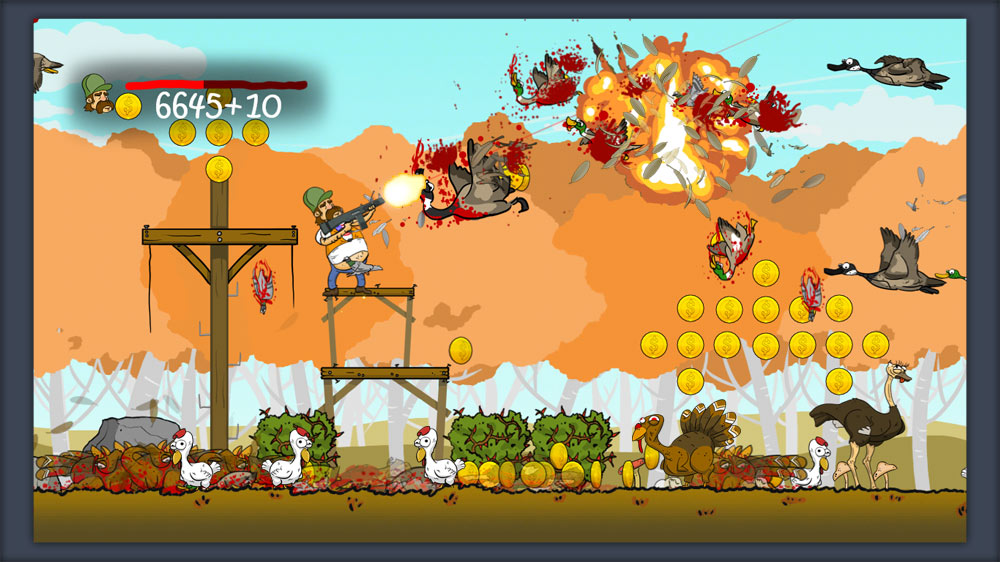 Better not tell my fiancée that I played this one! In Bird Assassin, you—get this—assassinate birds. Why? Actually, there is a reason, beyond just “the developer thought the name was funny.” According to the game’s opening cutscene, your father was shot to death by a maniacal bird. (Yes, I’m serious.) Per his ghost (still serious!), you need to kill every single bird ever, in order to exact your revenge, because that’s how revenge works.

It’s a side-scroller, and you move your little redneck dude from left to right, taking aim and taking out anything with a feather. The birds poop out coins whenever you shoot them, which you can then use to buy upgrades to your weapons after every level. Half the birds don’t actually appear to be attacking you, but that’s OK—as Inigo Montoya famously said in Princess Bride, “You sort of look like the man who killed my father. Prepare to die.”

The game’s not quite as exciting and action-packed as I expected—though exactly why I expected action-packed excitement from a game that I’m pretty sure is a Flash game in disguise remains to be seen. It’s over-the-top, but not quite over-the-top enough to reach the heights of a game like Castle Crashers, Bird Assassin’s apparent idol. Maybe it just needs to be two-player. …It’s not, right? 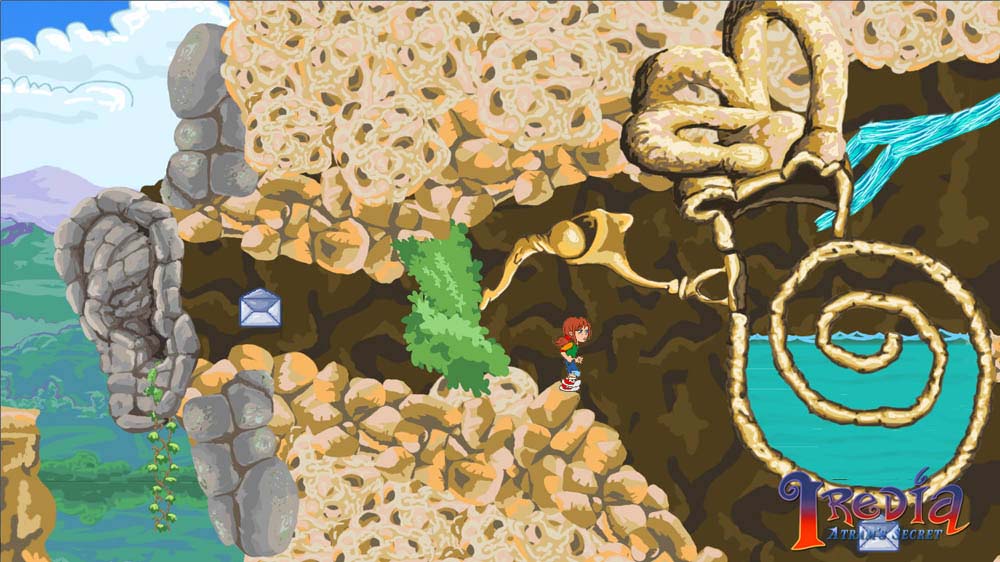 As this game starts, you receive a phone call. It’s your father. He’s at the hospital, and he has good news—your new baby sister is here! You’re excited because you’ve been dying to play the flute with her…but unfortunately, Dad also has some bad news for you.

The game could clearly use a proofreader, but I can’t bring myself to make fun of it. Did you see that dialogue? This game is way too…I don’t know if “sweet” is the right word; but it feels like something a father hand-crafted for his daughter, who’s struggling to understand what’s wrong with her new baby sister. It’s a surprisingly deep and personal theme for any videogame, not just an XBLI one. How do you crack wise about that?

And how does the girl learn to cope? Well, after a cat steals her flute, she Narnias herself into a forest, where we have to catch the cat and get our flute back, all the while learning about how hearing works, mostly via fun facts that you can read on signs. The game basically breaks down the “educational” and “entertainment” parts into separate components like that, which might not be the best way to encourage learning; but maybe you shouldn’t play this as a learning game, anyway. Actually, maybe you shouldn’t play this game at all, unless the story resonates with you in some way. The main character jumps like she’s carrying a sack of potatoes on her back, and you spend most of the game learning about ears. That’s not exactly “fun” for most people; but this game, I’m guessing, wasn’t made for most people. It was made by a father specifically for his daughter, and the rest of us just get to experience that kind of love second-hand.

…Unless I did just completely make that up. It makes for a good story, though.

In conclusion, now that other people are talking about Indie Games, too, I am now formally requesting that you ALL add to my money pile before I write another column. PAY UP, FREE-LOADERS!

It is not only criminals that can steal cars, but cops can join in on the action, too. God bless America.