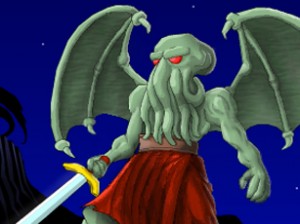 Robert Boyd is the lead designer, programmer, and writer at Zeboyd Games, makers of the Xbox Live Indie Games Breath of Death VII: The Beginning and Cthulhu Saves the World. He’s also the organizer of the Indie Games Winter Uprising, an event taking place during the first week of December that hopes to combat the extreme surplus of bad XBLI games by releasing a whole bunch of good ones all at the same time. This is his first appearance in “Versus Mode.”

Christian Porter is a current GameCola staff member who writes reviews, casts pods, writes news and blog posts, and writes two columns: “Poor Player’s Paradise,” which highlights ways for people to play games on the cheap, and “Top of the Heap,” which seeks to find the top videogame in obscure genres like “sports games in which you kill people” or “games starring Jean-Claude Van Damme.” He’s also the creator of the GameCola video series “Speak American,” in which he looks at videogames that “have the poor taste to speak some kind of gibberish that isn’t even American.” This is Christian’s eighth appearance in “Versus Mode,” having written previously with Eric Regan,  Rick Cressen, Britney Brimhall, Paul Franzen, Michael Gray, Danielle Symonds–Yemm, and in NewbieMania II.

Robert Boyd: I can’t speak for everybody else, but I know that I don’t particularly want a brand new console at the moment. I’m still looking forward to picking up a cheap PS3 (thus completing this generation’s set) and some of the great games I’ve missed there, like Siren and Demon’s Souls—I don’t need a brand new system when there are still so many games in the current generation that I want to play. Same thing with the portables—the 3DS sounds cool and all, but the PSP and DS are more than enough for me at the moment. 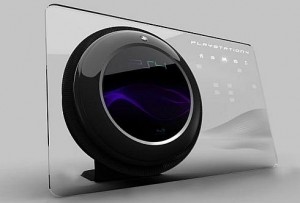 As a developer of retro-style games, I obviously don’t need a more powerful system to develop on, so if it’s fine with everybody else, I’d rather just keep the current generation of consoles rather than start all over with a new install base.

Christian Porter: Well, I can’t say I’m very keen on spending another $300+ on a new console, but I suppose it depends on what’s on the table. As it stands right now, Nintendo, Microsoft, and Sony are all putting themselves behind motion controls of some kind or another, and, as keen as I am on flailing around to simulate feeling up fictional animals, arranging non-existent flowers, or cutting up virtual eggplant, I’d prefer playing videogames made for people who enjoy videogames, rather than videogames made for the grandparents of people who like videogames.

This is why I think it would be a key time for a new console manufacturer, or perhaps an older one like Sega, to drop a new console into the mix. High-end specs, nice controller, and none of that motion control bullshit. You’d have neckbeards with a vendetta against exercise like myself lined up around the block to get themselves one.

Robert: I completely agree. Even if you make less money in the short run, I think it’s beneficial to sell your games at a lower price to help build up your fanbase. That’s exactly what we did with our first RPG, Breath of Death VII: The Beginning—many people told us that they would have paid much more than the $1 we asked, but by pricing it at such a low price, we drew a lot of attention, and we now have a nice fanbase that should help us greatly with the sales of our future games.

As a consumer, I’ll probably only have ended up purchasing two games at $60 by the end of this year —Final Fantasy XIII and Civilization V Special Edition. I tend to stick with cheap download titles and sales unless it’s a must-have game for me. If more games came out at the $30 and $40 price tags, I would probably buy a lot more games at retail than I do now.

Christian: Hey, I like paying less for stuff as much as the next guy, if not more-so, but let’s face it—have you seen THQ’s games? Most recently we’ve got the videogame adaptation of Megamind, 50 Cent: Blood on the Sand, and Drake and Josh: Talent Showdown.

Charging any more than $40 for these pieces of garbage should be a crime.

Also, if that $40 price point only exists so that they can bleed me dry via DLC, then no thanks, not interested.

3. It’s time for FMV games to make a comeback. 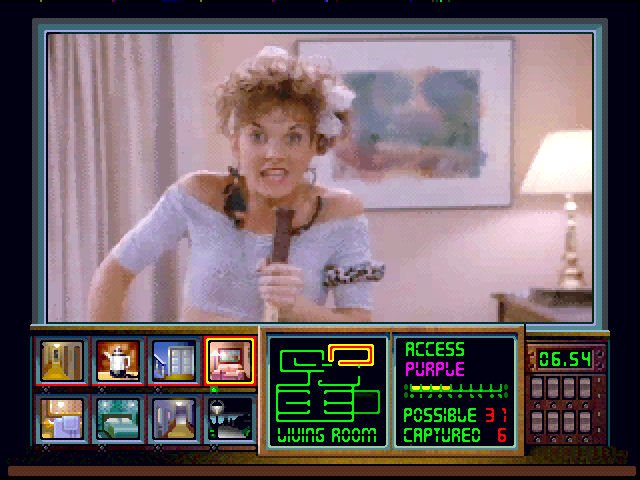 Robert: I was a big fan of Dragon’s Lair back in the day, but that day has passed. I have no desire to see any new FMV games; however, FMV can be used to enhance a game if used for comedic value—just look at ‘Splosion Man and Comic Jumper.

Christian: It’s no secret but, God help me, I love FMV games. Probably because it represents my love of videogames and bad movies combined into one medium.

Hell, the game that has probably seen the most play on my Wii would be Mad Dog McCree.  So I’d be psyched if I could play some crap like Double Switch or the excellent Tex Murphy Adventures on my phone or even PSN or Xbox Live.

4. The 3DS needs to have a Virtual Boy store.

Robert: I don’t know if it needs a Virtual Boy store, but if they put the VB Wario Land game on the 3DS, I’d buy it. A great platformer, and no permanent damage to your eyesight? Sign me up!

Christian: Sure. Virtual Boy games may not be the brightest page in the Nintendo history books, but there’s a whole lot of collectors who would be happy to throw Nintendo a few bucks to play their old garbage. And, really, hasn’t that been Nintendo’s entire business model for the past five years or so?

5. Microsoft should do something to keep garbage off of the 360’s Indie Games service.

Robert: I disagree. One of the greatest strengths of the Xbox Live Indie Games service is that just about anyone can make and publish just about anything. If you start putting serious restrictions on that, where do you draw the line?

Rather than keeping the garbage off of the service, I think Microsoft should focus on trying to bring the best of XBLIG to the forefront. We’re trying to do just that with our Indie Games Winter Uprising—a developer-led promotion showcasing over a dozen great games that are coming out on the service at the beginning of December—but I would love to see some more help from Microsoft in promoting the good. That’s not to say that they haven’t done anything—occasionally, they’ll include Xbox Live Indie Games in general promotions, and they have their yearly Dream.Build.Play competition—but it would be nice to see more regular promotions of good indie games. A once-a-month dashboard ad just advertising great XBLIGs that came out that month would be a great step in the right direction. 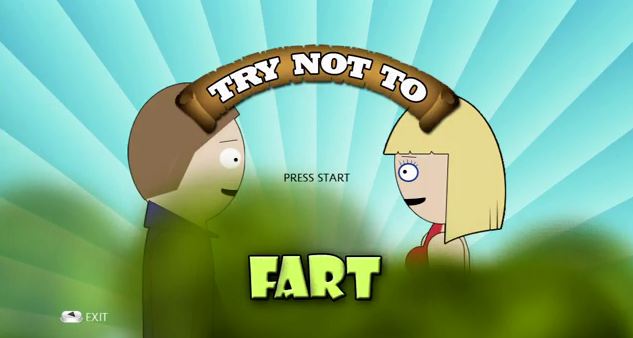 Should Microsoft do something about this?

Christian: It’s a tough call. On one hand, it’d be nice to be able to scan through the indie games section and not see Zombie Prostate Massager 2: With Avatars for every other game. On the other hand, if people keep making these things, then, sadly, people must be buying them. Also, part of the charm of the indie games service is that anybody can make just about anything they want to, and if other people like their game as much as they do, they can make a good amount of cash and a name for themselves in the industry.

Perhaps what needs to be done is that tighter control needs to be exercised, not on what can be made and released, but on what makes it to the featured menus.  Perhaps “New Releases” should be replaced with “New Releases That Were Determined By A Committee of Peers To Not Completely Suck Ass”.

Episodic gaming just sounds like an absolutely terrible idea. It really does. I'm talking "buying a PS3 at launch and not immediately selling it on eBay" levels of awfulness. It sounds like an invitat