Christian Porter is a former GameCola staff member who wrote reviews as well as Top of the Heap, a column that examined uncommon threads among varied videogames, and Poor Player’s Paradise, a column that helped you spend your gaming budget wisely. This is Christian’s sixth appearance in Versus Mode, having written previously with Rick Cressen, Britney Brimhall, Paul Franzen, Michael Gray, and Danielle Symonds–Yemm.

Christian Porter can now be found at Slothbot, the self-proclaimed “only videogame blog on the Internet. Ever.” Remember when Christian was funny in GameCola? He’s funny in his blog, too.

Eric Regan is a current GameCola staff member who writes Captain Eric’s Cheat Codes for Life, an advice column for all your videogame-related life disasters. He’s also written Captain Eric’s Psychic Thumb Feature Presentation, a column that previewed only the best upcoming games; Captain Eric’s Super Thumb Feature Presentation, in which he gave short reviews to games he played; and Digital Championship Wrestling, a column that set videogame character against videogame character in pro-wrestling matches. This is Eric’s seventh appearance in Versus Mode, having written previously with himself, Neal Iannone, Alex Jedraszczak, Steve Hamner, Casey Levine, and Steve Hamner.

1. Review ratings aren’t accurate representations of how much fun a game is.

Christian: Review scores are generally accurate. If you were to play a game with a high Metacritic score, like BioShock, Portal, or Zelda: Twilight Princess, you would probably either enjoy it or, at the very least, understand why others would enjoy it. If you decided to play games with extremely low scores, like Ninjabread Man, Bomberman: Act Zero, or Pong Toss: Frat Party Games, you’d probably not only hate these games, but want to end the lives of anybody who likes them for the sake of the human race.

Of course, ratings aren’t infallible, and your mileage may vary. Everybody knows one or two popular games that everybody loves but they just can’t get into. For me, that would be Halo. We also have games that we know are widely considered to be awful, but can’t help but enjoy. Most recently, that game is Cabela’s African Safari for me, which I am thoroughly embarrassed to enjoy but do so anyway.

However, despite these occasional disagreements, review ratings are a very good gauge of how good a game may be. Like with everything else, though, don’t necessarily believe everything you read.

Eric: Well, since review ratings aren’t an accurate representation of anything, I cannot fathom how they would be an accurate representation of how fun a game is. Everyone has different tastes in everything. People are partial to some things that other people hate, and vice versa. Reviews just help you get a small feel for a game without having to play it so you can make a better educated decision about whether to try it or not.

Well, I should correct that. GOOD reviews do that. MOST reviews just tell you how greatest ever a popular title is.

2. Nintendo is one of the most innovative companies in gaming.

Christian: In some ways, Nintendo has presented itself as the wide-eyed, forward-thinking type, always ready to challenge the norm with daring, innovative products like the Wii, the DS, the Virtual Boy, etc. On the other hand, Nintendo has a dirty habit of also taking on the role of the technophobic old coot who is convinced that computers were forged in Hellfire by Lucifer himself, fearing things like disc-based media and Internet connectivity and fighting them, tooth-and-nail, for several console generations after competitors have realized their value and embraced them. 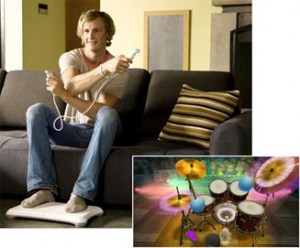 Even though the Wii isn’t exactly knocking myproverbial socks off, I have to give Nintendo some credit. If another company had come in last place in the last console generation, I don’t think it would have rocked the boat and developed a totally new system, instead just copying the ever-loving shit out of its competitors to stay in the game. Nintendo, on the other hand, decided to take a big risk and ended up tapping an entirely new market of people who had always liked the concept of videogames but were turned off by the hobby’s lack of constant masturbatory gestures. Thus, the Wii was born.

So, although I don’t feel that their innovations are always useful or necessary (Virtual Boy, Game Boy printer, etc.) they do something that developers of game software and hardware alike are very fearful of—they try new things.

Eric: If you’ve read any of my work, you might realize that I am not the biggest fan of the current incarnation of Nintendo. I do, however, have to begrudgingly say that, perhaps, Nintendo *might* be considered the most innovative company in gaming. However, that isn’t really that hard to accomplish and could be likened to being the prettiest naked mole rat. Videogame companies just are not that innovative, because being innovative isn’t making them any money.

Of course, that’s a horrible thing to say, and we would all love for them to be innovative. However, they are not. So while Nintendo does try the hardest to be innovative, none of these “innovations” have interested me in the slightest.

3. Sega should never make another Sonic game ever again.

Christian: Back in the late 90s, a sad thing happened: 2D gaming died. I don’t say this because I’m a hardcore retrogamer who thinks that 3D destroyed videogaming. On the contrary, I think it ushered in a wonderful new era of games. However, I think the death of 2D gaming was like ceasing to make comedies because someone else invented the horror genre. 3D games should continue to thrive, but that does not mean that 2D gaming should have to die off completely.

Some games have thrived in their new 3D worlds, like the Zelda series. Some games have cast off their roots and become entirely new games with the same old faces, like the Mario games. And some have become garbled pieces of garbage, lost in translation from 2D to 3D, like Sonic the Hedgehog.

Sonic’s appeal in the 2D era was largely his speed. Tearing through Green Hill Zone at breakneck speeds was always a good time, and the level design was so on-target that you never had to squander that speed by slowly traversing the levels, fearing poorly placed enemies or pitfalls.

3D Sonic games simply don’t work. Moving through 3D worlds at 10,000 MPH in every direction just is not fun because it’s too difficult to navigate at high speeds. The problem isn’t Shadow the Hedgehog, Werehogs, or the reverting of Dr. Robotnik’s name to Dr. Eggman—it’s that Sonic just doesn’t work in 3D.

Eric: With the recent incarnations of the series, it really does look like Sega should never EVER make another Sonic game again. However, things can always change!

First off, you know Sega never WILL stop making Sonic games. That would be like Square no longer making Final Fantasy games. Too many people buy them on name alone to just stop making them completely. Perhaps Sega will take a break from making them or at least slow down…but they will most likely not stop.

They shouldn’t stop anyway, though. Gaming without Sonic would be just like gaming without Mario. Just too weird. We need our mascots! So, they should just stop trying so hard to make god-awful Sonic games.

Christian: When I first got an Xbox 360, I immediately got Xbox Live. I wasn’t thrilled about the price tag, since I had most recently been using the PS2’s free online service, but I rationalized that it was only about $5 a month for a very robust online service. I still use it, and I don’t mind paying a nominal monthly fee, but there are a few things that irk me. Most notably:

So, maybe Microsoft can get away with charging a few bucks a month for XBL, but there’s a lot of room for improvement.

Eric: Of course it would be nice if online console gaming was always free. However, I am not sure how realistic that would be, since companies know people are willing to pay for it. Online gaming is much too important a part of my personal gaming to see it disappear just because I was a cheap bastard. The most basic of online console gaming should always be free. Paying for these services should come with a greater quantity and quality of games as well as easier to use services…blah blah blah blah blah.

In the end, what it comes down to is that online gaming should be free, but if you throw enough out there, people will pay because people crave their onlineness!!

Christian: Despite all the Nintendo-bashing I’ve done in this month’s Versus Mode, I grew up with the company’s systems and was a big Nintendo loyalist through the NES and SNES years. But then the N64 came out. If any system could ever outshine the glory of the god-like SNES, then it would have to be one of the greatest creations in the history of mankind. A machine that allowed me to play hundreds of nearly-identical subpar racing and fighting games on a controller that looked like the business end of Poseidon’s trident was hardly a suitable replacement. 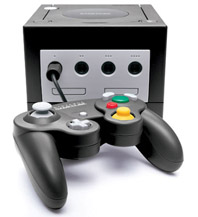 Then there was the GameCube. Skeptical, but hopeful, I bought it. Unfortunately, the GameCube demonstrated a pattern that started with the N64 and still continues today with the Wii—good first-party games, bad third-party games, and ridiculous controllers. Other than Nintendo’s usual first-party gems, all good third-party games of the era could be found on Xbox, PS2, or even Dreamcast. In the end, GameCube really brought nothing to the table.

Eric: Hell yeah it sucked! Almost as much as the N64. Good ol’ Nintendo. They made a long line of poor decisions after they made the SNES!

If I were selected to be a contestant on a game show, and the consequences for losing were death, then I'd find a safer game show.