Puzzle Agent, released last year, was at the time what I considered to be a breath of cold, fresh and long-sought breezy air in a stagnant and mold-ridden genre. The graphical style, jagged yet welcoming, really helped set the mood, as did the sound direction, the fact that all lines of dialogue were voiced, and the game’s nice but slightly unnoticeable 3D effects.

With Puzzle Agent 2, I was hoping for more of the same, which is exactly what we’ve been given. The puzzles are similar but feel dumbed down, with puzzles recurring from the first game but with different graphics. Arrangement puzzles are extremely common amongst the new puzzles, which gives me the impression that these were easy to code—that all it took was a graphical switchover and some slight rejiggering. 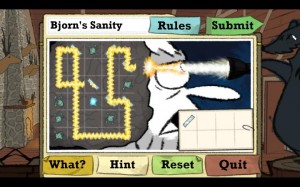 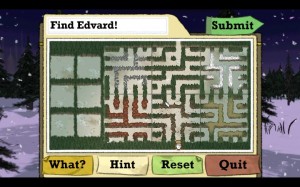 The story now travels completely linearly. If someone doesn’t give you the clues you need, you will no doubt find those clues the second you attempt to leave the current location. Everything seems so convenient in this sequel, which leads me to believe that they were focusing much harder on the story and the humor than on anything else.

The humor is still there, and there is still a fair amount of it being thrown around. On the downside, it’s the same humor as before, with long pauses and awkward silences playing the biggest roles. There are only around four or five new characters; the rest are all from the first game, and everybody makes an appearance or is referenced in some way. This makes the story almost impossible to follow unless you have played the first game through in its entirely. Even I had trouble remembering who all the characters were, and I reviewed the original game. 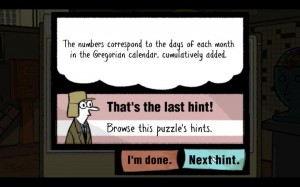 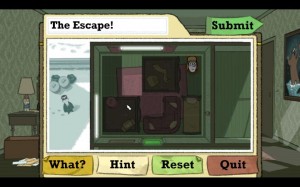 Nothing appears to have changed overall between the two games. There are a few touches, mostly aesthetic, but for the most part this feels like a downloadable content package rather than a second game. If Puzzle Agent is considered an episodic series, then the lack of differentiation between the two games (and lack of developmental progression) can be attributed to its format and I can go easier on the game, but the Puzzle Agent series isn’t considered an episodic series.

Lack of progression aside, the game is still an excellent puzzler. The goal of the game is mostly to complete puzzles in order to progress through the story, but there are also places to travel to and people you will need to converse with. One of the new additions to the Puzzle Agent formula is puzzles that you cannot complete when you first get them. There are many puzzles that feel out of place, because they make little or no sense in connection to the story. There are other puzzles that, whether they connect to the story or not, are absolutely annoying and require a pre-existing knowledge of a subject in order to be completed. 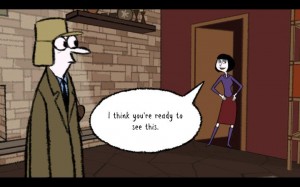 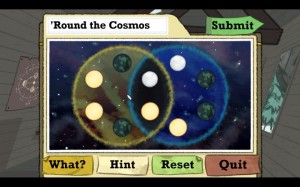 How can you work out the second Monosaki number puzzle without using any hints? Or the mathematical equation puzzle? Or the beaver puzzle? Answer: you can’t. But these are the hard puzzles, stashed inside a game with puzzles that are for the most part too easy and much simpler than the puzzles in the first game. As far as difficulty goes, combined with the practically infinite amount of gum, this game is just child’s play, and besides the aforementioned puzzles I breezed through the game with zero effort whatsoever.

There are bonus puzzles unlocked at the end of the game, but staying around to play them is a question of whether you’re satisfied with the game and its ending, which I am not. Rather than explain what really happened in Puzzle Agent, this sequel refuses to give you anything pertaining to the previous game’s ending until near the break-off point. What it gives you does the usual trick of leaving more things unanswered than before. 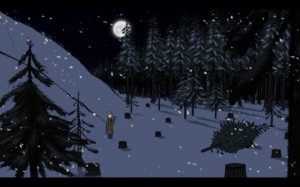 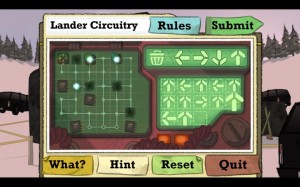 The sound direction is still crisp and smooth, and the game sounds great. The voice acting is still on top form, and the presentation is the same interesting style that the first game introduced me to. On the downside the game is more of the same, but easier. The ending teases a Puzzle Agent 3, but I find myself disinterested in the idea, all thanks to a poor ending which did not make any sense, and left a lot more to be clarified.

Even though the ending disappointed me, Puzzle Agent 2 is still a fab puzzle game. If you have played the first game, then this sequel is an excellent recommendation, but due to the strong amount of similarity between the two games and their puzzles, I would give it a short pause between playing the two of them.

Telltale raised the bar with Puzzle Agent, and this sequel keeps the bar held up, though showing signs of stress and tension around the shoulder blades.