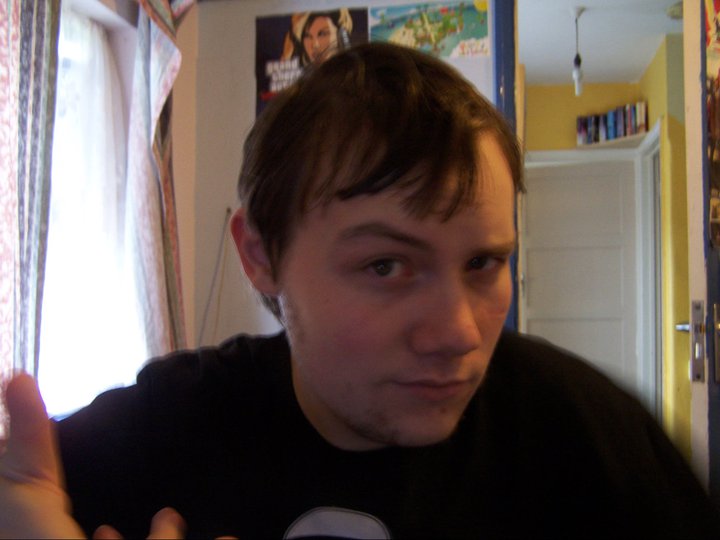 It’s quickly becoming a thing that, whenever anything new gets posted to the site, it was probably written by Matt Jonas. Commenters just assume that he wrote all the reviews; podcasters poke fun at the fact that he’s taken over entire sections of the site. I even made a joke last week that he must’ve been sick, since he only submitted one review…and then he made up for it this week by sending FIVE into the GameCola queue. (And we love him for it.)

To put that into perspective, in our old, monthly magazine format, his five articles would’ve amounted to one writer’s contributions for nearly half a year.

So you could be excused if, for example, you just assumed that every article was written by our most prolific writer since Michael Gray was writing “Inside the Guide,” “The Ten Reasons,” “Carbonated News,” “Oh, the Humanity,” and blog posts about Abraham Lincoln all at the same time; but—you gotta trust me on this—other people write for the site, too. In fact, 23 people currently comprise Team GameCola. Take a look:

Your job for this weekend—should you choose to read this sentence, and thus enter into a legal obligation with GameCola—is to go on a scavenger hunt to find at least one contribution from each individual on that list, and post a comment on it.

In addition we have several new writers who will be starting with GC over the next couple of weeks, such as Frank Jacobs, who’s already got a review of Operation Body Count in the queue, and Daniel Castro, who I believe is actually waiting for me to read over his article and give him some feedback…I’d better get on that soon…

• Sony announced a price cut for the PS3, dropping the system down from $300 to $250. [Insert yet another joke about how hilariously overpriced the PS3 was at launch. People love it!]

• Rock of Ages came out with a new trailer, too, reminding us all how much fun just smashing things with reckless abandon can and should be. 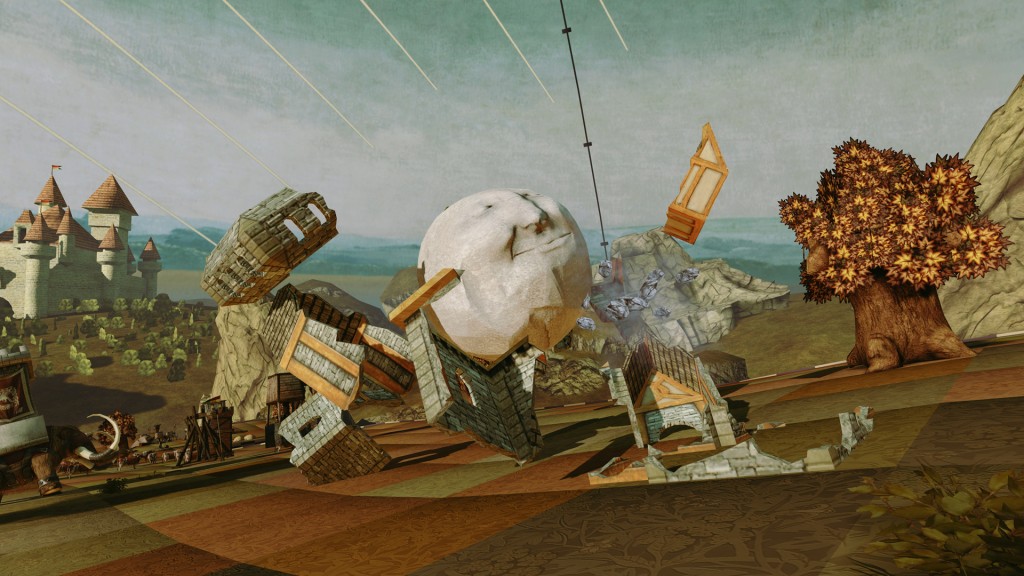 I mean, just look at how much fun that boulder is having!
Actually, don’t look. That face…oh God, that face!

• And, fourthly! A new Trine 2 trailer came out yesterday, giving me yet another excuse to Trine out some terrible puns.

• Mark “stop calling me Matt Jonas, Paul” Freedman reviewed OMG-Z, a downloadable PS3 game about shooting zombies, which is definitely not the same description as half the games on PSN.

• Matt “actually Matt Jonas” Jonas reviewed Crash Bandicoot: The Wrath of Cortex, a game apparently made better by the fact that the original developer stayed far away from it.

• And, Matt “this joke is getting old now” Jonas also reviewed AR-K: Sex, Lies and Homework and Alt-Play: Jason Rohrer Anthology, two games you will probably never see together in the same sentence again.

• The Fiction section makes a thrilling return to GameCola, as Mike Ridgaway chimes in with the penultimate edition of “Quantum Geek”! Mike started writing this (nearly) monthly story about a boy trapped inside a rebellious videogame console way back in 2008, and we’re now a mere one month away from the epic finale. 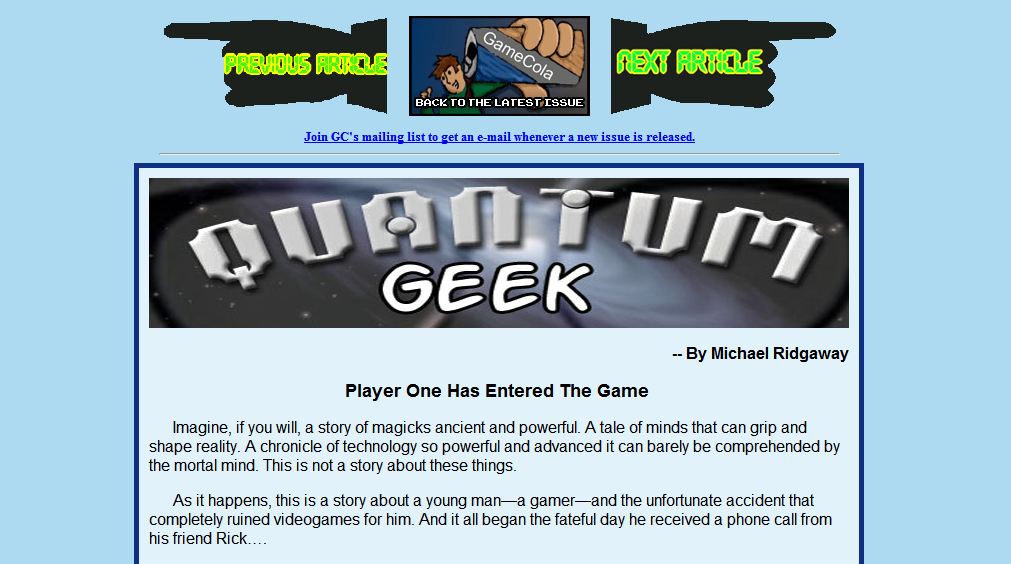 I just love excuses to bring up images from the old website.

Classic ‘Cola of the Week!

Because I like to stay on-theme, this week’s Classic ‘Cola is also from Matt…Matt…actually, it’s from a different Matt entirely! Former GameCola staffer Matt Fraser, who wrote for us from 2007-2008, chipped in this review of Guitar Hero III a while back.

The closing sentence of this review is as follows: “Samuel L. Jackson turned the ignition key on the car, revved it, and drove off into the morning light, ready for another day of being fucking awesome.”

I’m sure you want to see how we got from Guitar Hero III to that. Check out the review here. (Caution! Not safe for work!)

And that was the week in ‘Cola! If you want more Matt Jonas, check out his personal blog here; and if you’ve enjoyed this and other GameCola offerings, be sure to like us on Facebook, follow us on Twitter, check out our YouTube channel and subscribe to our podcast, because we do it all for you. Just look into our eyes. You’ll see what you mean to us. YOU CAN’T TELL ME IT’S NOT WORTH DYING FOR!!!

Ahem. Sorry. I got a lil’ Bryan Adams on you. I love you all.

Hello everyone, and welcome to Inside the Guide, the only article on GameCola that discusses writing guides for videogames. You know, I post my guides on GameFAQS under the pseudonym "The Lost Gamer."