Why bother playing old games, when you can play a new game that is just like an old one?

We’re finally getting that Kirby 64: The Crystal Shards follow-up that we’ve always wanted. Except, not quite. Well, we are but, it’s…well, it isn’t, but…oh, darn it.

My major problem with Kirby’s Return to Dreamland is that the game does little new; it’s standard Kirby fare from the very start until the very end. You select stages from a map screen and progress by completing each one. To unlock the final bosses and an alternate ending, you need to collect all the plot coupons in each stage.

We’ve been doing this for a decade in the portable Kirby titles. Personally, I expected something more than just reusing an old formula. There is nothing new on offer here besides a few challenge rooms.

Oh, who am I kidding—Nintendo’s been doing this for years.

Return to Dreamland is the only Kirby game I have ever played that feels like a complete clone of previous games (not even the remakes like Nightmare in Dreamland or Kirby’s Super Star Ultra felt that way). This doesn’t mean that Rerun through Dreamland isn’t good; oh, heavens no. It just means that the game isn’t worth your money. Or anyone’s money. 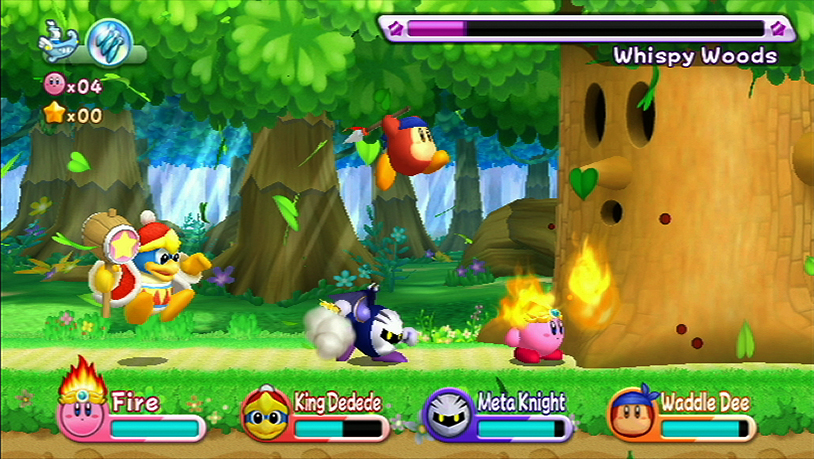 We’re Nintendo—all we focus on now are multiplayer family games!

The Story Sucks Harder Than Kirby

It seems that with each new Kirby game, a new set of rules concerning the game world is introduced. On several occasions we have had characters completely disappear from the story, and we’ve had the geography of Kirby’s world change with almost every game. This game is no different, with absolutely nothing to tie it down to a specific place in the series’ timeline.

Maybe I’m the idiot for trying to argue the canon of the Kirby series.

An extra-terrestrial being named Magolor is peacefully flying his starship, the Lor Starcutter, through deep space. He is boldly going where all great villains have gone before: Kirby’s home, Dreamland. Magolor tears a hole in time and space, trashing his starship in the process. During the collision, parts of his vessel become separated and scattered across Dreamland.

Kirby and his friends Waddle Dee, King Dedede and Meta Knight see the whole thing happen. They agree to go looking for the parts for no real discernible reason. (I like to think it’s because they were bored. I get the impression that nothing even remotely exciting happens on a day-to-day basis in Dreamland.)

The goal of the game is to collect parts of Magalor the Almighty’s ship or the energy spheres needed to power it. After succeeding, you then go to the dimension of Halcandra to defeat a new villain who is terrorizing Magalor’s home world. Along this journey you fight a bunch of enemies and solve a few tricky puzzles. This is what Kirby’s done for all of his videogame career, but with even less creativity this time; only a handful of moments can be considered inventive or clever. This shows HAL Lab’s incompetence in delivering the product I have waited a decade for. Or maybe my expectations were just too high. 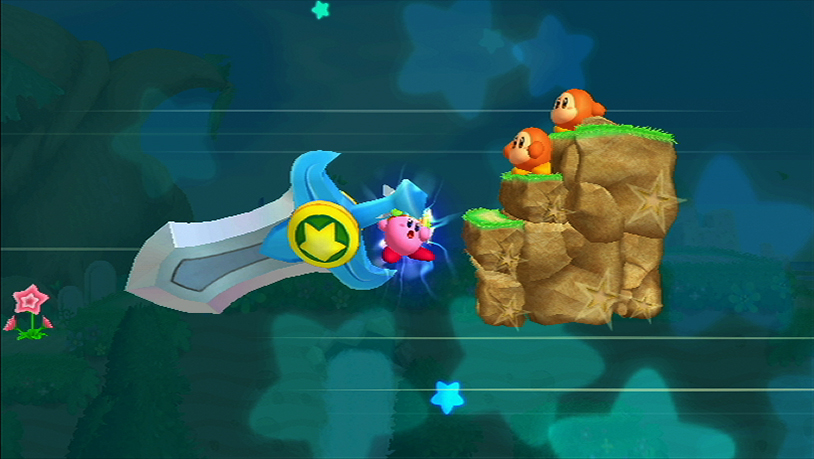 More great moments such as this, please!

At least a lot of care went into the presentation. Or did it? I am so confused right now.

Kirby’s major ability is that he can swallow creatures whole and obtain their powers or skills. Dreamland Wii features a small number of abilities. Some are new, though most are returning abilities from older titles. Compared to the number of skills in Amazing Mirror or Squeak Squad, this selection is just straight up embarrassing. Each of the new abilities is interesting and fits within the Kirby universe, but there’s only four of them. Correct me if I’m wrong, but I thought Wii discs were supposed to have at least 1,000x the storage capacity of a Game Boy Advance cartridge. Could have fooled me with the COMPLETE LACK of new content.

There are also new “Super Powers.” Five of them. These allow you to destroy everything on screen with devastating effect. So, in total there’s only nine new skills? This is absolutely mortifying. Don’t give me just a taste of something new; I need more!

Return to Dreamland is still a Kirby game that fans will relish, however, as that is what fans do. If you’re not a fan of the series, become a fan of the series by playing a better game than this one, then don’t play this one unless you become hooked on the series like I am.

But it should have been a lot better. 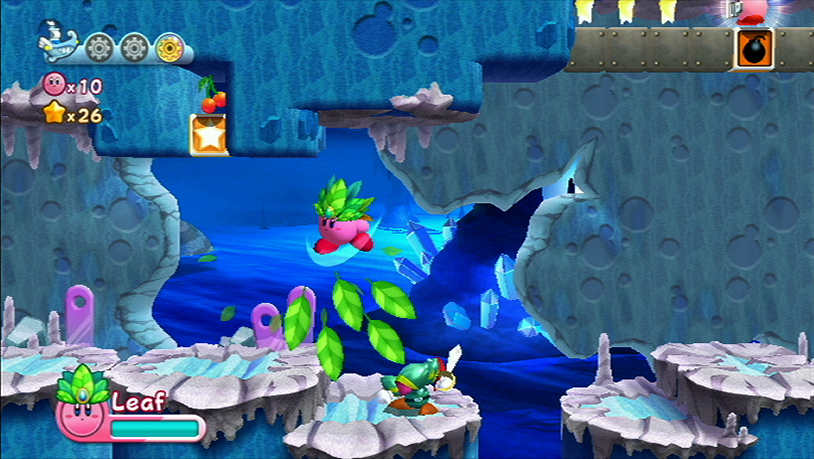 The world is an emotional hellzone if you're marginalized. Especially when you gotta fight the fascists in your giant, body horror, meat mechs.