I’m a casual gamer, though I never used to be. Here is a short story about why you should be, too.

Happy new year. I’ve been catching up with all the gaming I’ve missed over the last few months, and what better way to do that than with my iPod Touch?

I no longer make those day-one Green Day: Rock Band– or Sonic Unleashed–style purchases. Since becoming a casual gamer, I refuse to spend big money on games. Previously, I would’ve been the first one through those GameStation doors for Beautiful Katamari; now I’m just scouring for freebies, gifts, or those one-day gaming deals you just have to take advantage of.

This is entirely because of the “AppStore,” the place where dreams are born and destinies are fulfilled—or something equally as fucking trite sounding. 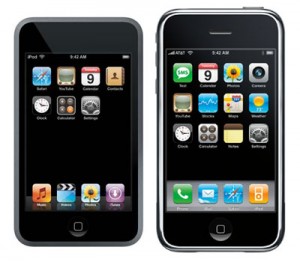 You can access the AppStore from any iOS device (that is, any device running the touch-driven Apple operating system). The AppStore is an easy to use system whereby the user can purchase and download games and applications to their iPhone, iPod Touch or iPad.

Some of the games are incredible. From a glance, Gameloft titles could easily be mistaken for Xbox Live Arcade games. Eternal Legacy and Tintin are the most impressive that I have seen. Tintin actually looks better than its console counterpart.

Games are often discounted on the AppStore. Some are free—well, more than just “some.” There are a lot of free games on the AppStore. How many games has Microsoft given you for free? Maybe two a year, if you’re making a list and checking it twice.

You’re seeing new freebies on AppStore every other day. Normally they’re supported by adverts or by purchases within the game, but you never really have to buy anything to get a sense of enjoyment. A game like Blood & Glory is fine to play until it gets hard, by which point you can just delete it and find something else to play.

Gameloft’s latest free game, Six Guns, allows you to complete the whole game without making any purchases. You’re getting a 5+ hour game for what is effectively no cost. You can augment the experience with purchases, but they are not necessary, unlike in a brutally difficult game such as Blood & Glory. 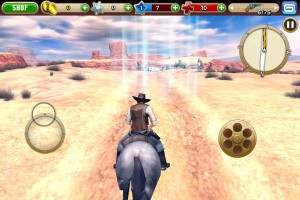 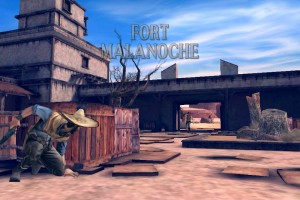 Getting these games for free has turned me into a really picky sod. When I walk into dedicated gaming stores, I just get so disgusted. Why should I pay excess of $15 for a game when I can have hours of fun on my iPhone for just $1? If a game appears on an official Apple advertisement, you’re thinking…give it a few weeks; it will be free. Sure as night turns to day, it happens.

So you’re sitting like Lord Muck with all these free games and you don’t know what to do with yourself. You’ve hardly the space on your device for all of them, and you’re never going to play more than twenty minutes of each of them because your attention span is shot from all the festive booze. …Unless the game is triple distilled addiction. 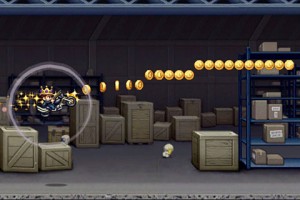 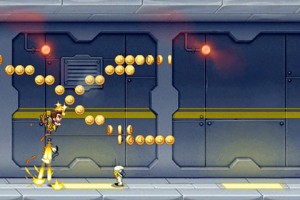 Jetpack Joyride, snapped up as a freebie. Seven hours playtime and counting…

Becoming a casual gamer has really colored my judgement on game prices. Enjoyment cannot be given a price, and there is nothing I value more than having a great time. So why should I be so picky about having to pay for the things I want? First of all, it’s my money, and I think I deserve to have some say in how much of it I spend. Secondly, publishers still insist on releasing the new console blockbusters for $60, while the AppStore still remains a very small and developer-based market.

I undercut the big companies and help the smaller developers. The games are cheap, they give me hours of satisfaction, and some of these games even rival what I have seen consoles achieve. 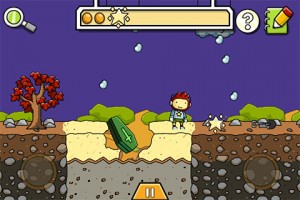 A Scribblenauts game that you can actually play?

So many great games also get ported to iOS, with added features and improved visuals (like Scribblenauts Remix). You can grab a large library of games for under $20, and it will last you for weeks and weeks.

You may have noticed that I’m mostly reviewing iPhone games now. They’re short, easy to write about, and don’t scathe the wallet. There is always something else to play. Although the games are cheap, these Apple devices are still mega expensive. With that understood, the library of games is ever growing, and there’s always something free or cheap right around the corner.

You get “deals” on the Xbox Live Marketplace or the PlayStation Store, but they’re not deals, are they? Yeah, Call of Duty map packs a dollar off, fucking derp. Grab yourself one of these shiny Apple things and start enjoying fair-prices for a change.

Your own Dragon Ball fanfiction comes to life! Again!