New information has come to light concerning Professor Layton vs. Phoenix Wright, the Capcom/Level-5 collaboration starring our favourite lawyer. Unfortunately, there is still no release date besides “sometime this year if you’re lucky,” but according to Andriasang, attendees of the Ace Attorney 10th Anniversary celebrations were shown a small section of anime purportedly from the game!

I’ll believe it when I see it– 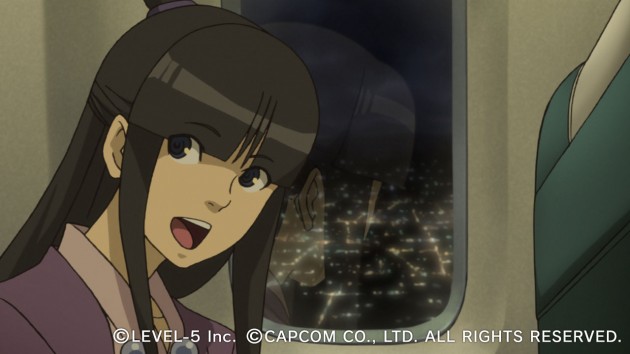 TOO CUTE. DAY ONE PURCHASE.

Well, this isn’t really news, is it? We already know the game features full-motion video, because we’ve been bombarded with it in each trailer.

It was revealed at said VIP party that these animated sequences are the work of BONES. That’s the studio responsible for Full Metal Alchemist, which just so happens to be one of my favourite series ever made.

Past triumphs clearly show that BONES can deliver truly beautiful animation, but that is the clincher: we want animation, damn and blast it. 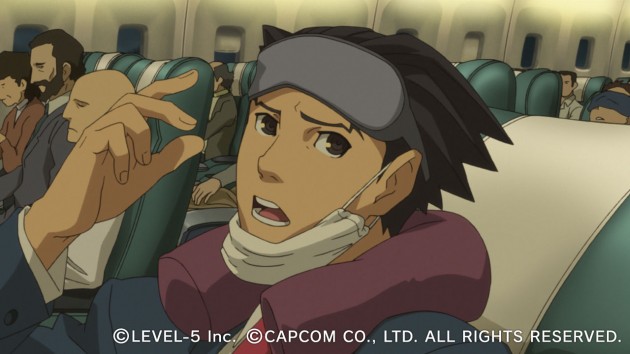 Kind of makes you wish this was coming out for a good system.

I’m sure I speak for all of us when I say, “What we really want to see is a whole series of Phoenix Wright anime episodes.” Get on the blower to Capcom and let them know just how you’re feeling.

In other news, Capcom announced a fifth game in the series without confirming whether or not it would have a U.S. release. At the very least, there is no excuse if they don’t bring the iOS trilogy overseas. Running games from another region has never been a concern for mobile devices, and the games have already been translated before, so think of another excuse Capcom before CANCELLING THAT, TOO!

Why does Capcom like playing with us? In between ruining our lives and imitating infamous movies, Capcom should climb back up to the middle ground and offer us more of what we actually want. Face it, their recent output hasn’t been great, so they can start by bringing the Mega Man Legends 3 prototype to the Nintendo eShop as originally promised. Then we can work from there. Put your back into it, Capcom! SHUT UP AND TAKE MY MONEY!