There is a lot I find offensive about Family Guy: Uncensored. It’s like that time I made a useless throwaway remark about something that happened before.

There’s a Man Who, Positively CAN’T Do…

This is fan-service wrapped up in the false pretense of being entertainment. An unplayable mess of a pile, nothing more than a compilation of smaller games that the developer couldn’t be bothered to make into bigger games or at least somewhat polish. The tiny playable sections that punctuate Family Guy: Uncensored are not great—no, they’re not even good. This game is nothing more than poorly implemented ideas tied together by a thin piece of string I wouldn’t dare call a narrative.

I cannot be bothered to summarize the story; it would take about as much time just to run through the game on its own. After the first minigame (which happens to be the only one worth a snort), you get a Quagmire-themed stage where he is half-naked and swinging from vine to vine. So far, so giggity. 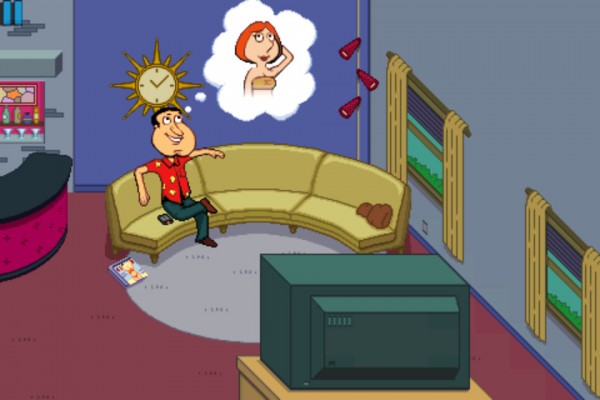 I have trouble accepting that this is the most vivid image Quagmire could think up.

All the Things That Make Us Laugh and Cry.

Less than six minutes in, we’ve had two really poor minigames dispersed by dry banter. The third minigame, which I am intentionally jumping forward to, is even more disconnected from the whole plot. Chris Griffin’s Sketch Arcade is easily one of the worst. With controls based on the iDevice’s accelerometer, how can it not be frustrating and poorly made?

After this, Stewie appears and decides he will do one of those “like the time we did this” cut-aways from the show. This particular cut-away focuses on the time he defeated his half-brother Bertram. 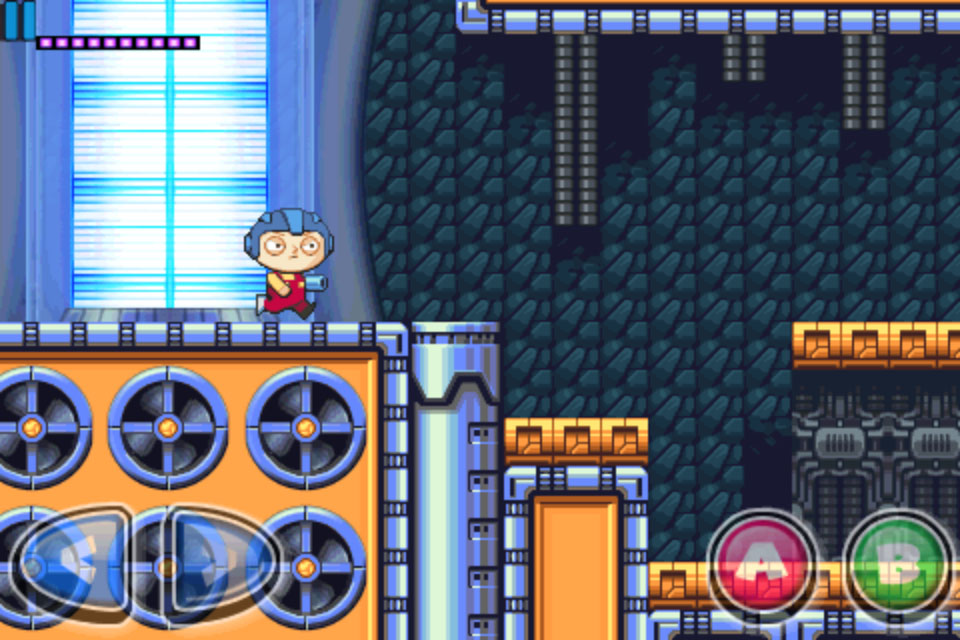 Robo Stewie is one of the few slightly pleasing moments.

Robo Stewie is an homage to the Mega Man X series. The controls, the enemies, their movements and patterns are all in the vein of the classic Mega Man titles, while the visuals are clearly inspired by X. This minigame also includes a rocking soundtrack alike the music from X. There is even a mid-stage boss for you to clobber, featuring another cameo from the television show.

You can’t say it isn’t trying—the game is trying my patience. Does Stewie have to move this slowly? Really?

Straight after the Mega Man stage, you get a flying level called Rocket Brian. As with Sketch Arcade, the controls are awful here. This is the worst game of the bunch. After you complete this section, you get to return to Mega Man mode for a slightly taxing boss fight, Stewie vs. Bertram. 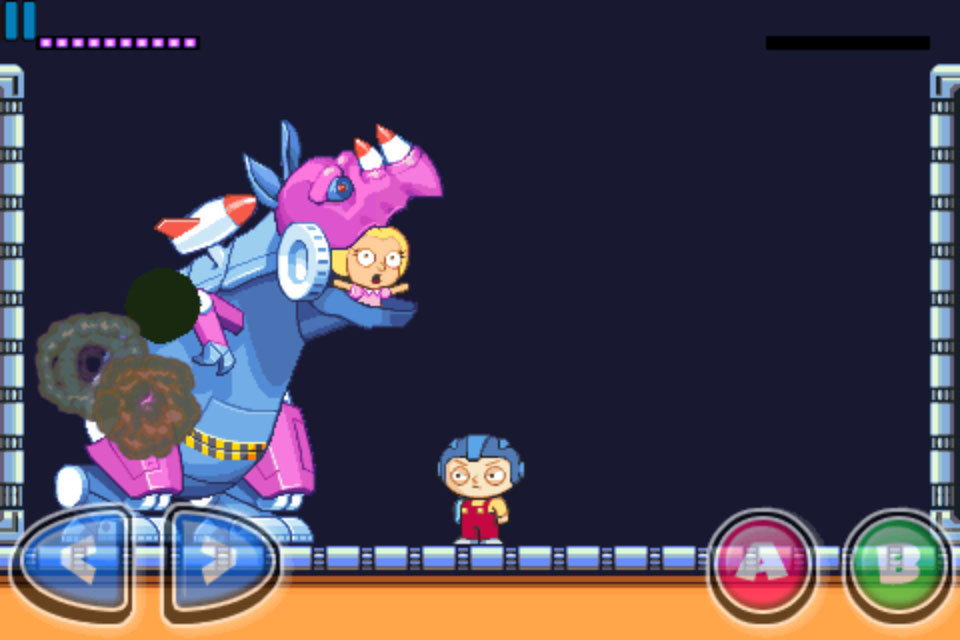 Well, I do say, Brian. I appear to be in some manner of game.

Now you’re just one minigame away from beating the story mode of Family Guy: Uncensored, a woefully short “story” indeed. Peter Griffin gets into a fight with the chicken from the television show. After that, there are two cutscenes, and the game is done with.

There are extra stages to unlock for each of the minigames, but they’re just so passable that I could only bring myself to complete one more before passing the gauntlet. There are supposed to be extra games included through patches, but I don’t see them anywhere.

Uncensored used to retail for $4.99, which I believe is far too steep. Reduced to just under $1, it might sway Family Guy fans into purchasing out of ignorance. I don’t think the game is particularly worth a dollar, not even for the two vague homages to Mega Man.

This piece of shit Uncensored should have been Robo Stewie with a coat of polish applied and a bit of tinkering done to make it less offensive. Either that, or ignored altogether. Pixel-art females your thing? You’re better off with Poker Ladies.

I hope Glu thinks again before releasing another terrible–nevermind.

The story of how GameCola was conquered in a feminist revolution, then restored to normal.